The signing of Footscray legend Ted Whitten (321 games & 360 goals) saw a renewed optimism among all involved with the Club and promised to be a turning point for a club starved of success in recent seasons.

Colin Boyd from Footscray also joined Williamstown, along with an 18 year-old Mark Cross, Robert Fox, Frank Pocevina and Michael Kelly. Brian Lowe also joined the Club from Essendon and played his one game for the season on Fred Cook at Port Melbourne in round 5 in a 109-point defeat. Cook boooted 12 goals, but Lowe bounced back to play in the premiership side the following year. Les Stillman was appointed captain and the third new President in three years, Tony Arceri, father of Williamstown and League footballer Mark Arceri, took on the role. Robert Percy went overseas in 1975 and didn't play at all but returned to the Club the following year.

The season was not off to a great start with wins hard to come by. A five-goal defeat at home against Coburg in round one was followed by a seven-goal win at Oakleigh (Fox 5 goals), but then big losses to Geelong West (83 points), Dandenong (63 points) and Port Melbourne (109 points) left the Seagulls on the bottom of the ladder with a percentage of 65.9. A five-point win at home against Sandringham in round 6 lifted the Club off the bottom, but then further losses to Caulfield, Prahran and Preston soon had the 'Town back in last place, and after 12 rounds Williamstown had just the two wins, ten losses and a percentage of 70.

Worse was soon to be realised as midway through the season star player Les Stillman had a disagreement with the coach and Williamstown were forced to part ways with the captain, after 70 games, 110 goals and dual best and fairest awards in 1972 and 1973. He was cleared to join Coburg. Bill Thompson took over as captain of the team for the remainder of the year.

On the whole the season never gained momentum and Williamstown were declared outright last, a game and considerable percentage behind ninth-placed Sandringham. The wooden spoon and a trip back to the second division of VFA football ensued. The club finished with a 4-14 record, with one of the victories being a six-goal win at home over eventual runners-up Dandenong in round 13 (Ron Fenton 7 goals). The Seagulls then lost by only three points to Port Melbourne, another finalist, the following week.

The Andy Taylor Memorial Trophy for the Club's best and fairest went to first-year player Michael Kelly, from fellow recruits in Colin Boyd and Robert Fox. Fox won the goalkicking for the year with a total of 40. Peter Gardiner took out the Reserves best and fairest, while Neville Kerrs was awarded the Thirds best and Graham Dean in the Fourths. The Seconds failed to make the finals as did the Thirds, which finished fifth. The Fourths were eliminated in the semi-final.

Future President of the Club, Tony Hannebery, retired from football after the fifth round of 1975, after 41 games and 8 goals from 1972, as well as being runner-up to Les Stillman in the 1973 best & fairest award. He immediately went on the committee and became the senior runner for the rest of 1975 and 1976.

Vice-captain in 1906, Arthur Britt, passed away on 23 April aged 91. He played from 1903-06 after joining the Club from St KIlda and Melbourne before that. 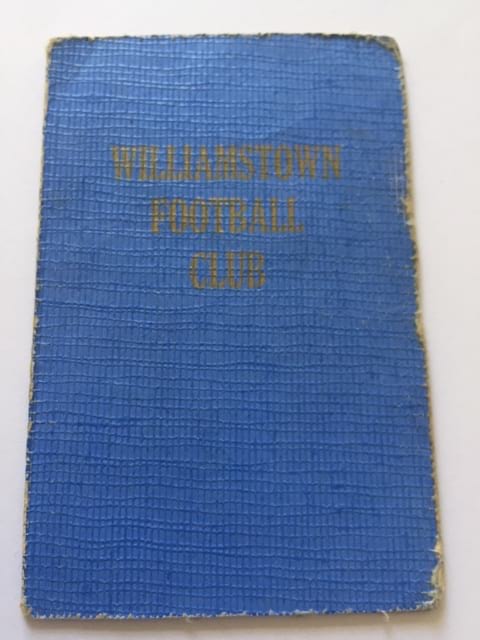 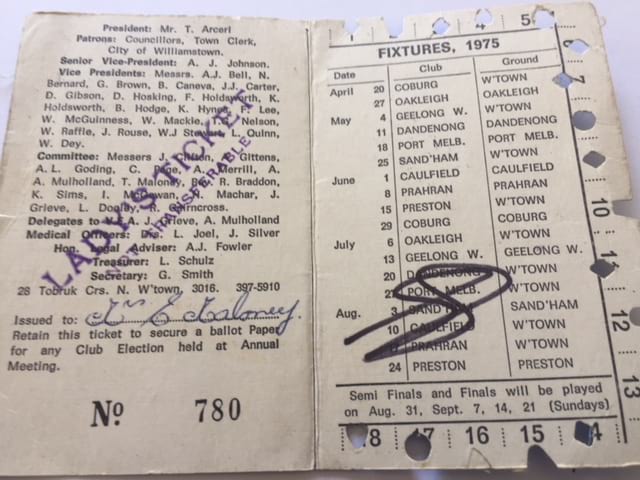 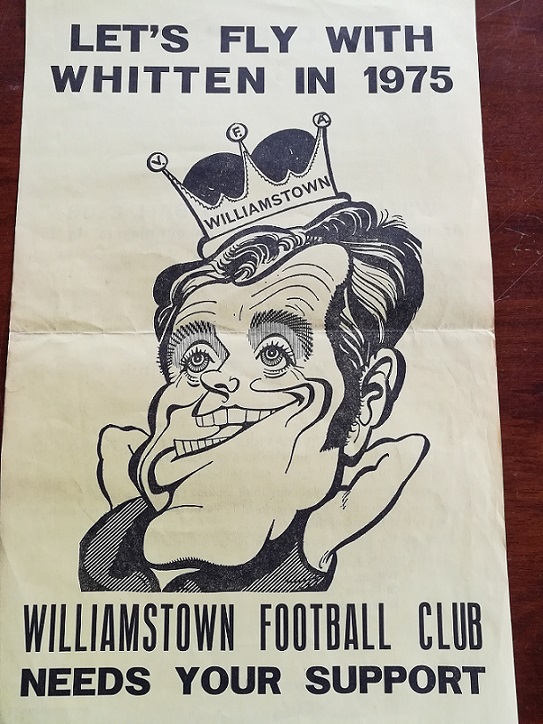 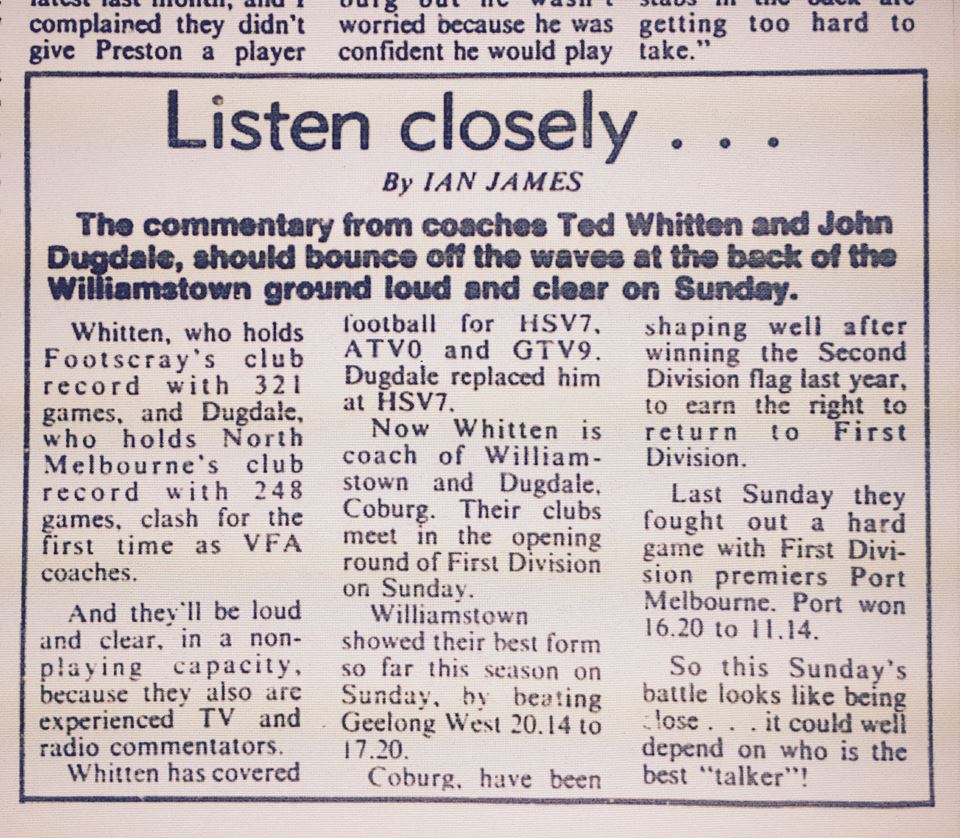 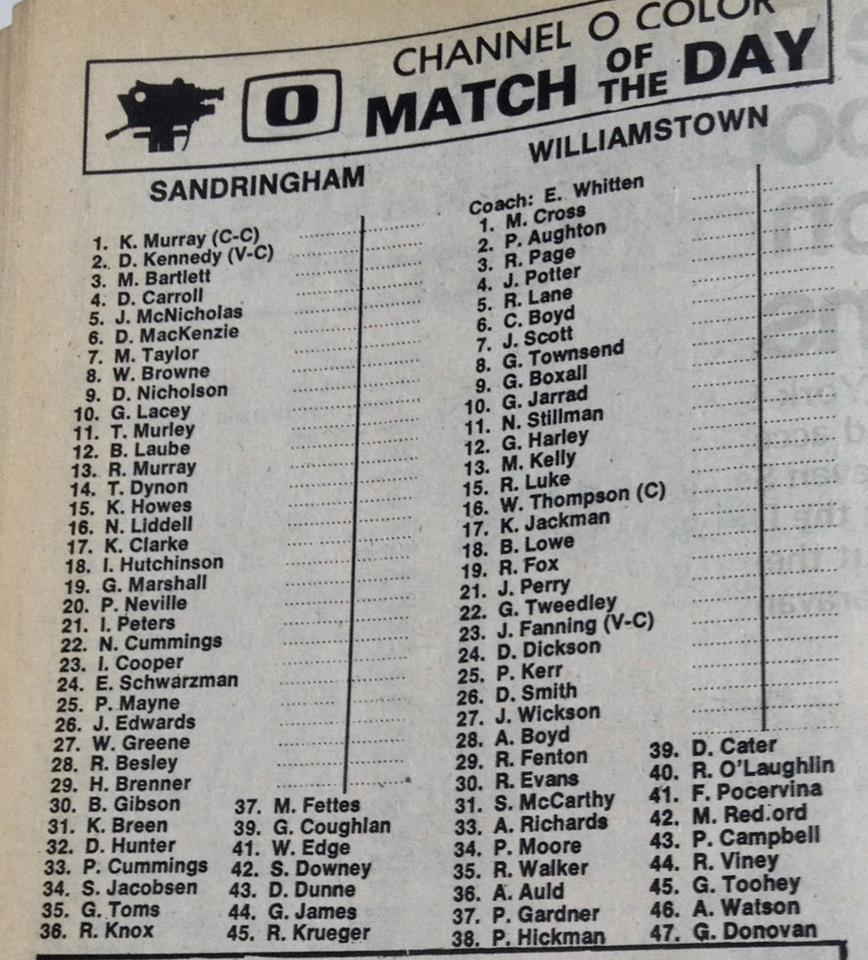 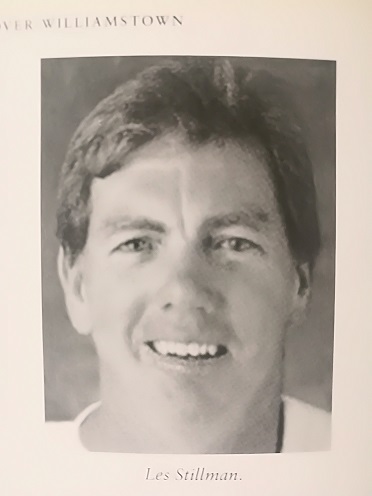 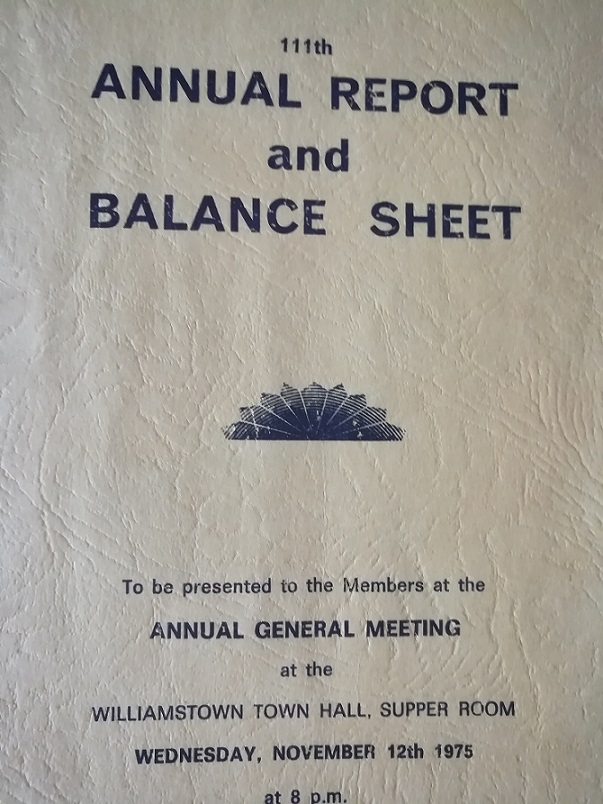 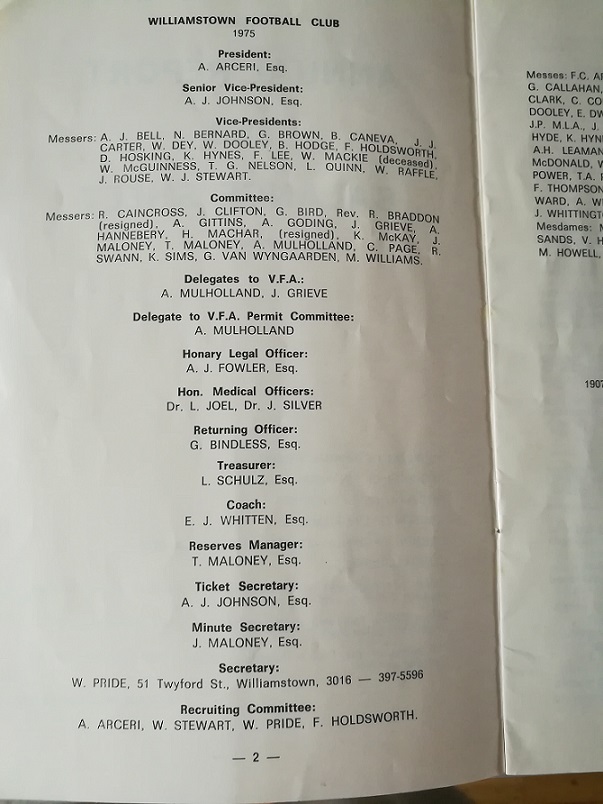 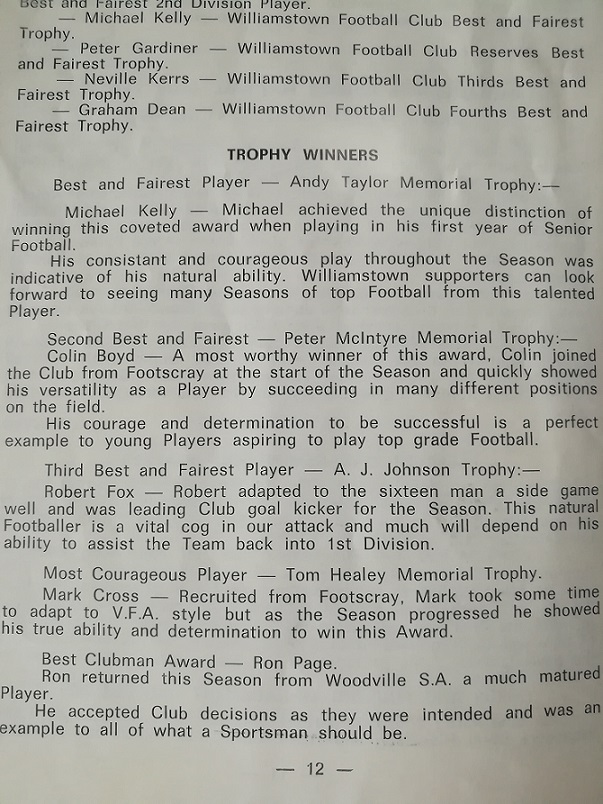 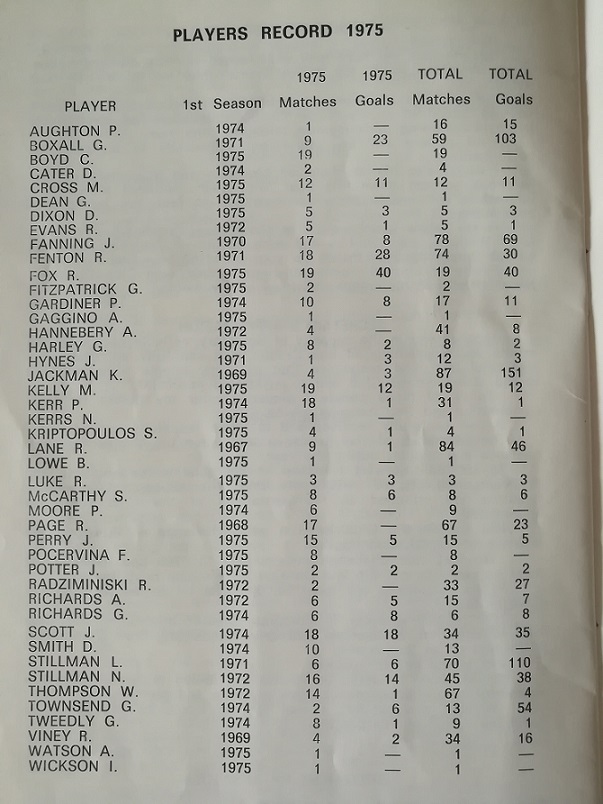