The 1968 VFA season would prove to be a very pivotal one in the Williamstown Football Club's history. This would be headlined by the much-loved ex-Moorabbin (93 games, 265 goals) and South Melbourne (59 games, 66 goals) player Max Papley taking on the reins as Captain-Coach, along with 14 new players. In February 1968, Papley was working in the chemical industry and one of his clients was Ron Marett, licensee of the Yacht Club Hotel in Nelson Place, Williamstown. Marett also happened to be President of the football club. He urged Papley, who was still only 27 years of age, to consider the coaching position vacated by Gerry Callahan at the end of 1967. Papley was also a talented cricketer and was captain-coach of Moorabbin Cricket Club in the sub-district competition. He had told South Melbourne that he would continue playing football provided it did not interfere with his cricketing committments. This included missing football practice matches if Moorabbin was in cricket finals. This arrangement ended with a change of secretary at South, who told Papley that football came first. When South would not relent over the cricket issue, Papley moved to Williamstown without a clearance and took up the job as captain-coach, which was announced on February 29, 1968. South tried to secure Williamstown full-forward Eddie Szyszka in retaliation, but when the Seagulls would not release him Papley left without a clearance, thus forfeiting provident fund payments and incurring VFL disqualification. Williamstown were fortunate to gain his services as he was trying to get a clearance to St Kilda at the same time.

Papley was appointed for three years, but came to a Club at a very low ebb. For the first time in living memory, the youth of the area were not as interested in wanting to play with Williamstown. He also adopted a different style of coaching to his predecessor, with a greater emphasis on skill and set-plays and playing to the open space on the wings. Joining Papley at Pt. Gellibrand was Mick Mulligan from South, Dallas Patterson from Footscray, Ron Page, Paul Hayward, Andy Camilleri and Les Meyers. Misssing from 1967 were Jim Murrie (86 games), Charlie Evans (25 games), Algy Vosilaitis (26 games) and Daryl Ward after his brief comeback.

The Second Division season opened out at Caulfield with a struggling win, 9.13 to 6.17, but things clicked after that and the side went on to win 15 of the 17 home-and-away games, surprisingly going down at Sunshine by eight points in round 7, when the team was weakened by the loss of VFA representatives and injuries to other prominent players. The two teams also played a draw at Williamstown in round 16, with the Seagulls coming from 6 goals down at three-quarter time. Some of the better victories were over Werribee by 62 points in round 2 at Pt Gellibrand (Nankervis 5 goals), by 52 points at Camberwell in round 5, by 78 points over Northcote at Williamstown in round 8, by 94 points over Caulfield also at Pt Gellibrand in round 10 (Szyszka 10 goals, Nankervis 6), at Werribee by 88 points in round 11, by 58 points over Frankston at Williamstown in round 12 (Nankervis 5 goals), by 153 points over Camberwell also at Pt Gellibrand in round 14 (Buchanan 8 goals), by 78 points at Mordialloc in round 15 (Nankervis 7 goals) and 58 points at Northcote in round 17. In the round 3 game at Frankston, the home side led by 7 goals at half-time before the Seagulls added 18.9 to 6.2 in the second half to run out winners by 38 points.

The Seagulls finished the home-and-away season on top of the ladder with a 15-1-1 record and a percentage of 189% and narrowly beat the eventual premier, Geelong West, in the second-semi final before a crowd of 8,000 at Toorak Park, 19.18.132 to 19.11.125. Williamstown led by 39 points at three-quarter time before the Roosters piled on six goals in the dying minutes to almost snatch victory. Geelong West then went on to easily account for Sunshine in the preliminary final.

Williamstown went down to the Roosters in the grand final, 20.15.135 to 18.15.123, in controversial circumstances. A rover named Ian Nankervis was recruited from Carlton in 1967 and, after enjoying a superb debut season with the Seagulls where he took out the Club best and fairest award, Nankervis won the 1968 J. (Jack) Field Medal as Best and Fairest in the VFA 2nd Division. After the second-semi final, while being presented with his medal, vice-captain Nankervis somewhat foolishly used the occasion to publicly criticise his coach, Max Papley's hard training methods, which were necessary to sustain the new style of handball and play-on tactics. It was also alleged that Nankervis demanded more money due to his best and fairest in 1967 and now the Field Medal win. The Seagulls and Papley were outraged, and Nankervis was immediately suspended. He didn’t play in the Grand Final against Geelong West, replaced by Bob Smith, and was sorely missed as Williamstown lost a nail-biter by 12 points at Toorak Park to the persistent Roosters. Despite the Seagulls leading by four goals during the second quarter, Geelong West played themselves back into the game and by half time the lead had been reduced to 8 points. The lead was reduced to five points by three quarter time, and early in the last term the Roosters hit the front and got out to a two-goal lead. At the 21-minute mark Camilleri goaled followed by another from Mulligan as time-on started to regain the lead. However, Geelong West added another two goals to run out winners. Would the result have been different had Nankervis played? That is something that Seagulls fans have been able to debate ever since, as Nankervis had kicked three goals in the second semi victory and 52 for the season and was regarded by Papley as the best rover in the competition. At season's end, Nankervis was sold to Dandenong and the runner-up placing meant the club would have to spend another year at Division Two level. The match was rough with Papley the opposition's target, as usual. Ian Johnson and Mick Mulligan were both reported and Snell of Geelong West was booked for striking Papley. The crowd was 6,000 which was smaller than the second semi-final. Bob Ware kicked 4 goals and Camilleri and Mulligan 3 each. Best players were Ware, Camilleri, Papley, Barnes and Smith.

Williamstown's 1968 Grand Final side was:

Szyszka headed the Second Division goalkicking with a total of 61 majors for the year, most of which were kicked early in the season and only two in each of the finals, while Nankervis finished second on the VFA list with 52. Ian 'Hucky' Johnson won the Andy Taylor Memorial Trophy for best and fairest from Papley and Smith. Camilleri was judged to be the best first-year player. During the season, full-back Tom Russell made his 150th senior appearance for Williamstown. Club legend Kelly Brent took over as head trainer from Bob Major in 1968.

Another interesting fact to come from the 1968 season was that the reserves and thirds committees were disbanded at Papley's insistence, allowing the first grade to take over control of those teams, which had always operated as separate clubs with their own president, committee, secretary, treasurer, training staff, life members, etc. Such a move was seen as unusual by some as the seconds and thirds had stable management for a long period of time, as well as a strong ladies committee which enabled them to be self-supporting throughout the season, but it was done to streamline the selection process.

During the year the Club endured the sudden passing of Victor Hateley, a life member and committee-man for nine years. He also acted in the capacity of timekeeper for six years and was instrumental in forming the inaugural Fourth's team that commenced in 1968, together with treasurer, Alf Leaman. This team competed in the Western Suburban League under 16's, and finished runners-up in their first season. John Bloom was the inaugural captain, Paul Norman was leading goal-kicker, and Mick Halemba won the best and fairest from Ken Smith. Bernie Johns was coach.

Jack Rennie, noted boxing trainer, and his world bantamweight champion, Lionel Rose, were Williamstown's number 1 and 2 season ticket-holders in this season. A big crowd turned up when Lionel attended the round 2 match against Werribee at Pt Gellibrand and handed the match ball to the umpire. Rennie, a nephew of former Williamstown secretary Arch Rennie, played with the Seagulls in 1950-52 (11 games, 3 goals) before turning his attention to boxing.

Vice-president, Kevin Holdsworth, and minute secretary, D. Davies, were awarded life memberships at the annual general meeting which was held earlier in the year. 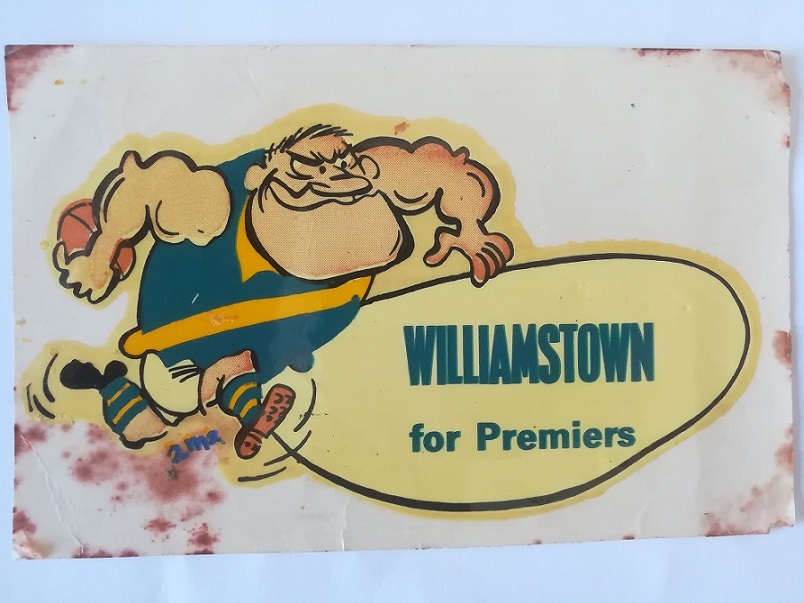 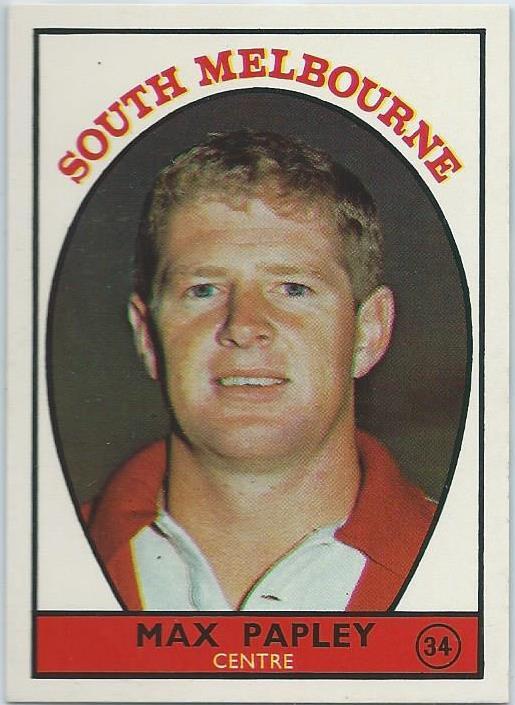 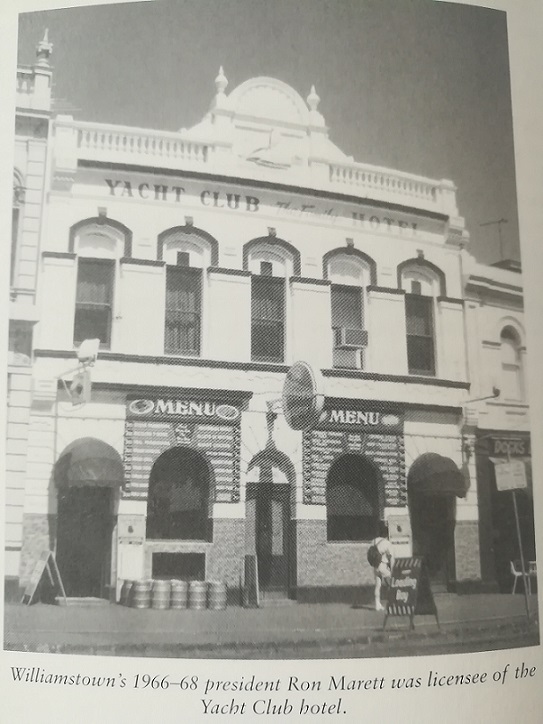 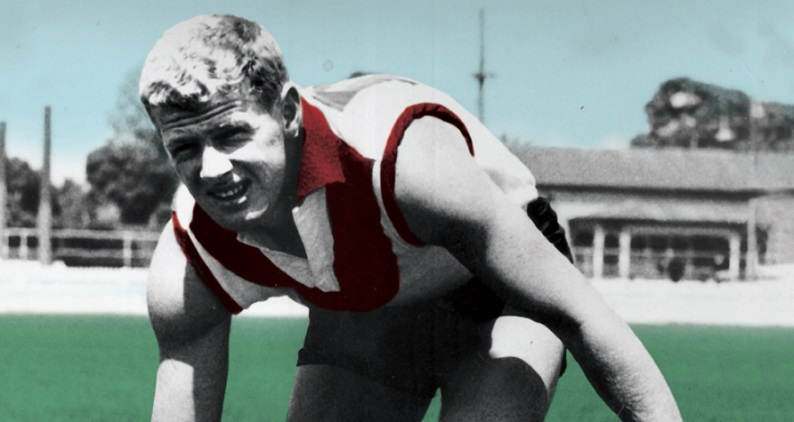 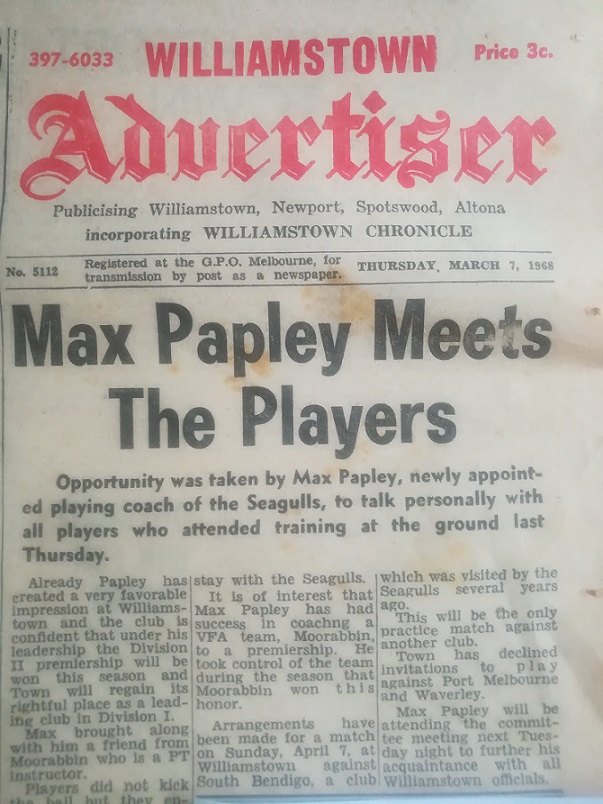 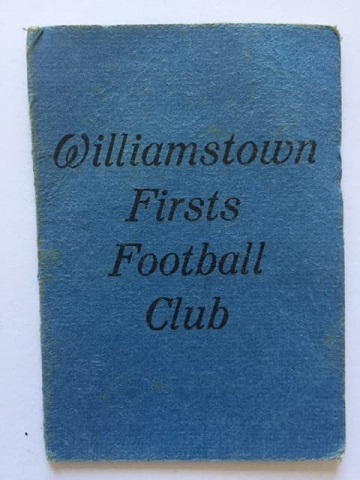 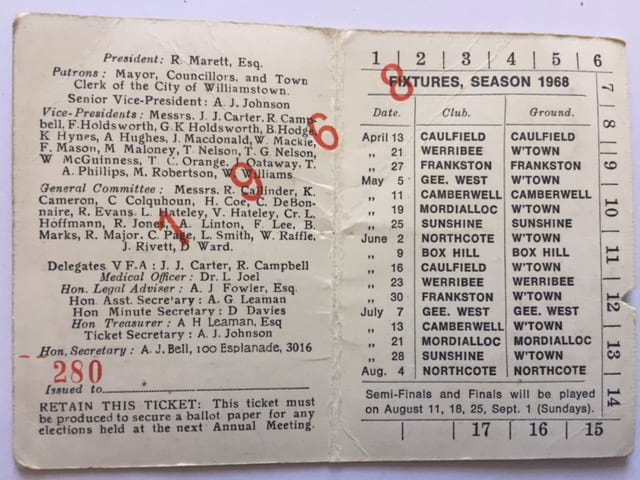 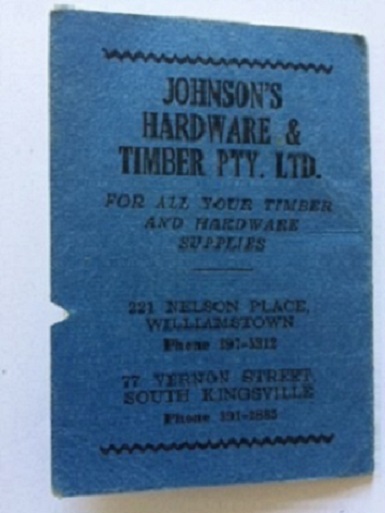 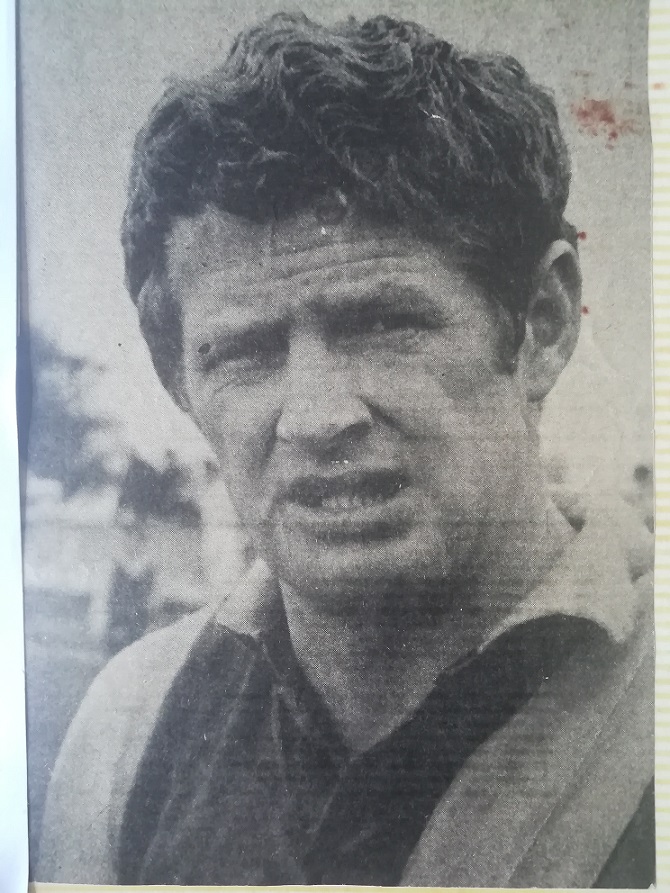 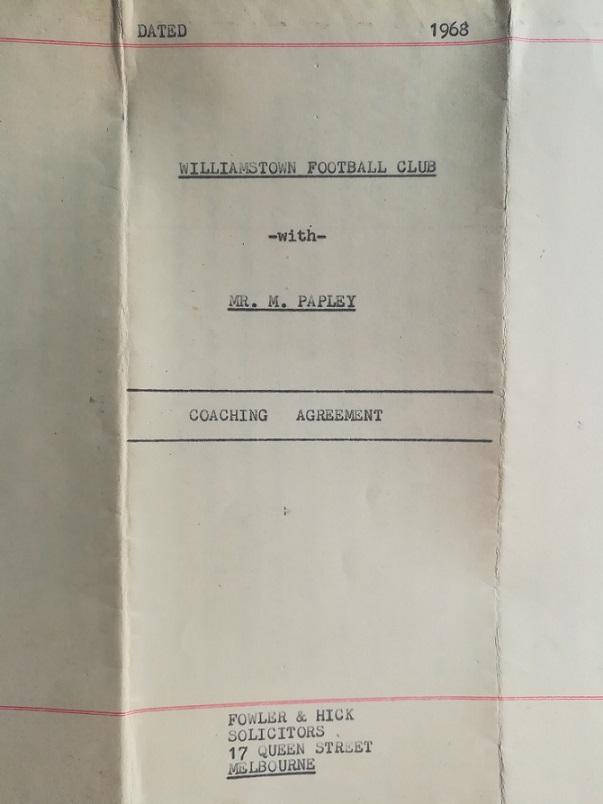 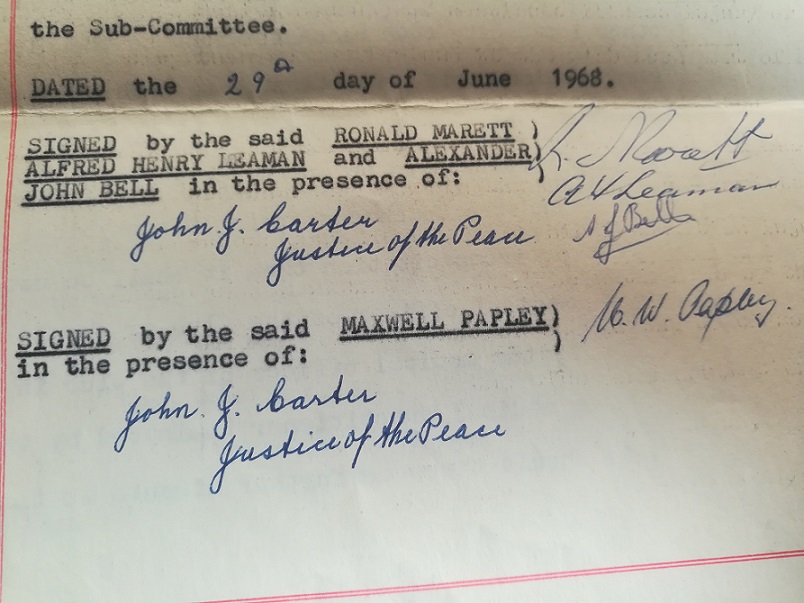 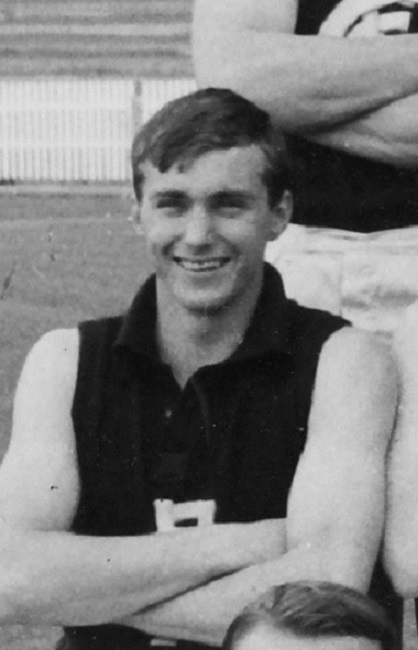 Ian Nankervis in his Carlton days 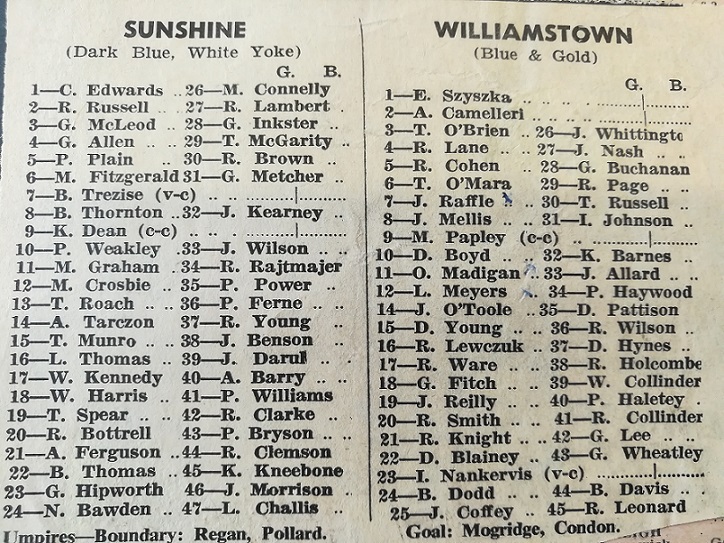 Team lists for the round 7 fixture at Sunshine, won by the Crows by 8 points in the only home-and-away loss for 1968. 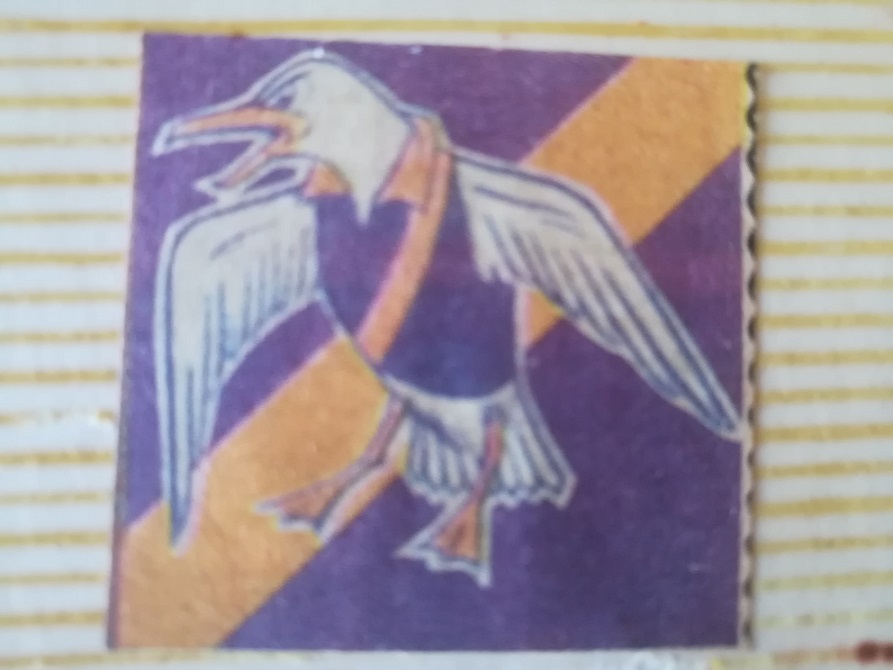 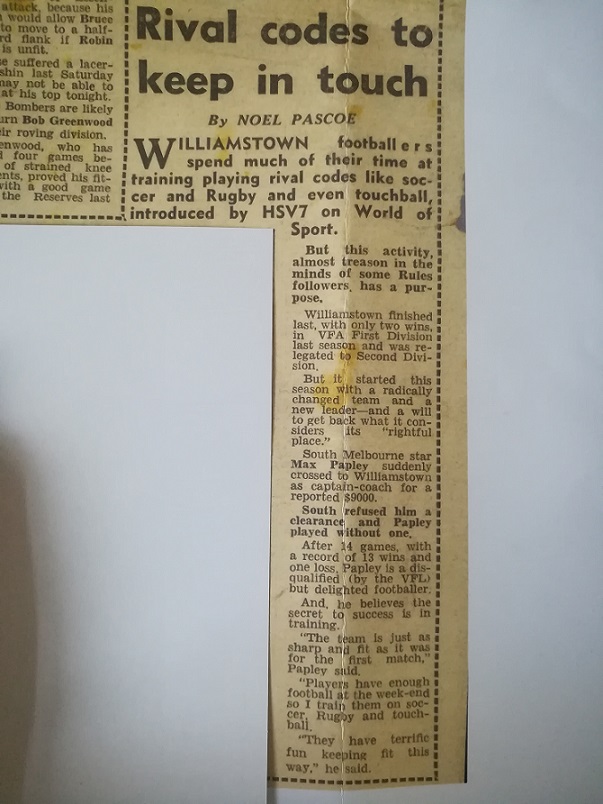 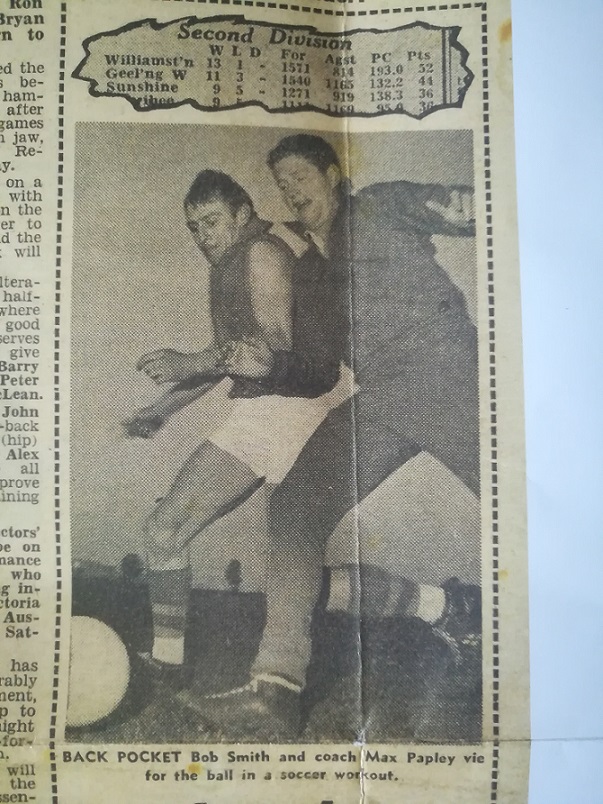 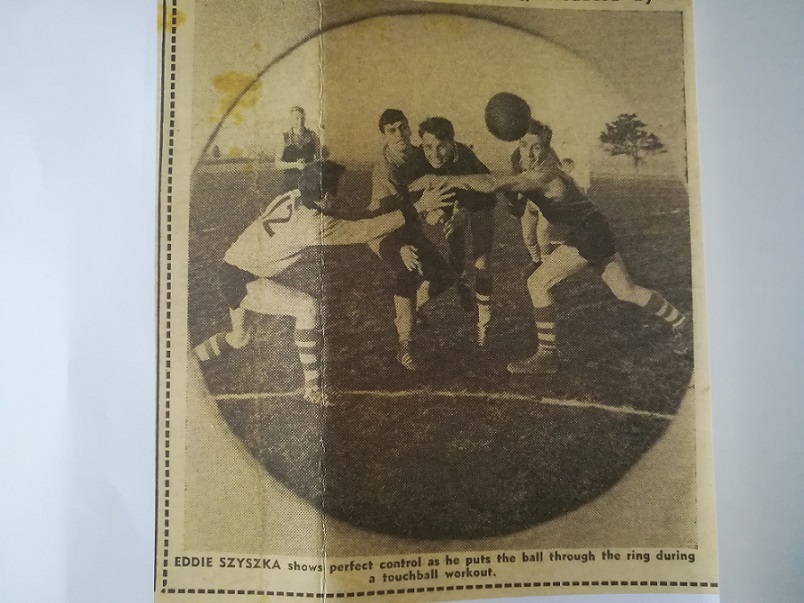 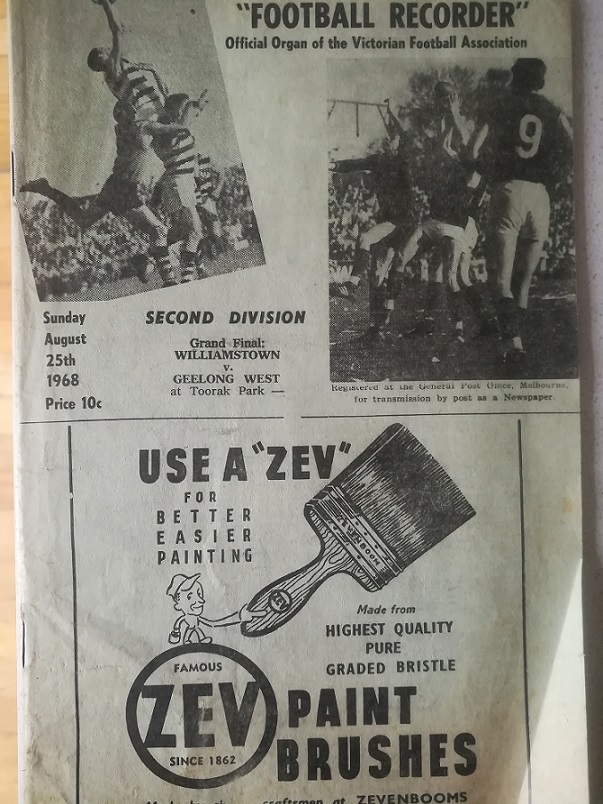 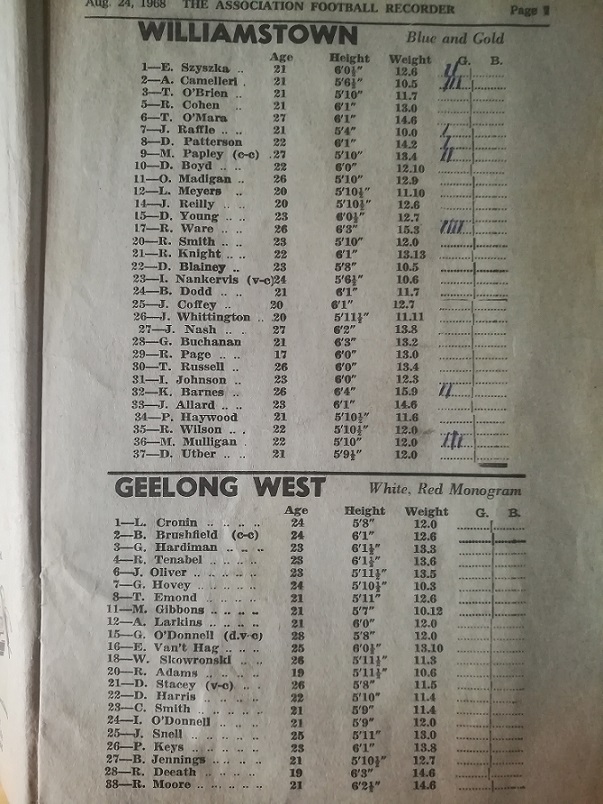 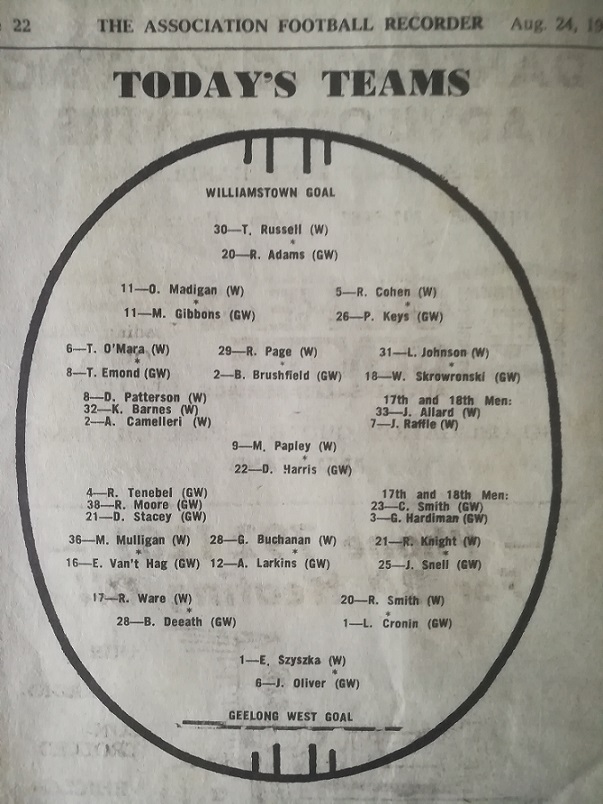 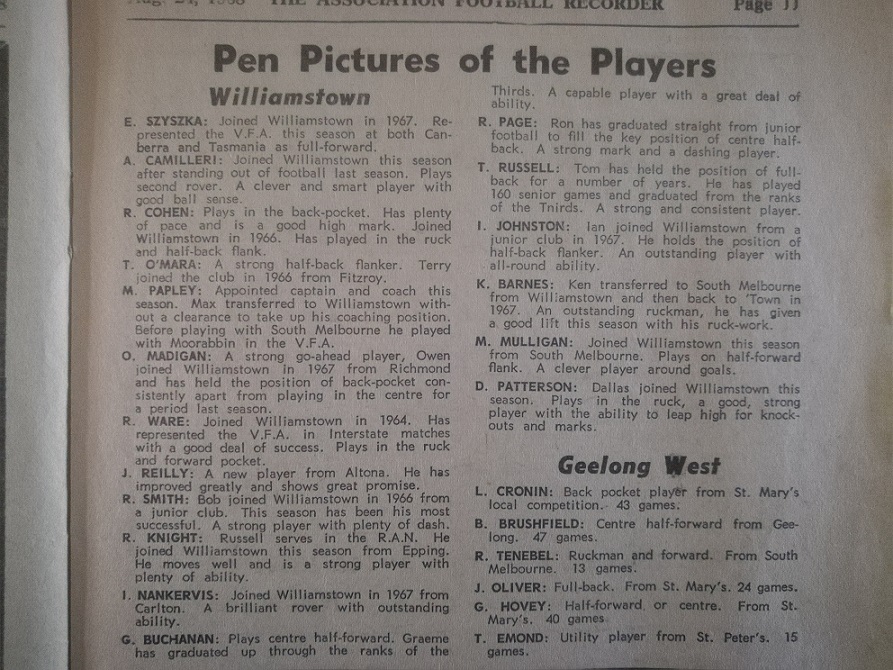 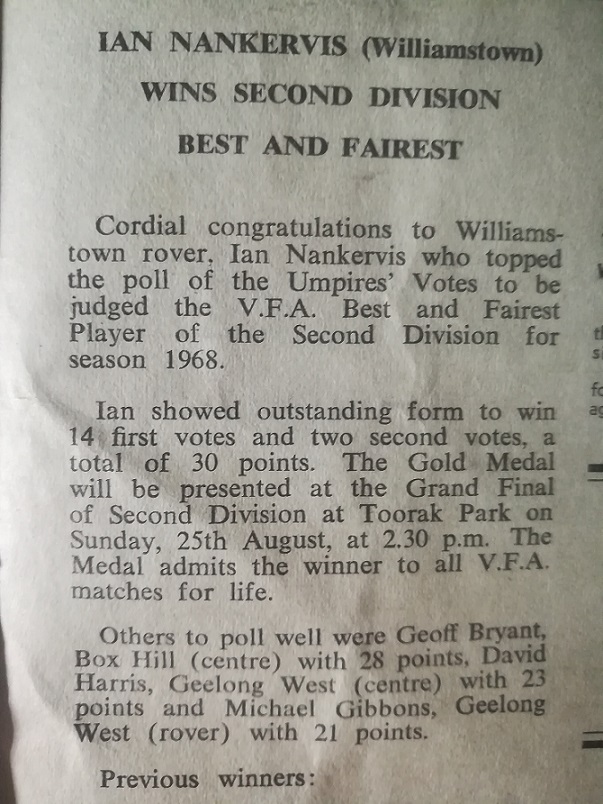 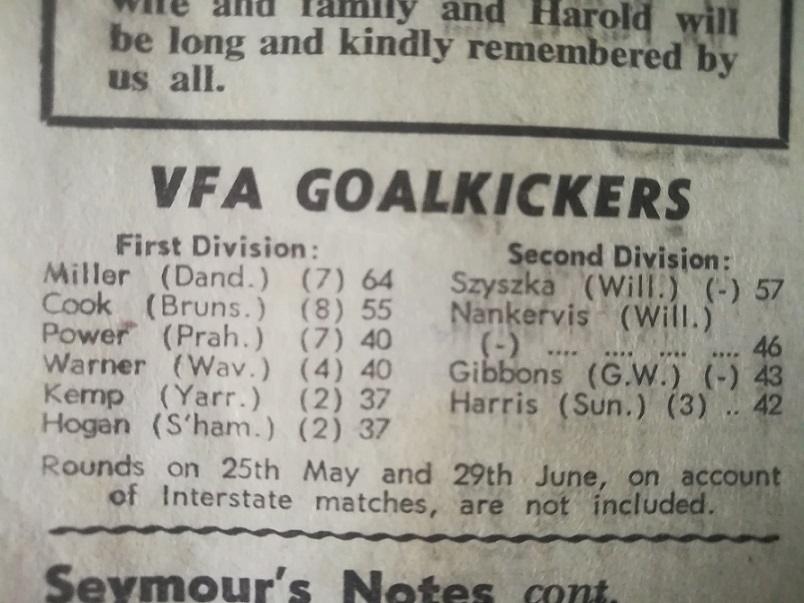 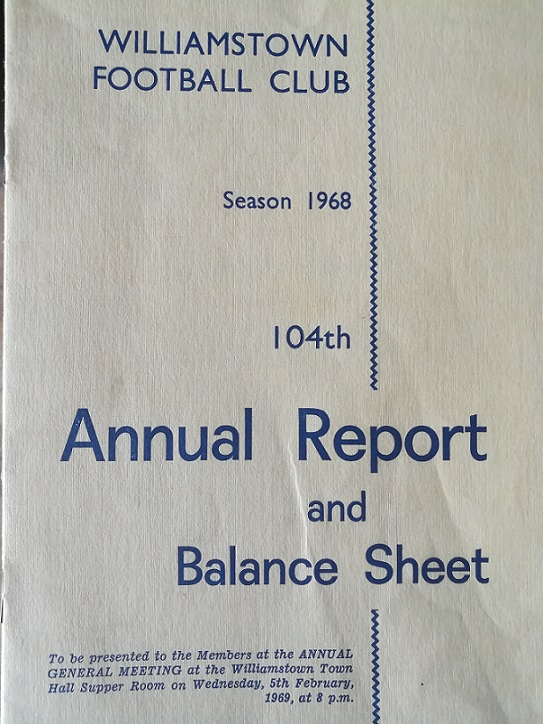 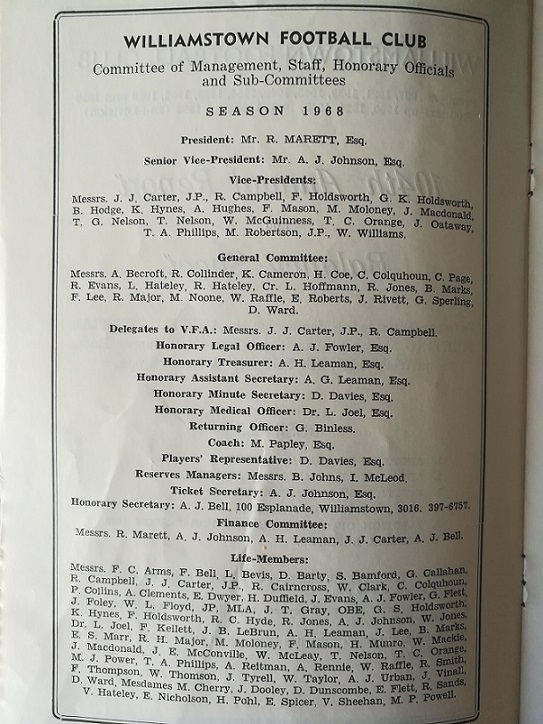 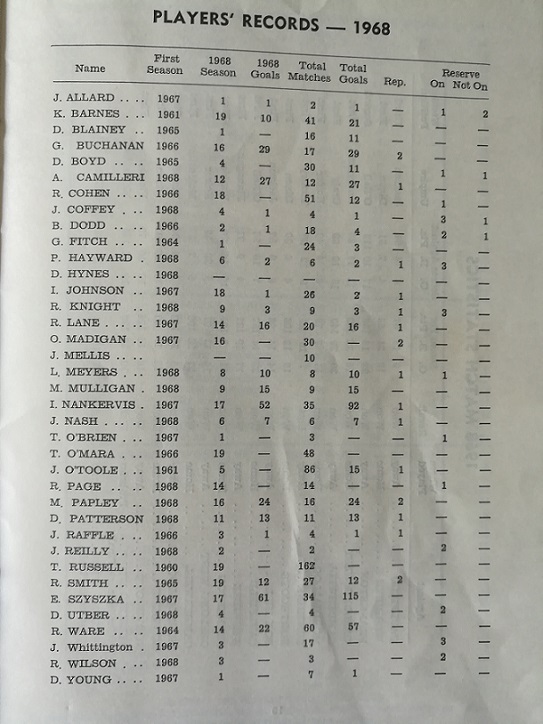 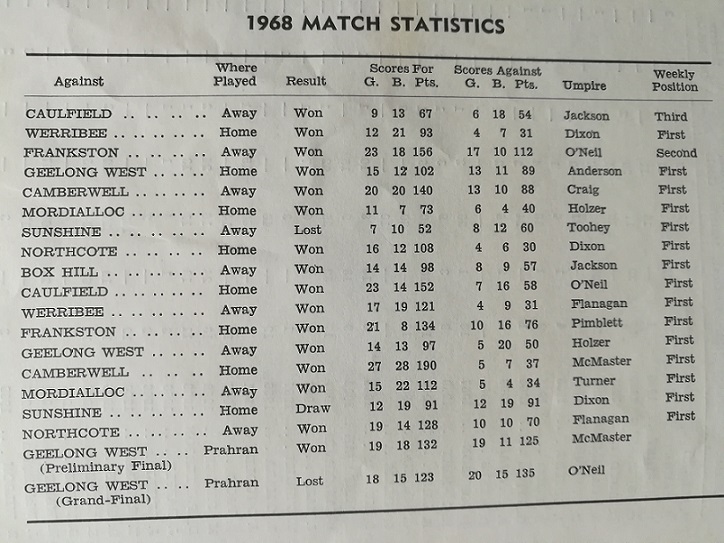 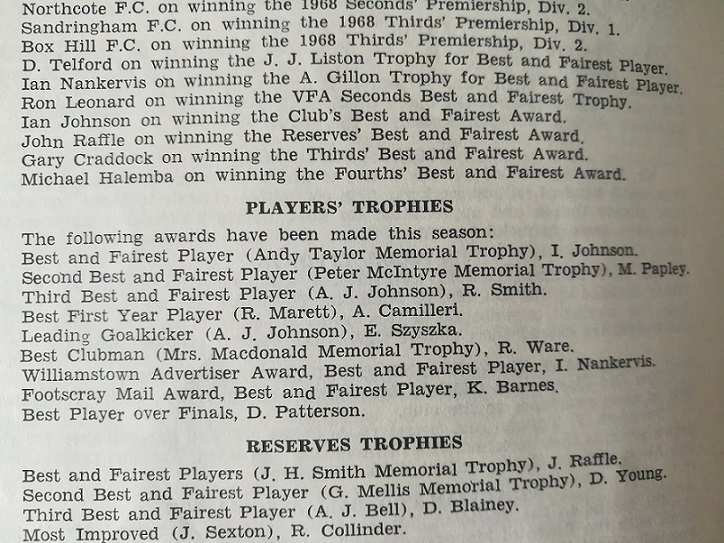