A vice-president in 1965, Ron Marrett, licensee of the Yacht Club Hotel in Nelson Place, took over the presidency from Arthur Johnson in 1966. Gerry Callahan entered his ninth season as senior coach with Daryl Ward captain and Bob Ware vice-captain.

Still with a largely inexperienced team on the park, the Seagulls set about to improve on their result in 1965 where they missed the finals. Recruits included Terry O'Mara from Fitzroy and Jeff Trotman and Bob Cohen, both from Carlton. The season got off to a bad start with defeats in six of the first seven games, and only 17 goals were scored in the first three encounters. The only victory was a six-goal win at Dandenong, 15.13.103 to 9.13.61 (Bob Ware four goals) in round six. Wins were then achieved in seven of the next eight games to remove any fears of relegation, including victories over eventual finalists Waverley, Yarraville and Preston. Waverley were the 1965 premiers and finished runners-up in 1966. By round 15, the team was in sixth position but then lost two of the last three games, but finished the season with a six-goal win at home against the wooden-spooner, Oakleigh, 15.19.109 to 11.9.75 (Charlie Evans and George Savige six goals each). Despite the improved win-loss record at 9-9, Williamstown finished in sixth place, three games and percentage out of the four, which meant another finals series missed for the club. In fact, for the first time in many seasons, the team never once entered the top four over the 18-match programme. The second half of the season gave confidence for the future with the victories over all the finalists bar one and a realistic prospect of reaching the final four in the closing stages of the year. In the round 9 game at Oakleigh, field umpire Dave Jackson awarded 55 free kicks to the Oaks and 12 to Williamstown, despite the Seagulls leading all day and running out winners by 25 points.

The Thirds also played off in the first semi-final in 1966, but were defeated by Sandringham by 22 points. John McConville was coach with Les Twentyman as captain. Future senior premiership player, John Whittington, won the best and fairest in the thirds.

The Seconds and Thirds at Williamstown at the time had always operated as separate Clubs from the Seniors with their own president, committee, secretary, treasurer, training staff, life members, etc. and a strong ladies committee which enabled them to be self-supporting throughout the season. They also had their own annual reports and seasons tickets (see below) and their own annual general meetings.

Rover Jeff Trotman won the Andy Taylor Memorial Trophy for best and fairest in his first season with the Seagulls from former Footscray players Charlie Evans and Bob Ware. Sadly Trotman was killed in a car accident late in 1967, having just turned 24yo. George Savige was the leading goalkicker with a total of 32. Graham Clough made his 100th senior appearance for Williamstown during the season.

Life memberships were awarded to vice-president, Ron Campbell, and treasurer, Alf Leaman, and also senior captain, Daryl Ward, for his 10 years of service to the Club at the annual general meeting earlier in the year.

North Melbourne returned to Arden Street after just one year at Coburg, allowing the Lions to return to their traditional home ground in 1966. Meanwhile, Sandringham played home games at the vacant St Kilda ground and the finals also returned there after two years at Port Melbourne. In the round 16 game between Sandringham and Williamstown at the Junction Oval, some early rough play was probably the reason umpire Chaplin proceeded to hand out 130 free kicks, a VFA record, despite there being no reports. 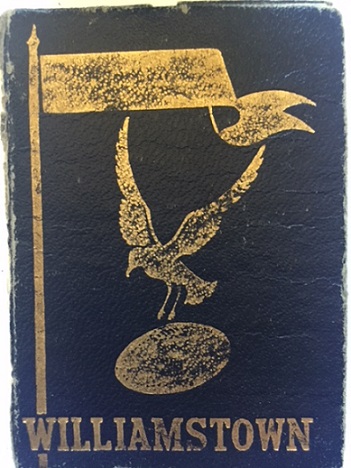 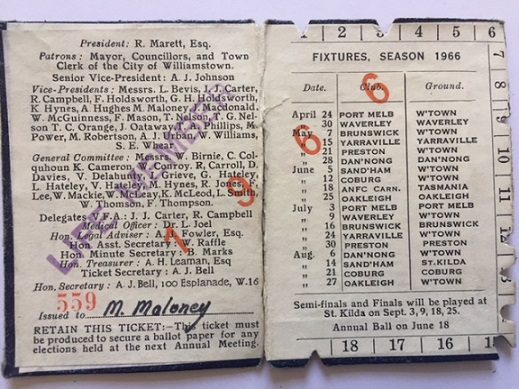 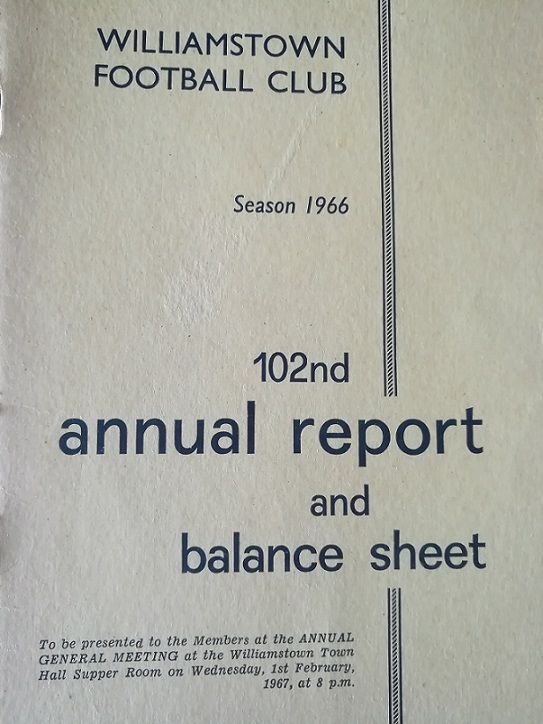 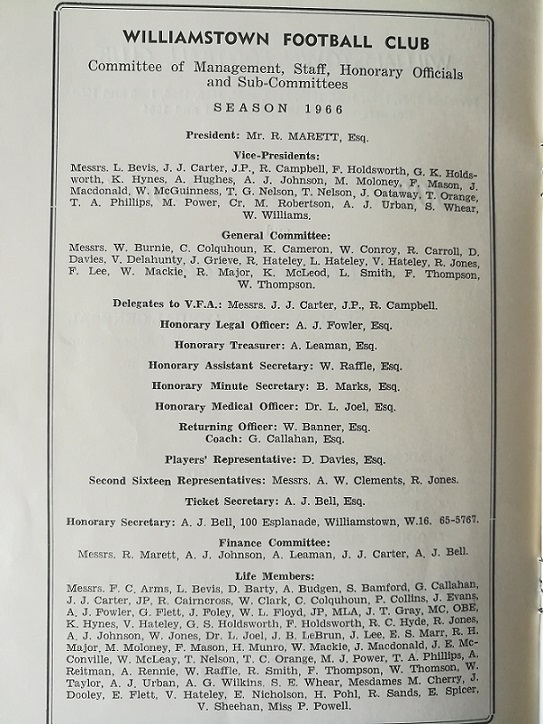 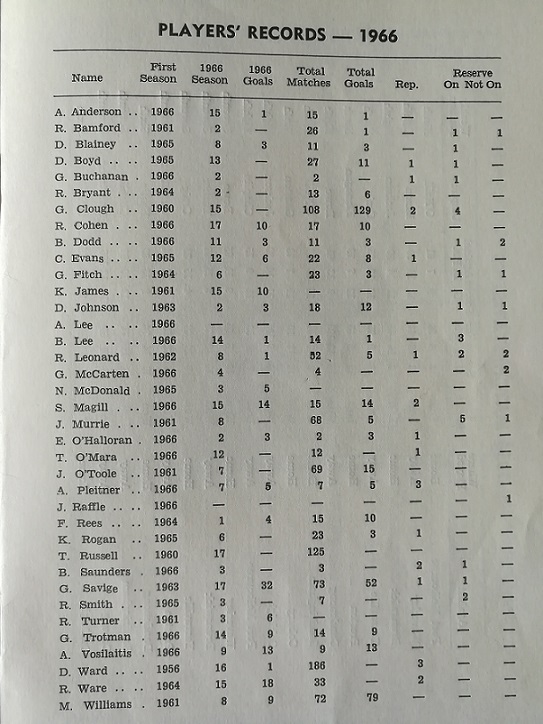 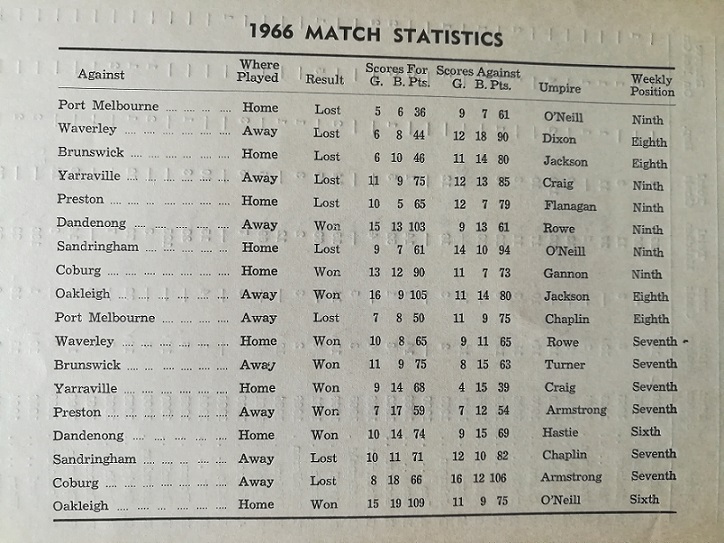 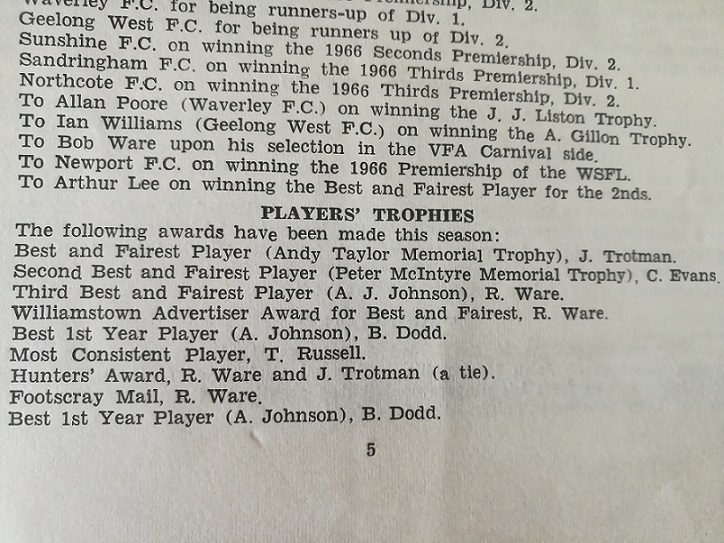 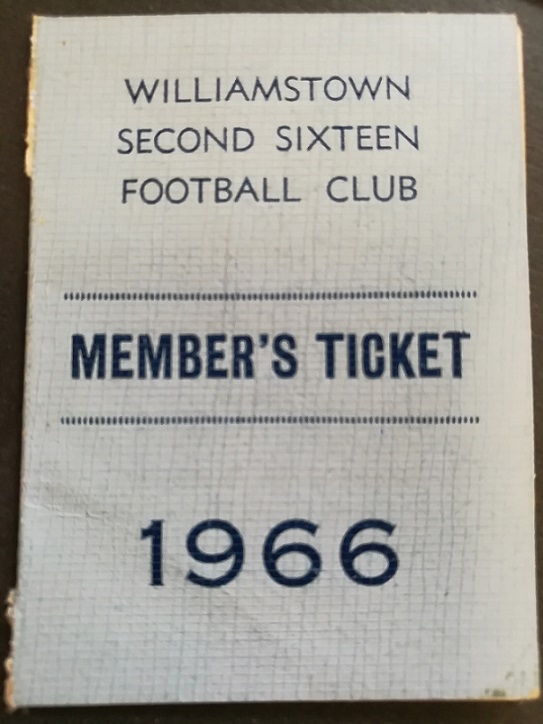 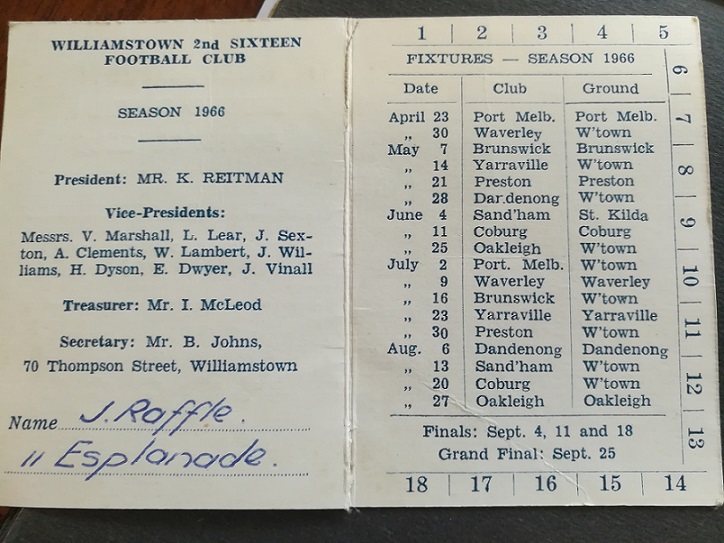 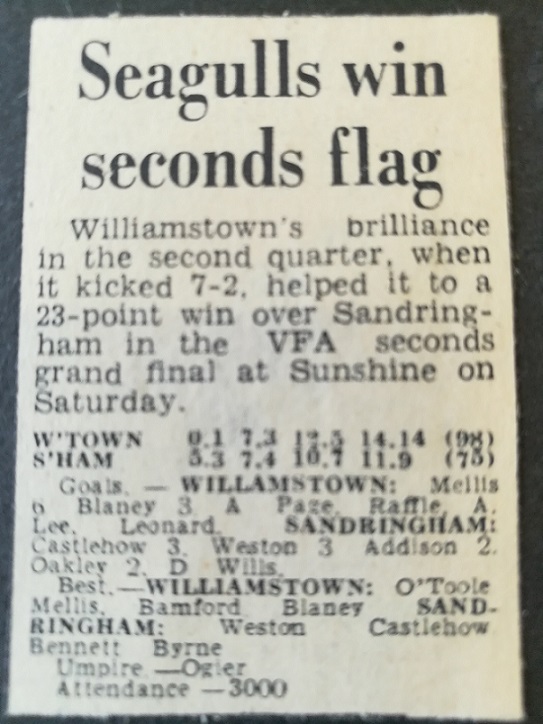 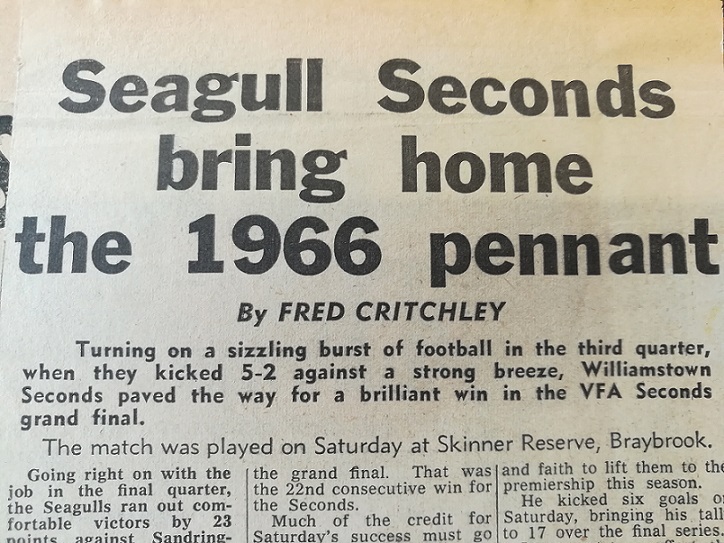 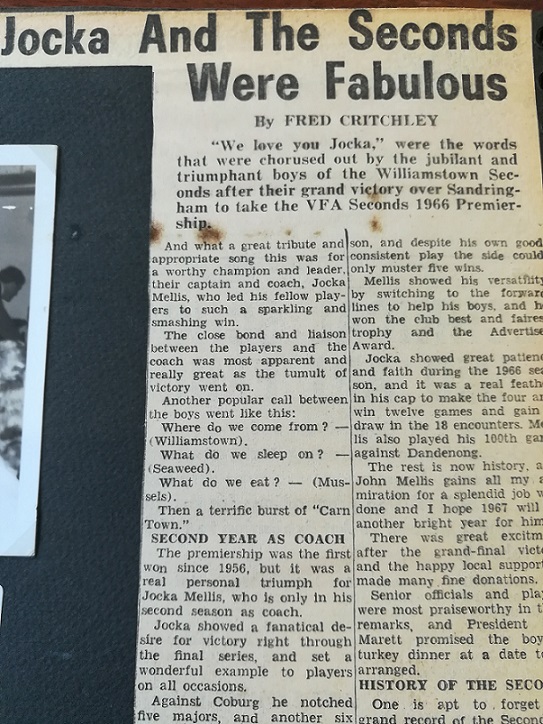 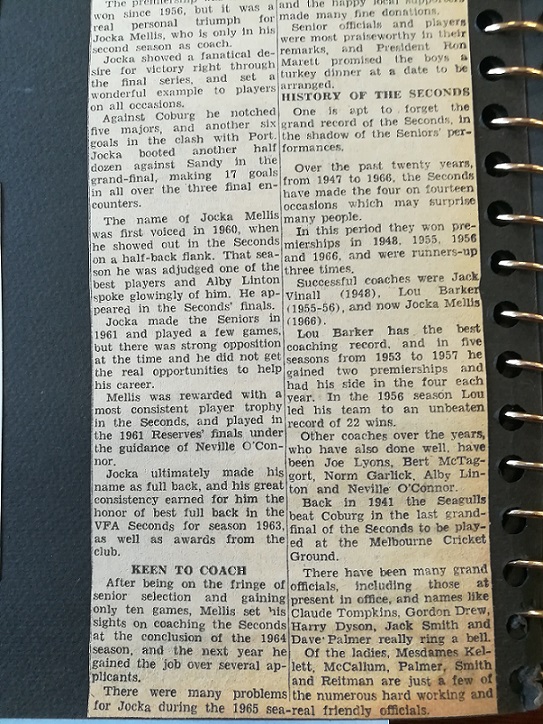 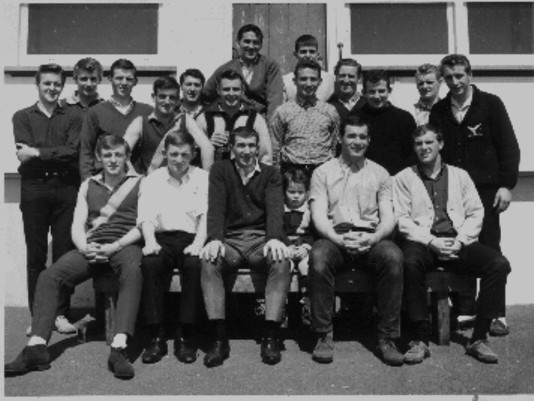 *Member of premiership-winning grand final side 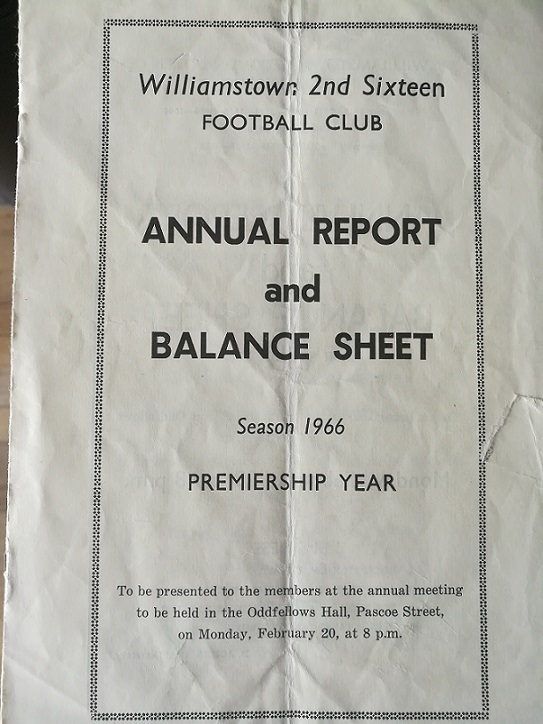 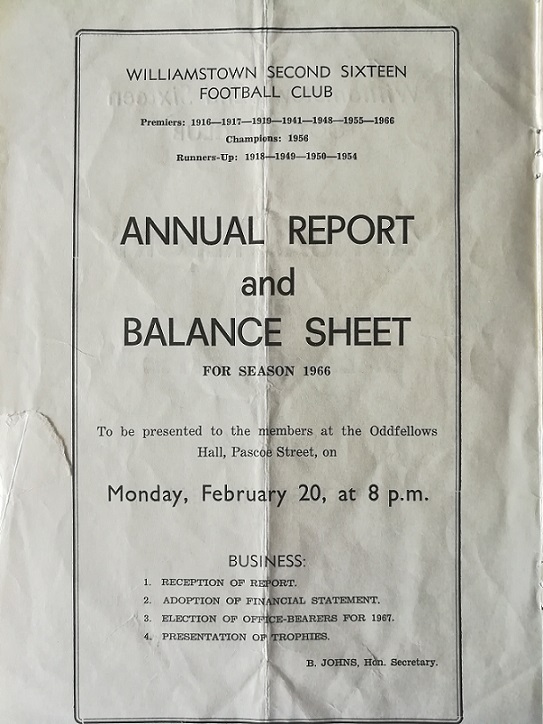 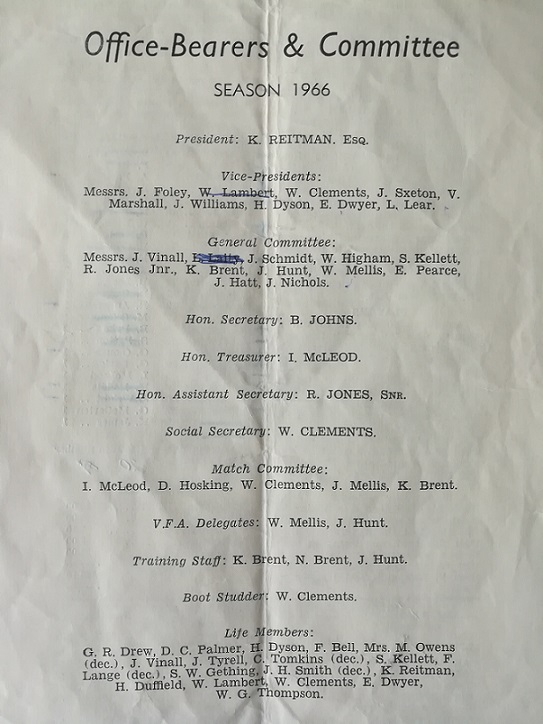 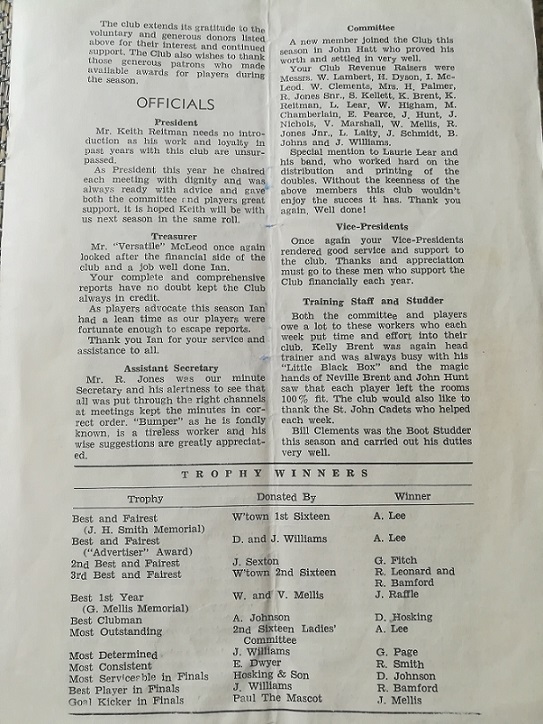 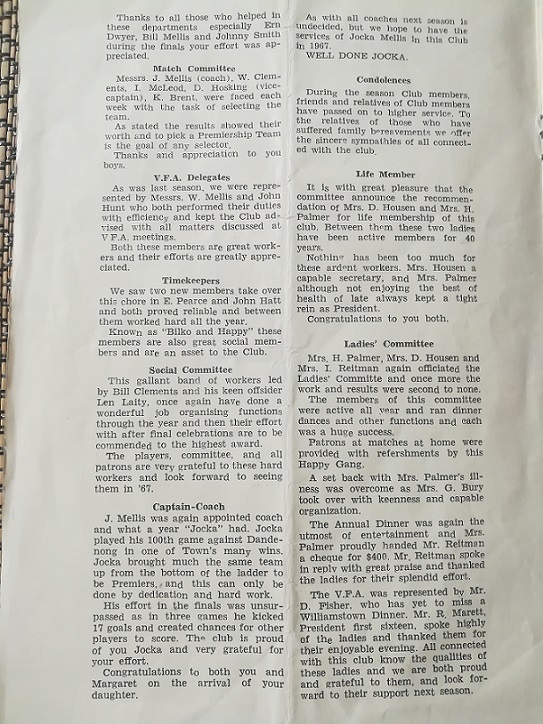 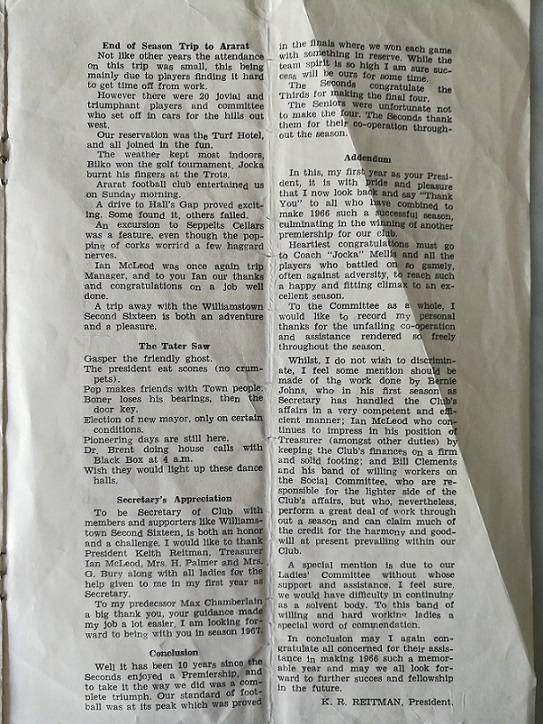 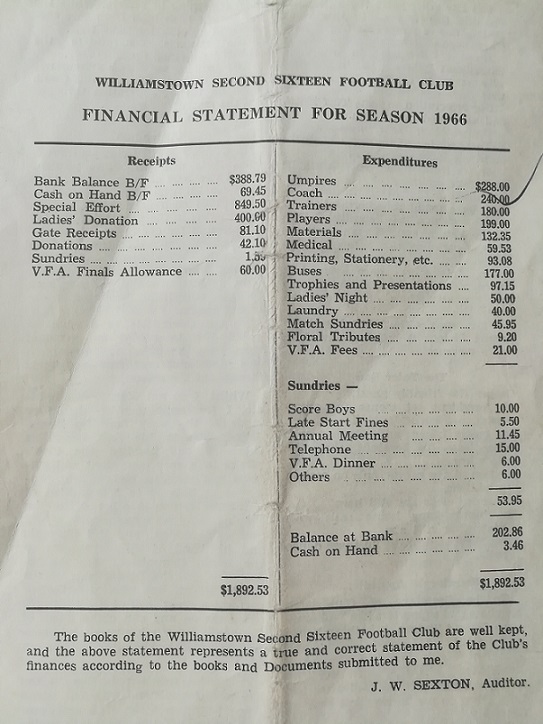 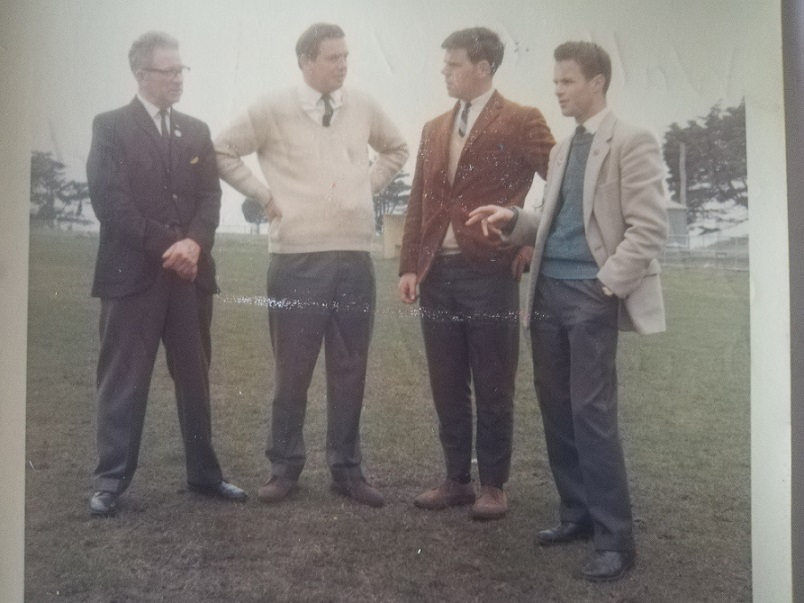 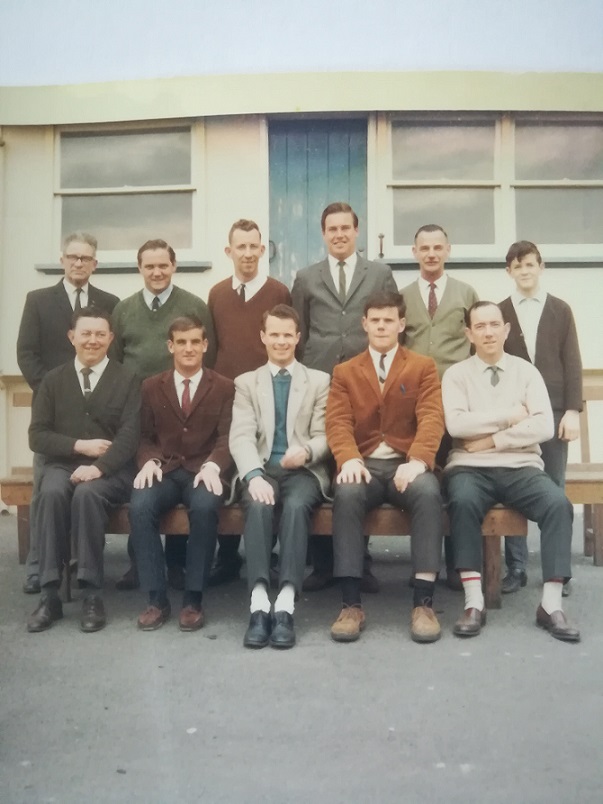 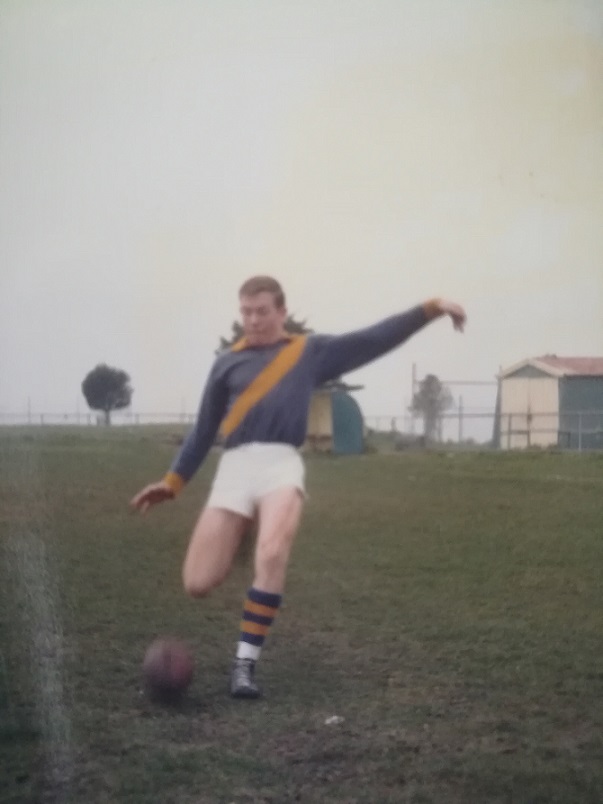 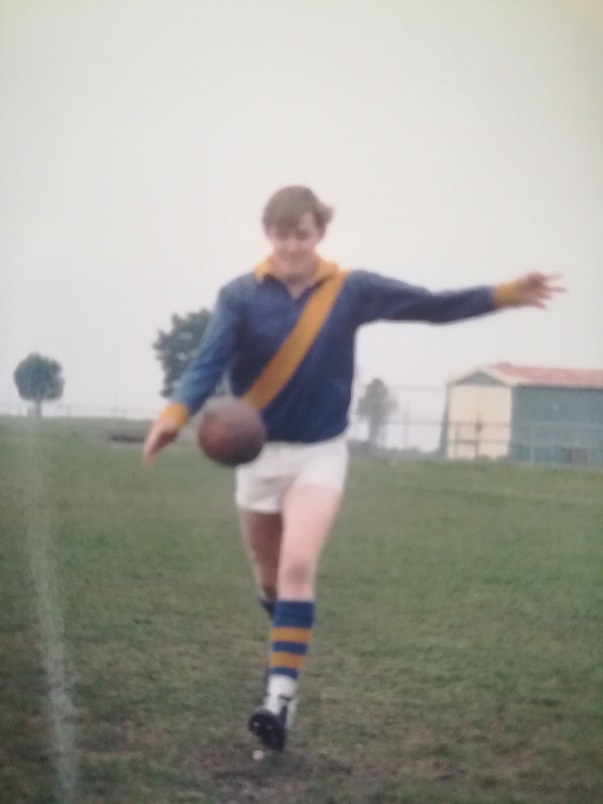 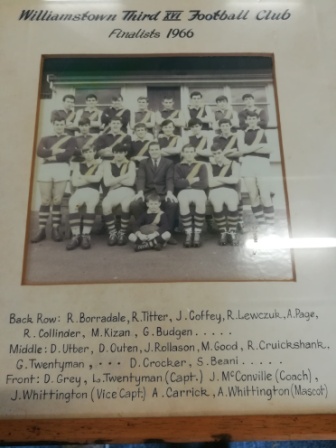 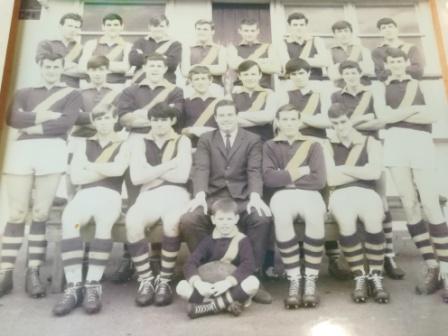 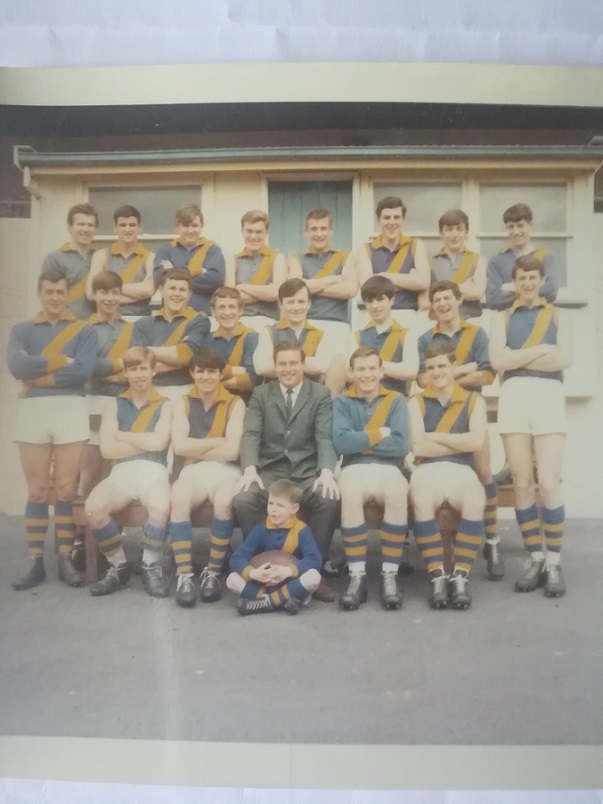 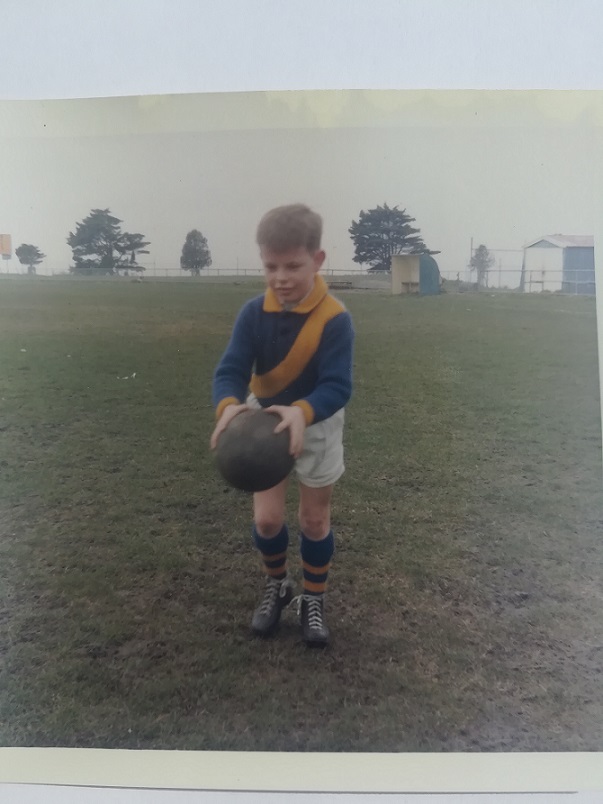