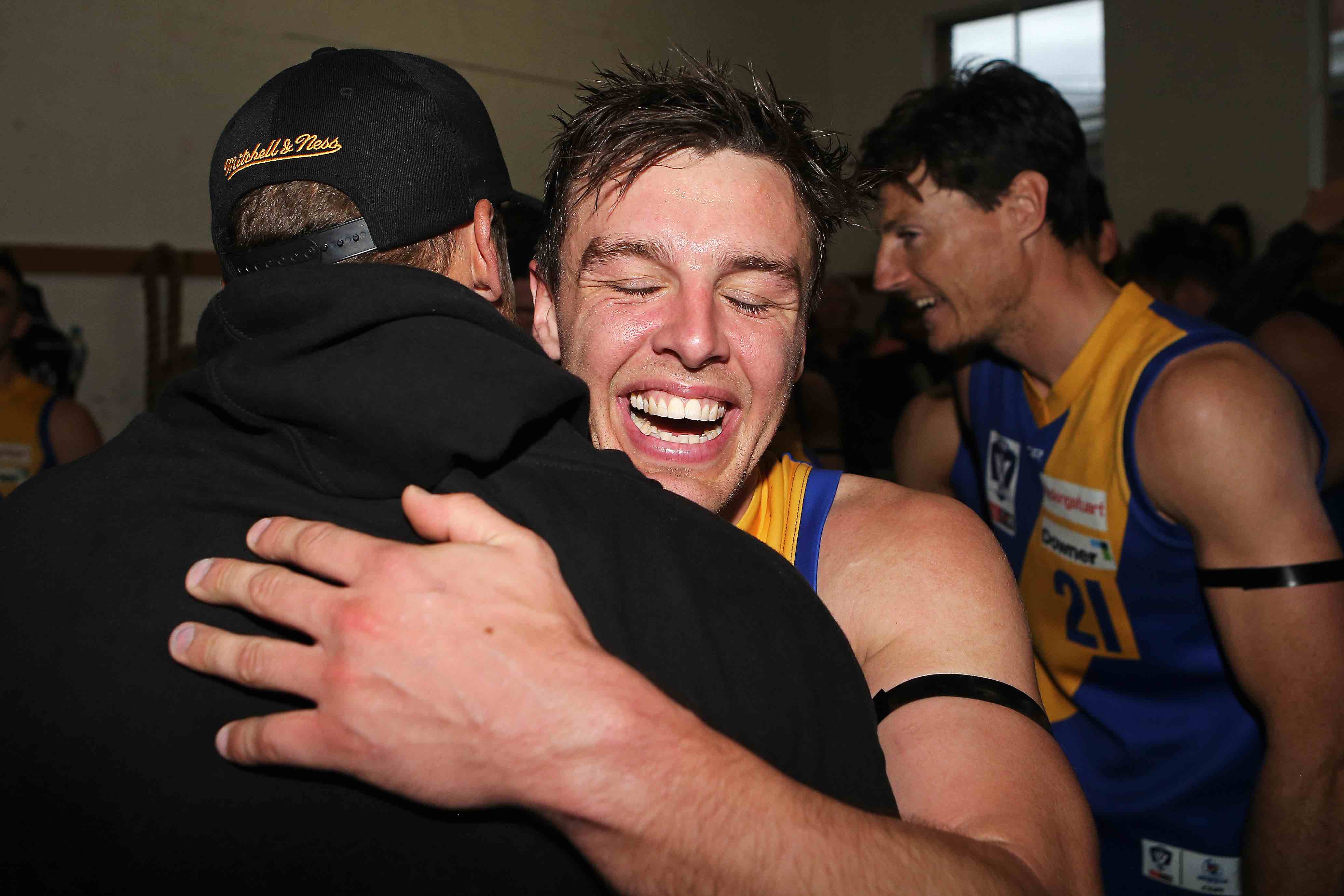 Regular Club photographer Martin Keep has been shortlisted for a media award after a moment he caught following our VFL preliminary final.

Keep is in the running for the 'best photograph - character of the game' category after snapping a shot of running defender Jack Dorgan hugging good friend and former teammate Brett Bewley in the rooms following the conclusion of the Club's drought-breaking match against Essendon.

For Williamstown, it was the joy of breaking a hoodoo that saw the Club reach its first grand final since our famous win in 2015.

For Dorgan, it was so much more.

The 26-year-old made his long-awaited return - after undergoing his fourth knee reconstruction - against Werribee in Round 12 and played a further nine matches for the season, including playing a pivotal role throughout the finals series.

In this game Dorgan collected 17 possessions and laid six tackles, his drive off half-back powerful.

This was prelim jubilation.