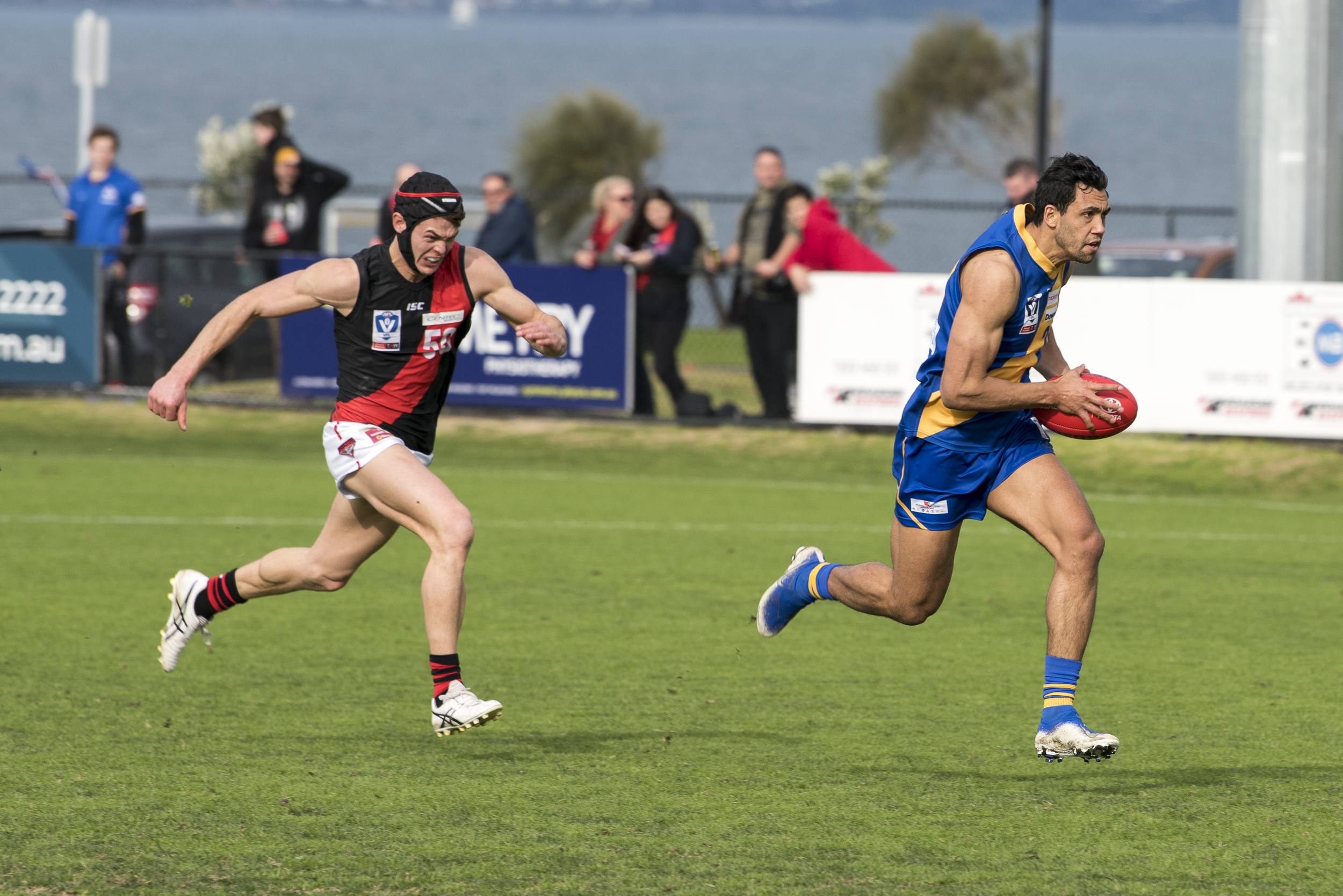 (Jaylon Thorpe runs into an open goal against Essendon in Round 17. Photo by Vanderpost Photography).

Williamstown is full of confidence heading into this Sunday’s preliminary final against Essendon.

The Seagulls have made 13 of the past 14 preliminary finals - including the last 10 - and will earn a spot in the big dance for the first time since their 2015 flag if they can overcome the Bombers for the second time this season.

“It’s definitely nothing new to the boys, in my time we’ve been here the last four years and obviously the last 10, so it’s familiar territory for us,” assistant coach Clay Illman said.

“We’re (all) happy, the boys are up and about and we’re at a really good spot with our list right now."

The Seagulls are refreshed after earning a week off following their qualifying final win over Footscray in week one of the finals series.

But despite the break, Illman believes the maturity of the side and how they prepare should hold them in good stead for the blockbuster clash at Adcon Stadium.

“We will be ready. That’s one thing with this group - they prepare well (and) it’s a professional group,” he said.

“We’re doing our due diligence as coaches and I think we’ve got pretty much every aspect covered right now.

“We’re not going to get fitter or stronger but it’s just about getting ourselves mentally right and I think come Sunday we’ll be in the best possible position.”

The Bombers have endured two finals matches so far having been pipped at the line by a red-hot Richmond in the qualifying final and then just edging past Werribee in a semi final on the weekend.

This Sunday’s prelim will be the second time the two sides meet in 2019, with the Seagulls three goals superior in the Round 17 contest at Downer Oval.

But while the side can take a bout of confidence out of that result, Illman said they’re weary that this time it could be a different kettle of fish.

“There is that mental element to each game, and going in after a win or beating them before is always starting on the right positive foot,” he said.

“Obviously they (Essendon) bring a few players in with their senior side going out last week which will be another challenge for us. But their side in terms of continuity, players coming in and out, (it) always takes a little bit of time to adjust, whereas we’ve been pretty set for the last six weeks now in who we’re going to play and how we’re going to play.”

And the key to victory?

“We have to play to our strengths, I think that’s what’s got us here,” Illman said.

“We know they like to possess the ball and take it on the outside and move the ball quick so we need to be able to nullify their ability to do that."