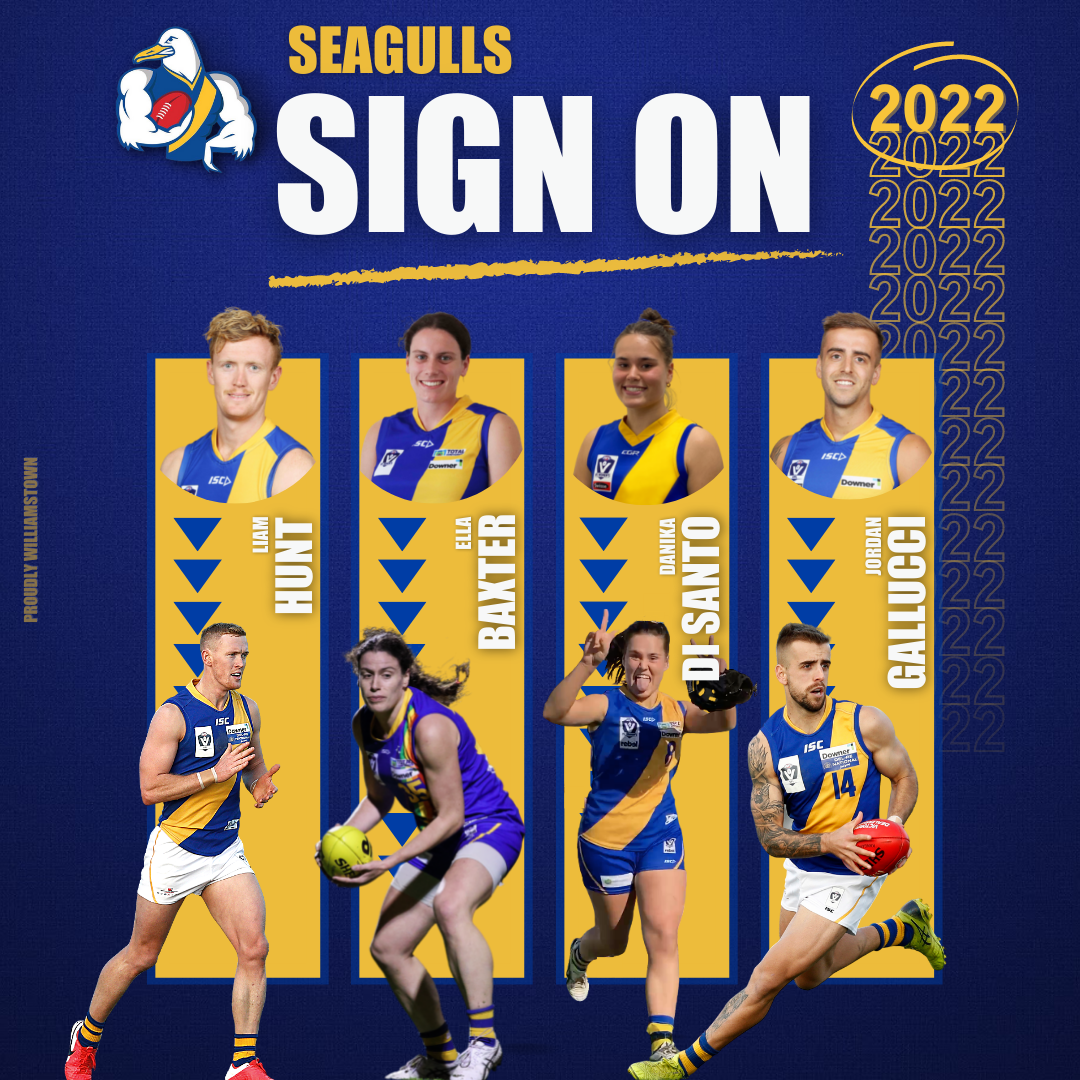 Hunt had another consistent season in the blue and gold with the midfielder averaging 24.4 disposals, 3.8 tackles and 3 marks a game in his nine matches in 2021. The 26-year-old will sign on for his fourth year at Williamstown, off the back of receiving the Cec Page Memorial Trophy for finishing (equal) third in the club's best and fairest count.

Gallucci has committed to a second season with the Seagulls following a solid 2021 campaign coming off Adelaide's AFL list, kicking nine goals and averaging 15 disposals in all nine VFL matches this season.

In her first year at the club, Baxter had a dominant 2021 VFLW season and has deservedly earned another deal with the Gulls. Playing all 14 home and away games, the 23-year-old made big strides in her game while playing a key role at centre half back.

Di Santo played two senior games for the Seagulls this year, making her debut in Round 13 against Essendon. Following her re-singing, the 19-year-old will bring plenty of upside into the 2022 season.