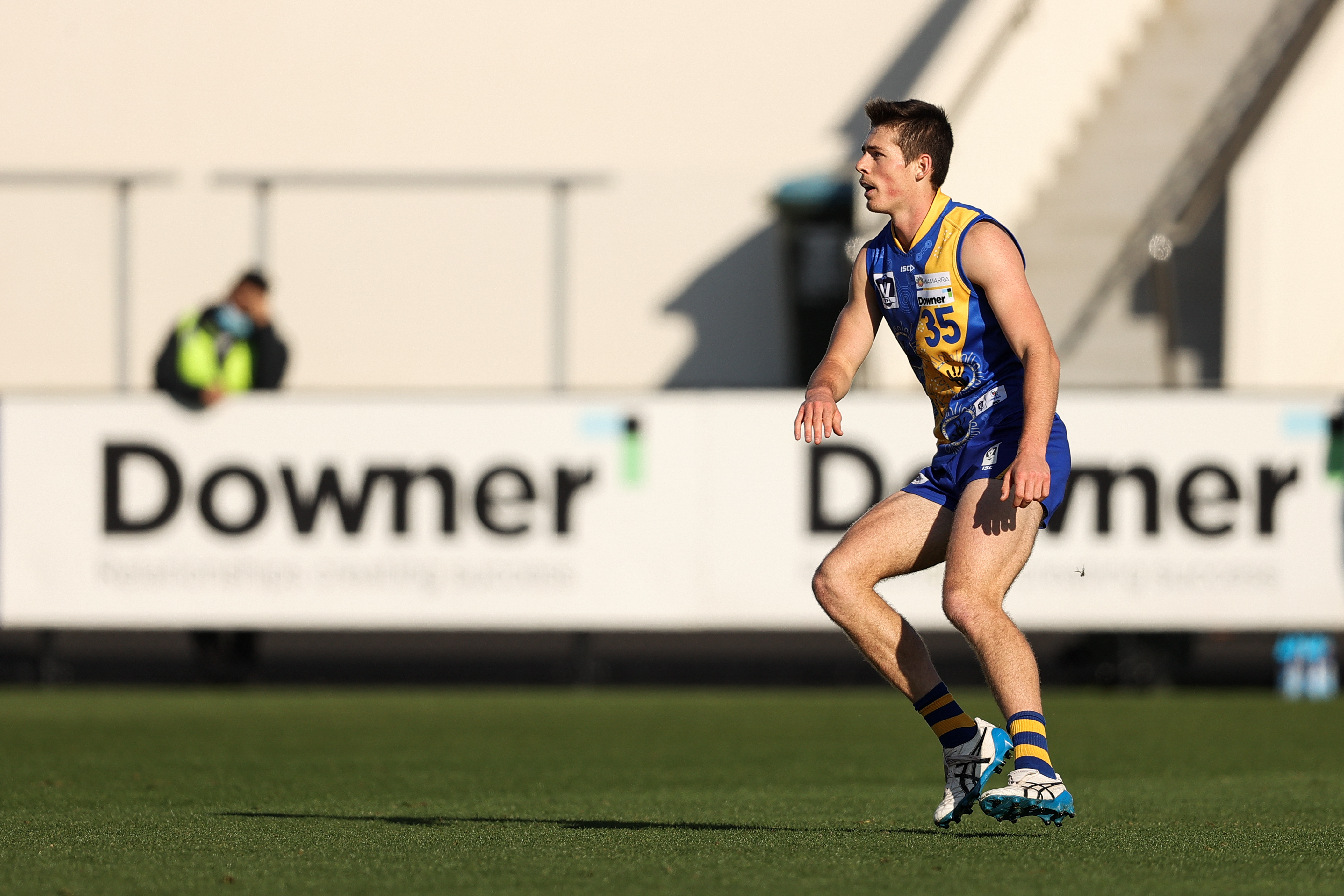 The 20-year old was one of 30 players from across the country who were added to the invite list today, with AFL clubs having to register interest in a player for them to receive an invite. Dean will show his wares in front of club recruiters during the Victorian combine on Sunday, October 10 after an outstanding debut season at Downer Oval.

Recruited from Sandringham Dragons for the 2021 season, Dean also attended last year's state combine and also nominated for this season's mid-season rookie draft. Playing predominately in the back half during his maiden VFL season, Dean quickly established himself as a key cog in the Seagulls back six.

He played all nine games for the Blue and Gold, averaging 14.7 disposals and 7 marks per game. Dean was prolific in the two games against Port Melbourne this season, taking nine marks in the Round three victory before backing that up with a season-high 11 marks in the reverse fixture.

At 195cm and able to play the key posts at either end of the ground, it is not hard to see why there is interest in the Seagulls #35.

Players at the combine will go through a range of tests during the one-day combine, including a 20-metere sprint, vertical jump, agility test and a 2km time trial.