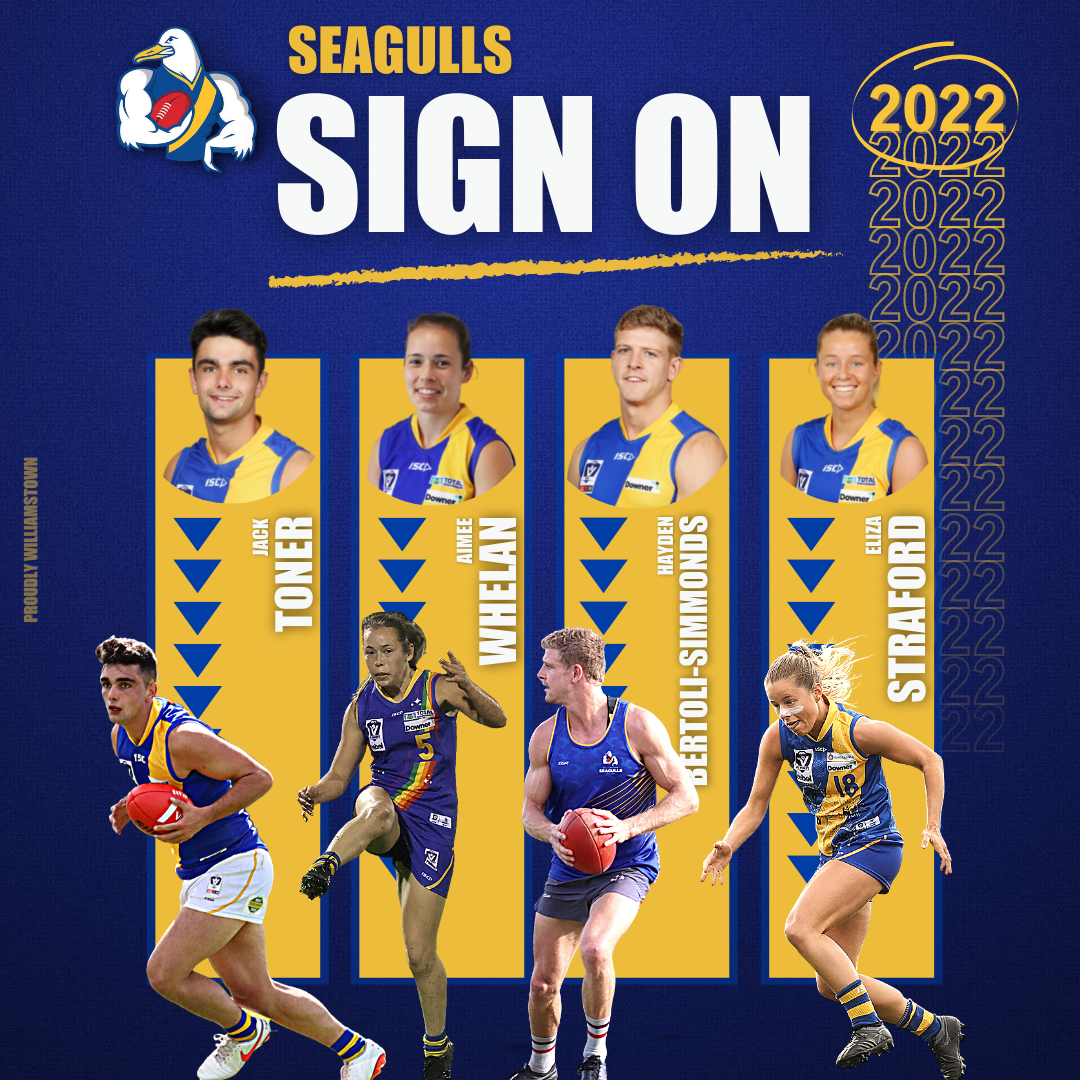 2021 VFLW Team of the Year member Aimee Whelan has re-signed with the Club for 2022, headlining more key signings alongside Jack Toner, Eliza Straford and Hayden Bertoli-Simmonds.

Whelan made the interchange in the VFLW Team of the Year announced last week, after an outstanding maiden state-league campaign in which she led the Seagulls for disposals (15.9 per game) and tackles (7.3). The ball-winner enjoyed a ultra-consistent season and was rewarded with runner-up in the Seagulls VFLW Best & Fairest, wasting no time in asserting herself in the top bracket of midfielders in the competition.

Toner was another to enjoy a stellar 2021, finishing tied for third in Williamstown's Best & Fairest. The running defender averaged nearly 17 disposals in his first season of VFL football, with the 21-year old often showing class and poise beyond his years.

Straford was another 2021 standout, placing third in the Gulls VFLW Best & Fairest. Highly respected by her teammates for her acts on and off the field, the 23-year old served as vice-captain this season and stood-in as skipper when Erin Meade was unavailable.

Bertoli-Simmonds will be looking forward to a second season as a Seagull, after being unable to break-in to a strong midfield consistently in 2021. However, his form locally with EFL Division one side Doncaster was always strong, named in the side's best players on three occasions, including a fruitful afternoon against North Ringwood in which he racked up 13 clearances and eight inside 50s. The Brisbane Lions Academy product previously captained Redland in the NEAFL for four seasons.

This batch of latest re-signings comes on the back of our first club re-signings announced last week, including Gulls VFLW Best & Fairest Ruby Tripodi and AFL draft hopeful Charlie Dean.