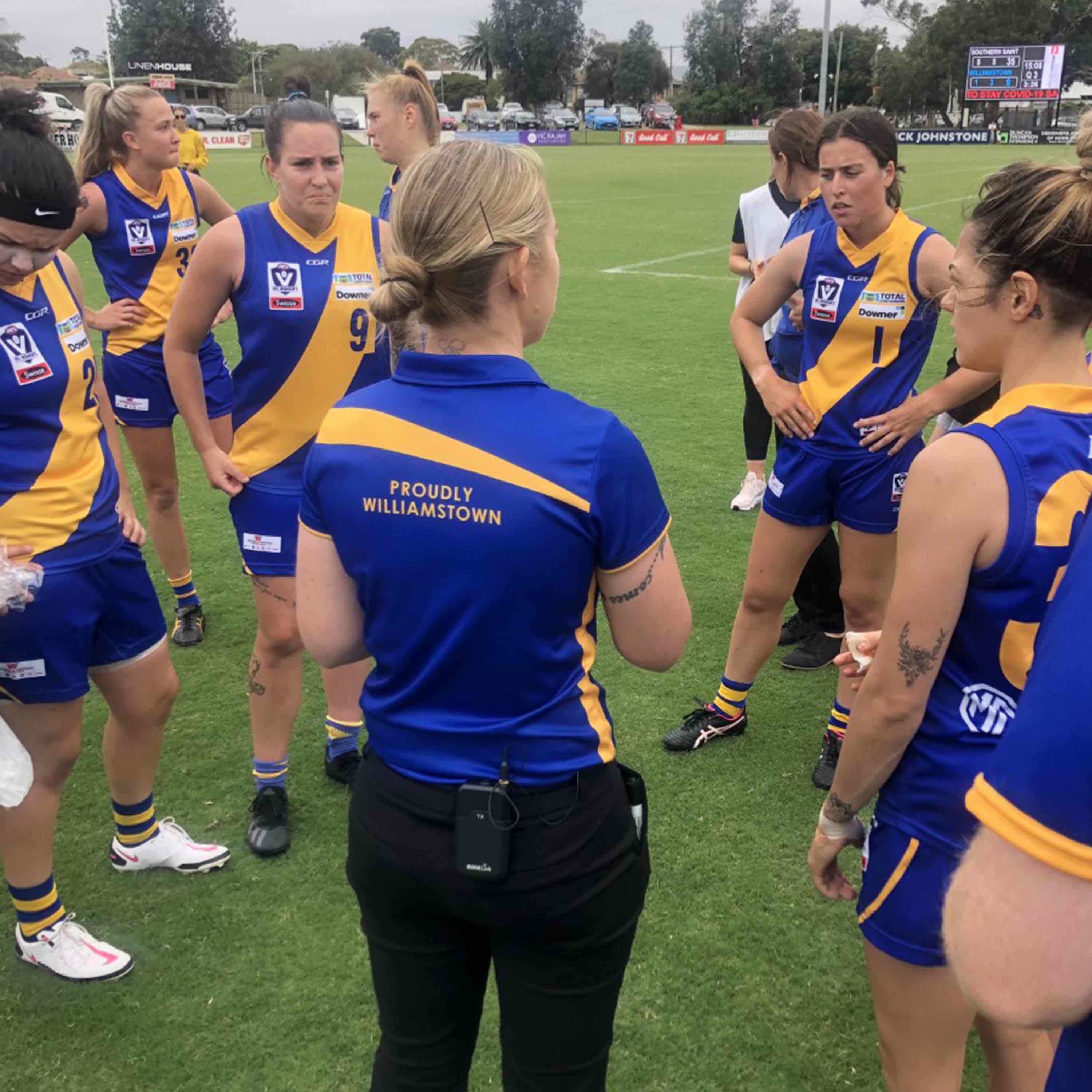 VFLW coach Penny Cula-Reid has heaped praise on her side after their second practice match and is excited to see what they can produce in season 2021.

Williamstown emerged from Victoria’s five-day lockdown last week with Sunday’s practice match against the Southern Saints in mind - their final pre-season hit out until the season proper.

The Saints were victorious on the day, slotting the first five goals of the contest and holding the young, competitive Seagulls at bay thereafter.

But Cula-Reid said the signs are more than promising.

“Honestly, it was really pleasing,” Cula-Reid said of the performance.

“Besides our first quarter, we were really competitive with them. Having a couple of AFLW players allowed them to have some really solid players around the field but we held our own in many areas.

“There’s been some really pleasing signs from the group and players being tested out in different positions.

“Our leaders have also been standing up throughout these games. Erin (Meade) is just outstanding, she continues to grow and flourish - she is going to be a great leader for this club. And being supported by youngster Ruby (Tripodi) and vocalist Eliza (Straford) - I’m really happy that these girls continue to build not only themselves but the team around them,” she added.

After the home side booted 5.0 in the opening quarter at Trevor Barker Beach Oval, the Seagulls were able to hold them goalless for the middle two quarters and kicked a solitary final-quarter goal to the Saints’ two in an honourable display of discipline and grit.

Cula-Reid said she is confident she has the right mix of players and assembled a list capable of executing the game plan.

“I can really start to see them (new signings) understanding what we’re trying to do, and considering that we have had a lot of these players train less than a handful of times with us, it’s going to take some time for them to really understand the Williamstown way and the way we want to play,” she said.

“But in saying that, the way they’ve taken everything on board is a credit to their commitment and the returning players making them feel at home.

“A lot of the feedback from the really fresh new faces is that they’ve felt so welcomed and they just love the Club already. I’m really impressed with the investment from these girls wanting to play with pride and represent the Club.”

Now after two pre-season matches - the first a thrilling 11-point win against Darebin - Cula-Reid said the team is match-ready and raring to go ahead of this weekend’s Round 1 encounter.

“I’m not disappointed in any of our performances,” she said.

“The exciting part is we’ve only just started. We’re building. The potential of this group is unbelievable.

“Once we get these girls understanding the way we want to play, I’m really excited not just about this season but for future seasons, because it’s not just about now, it’s about the future of the club. Were building a strong foundation to have continued success.”

Round 1 of the 2021 VFLW season kicks off this Saturday, with the full details of the fixture still to be confirmed.