Seagulls hold on in nail-biter 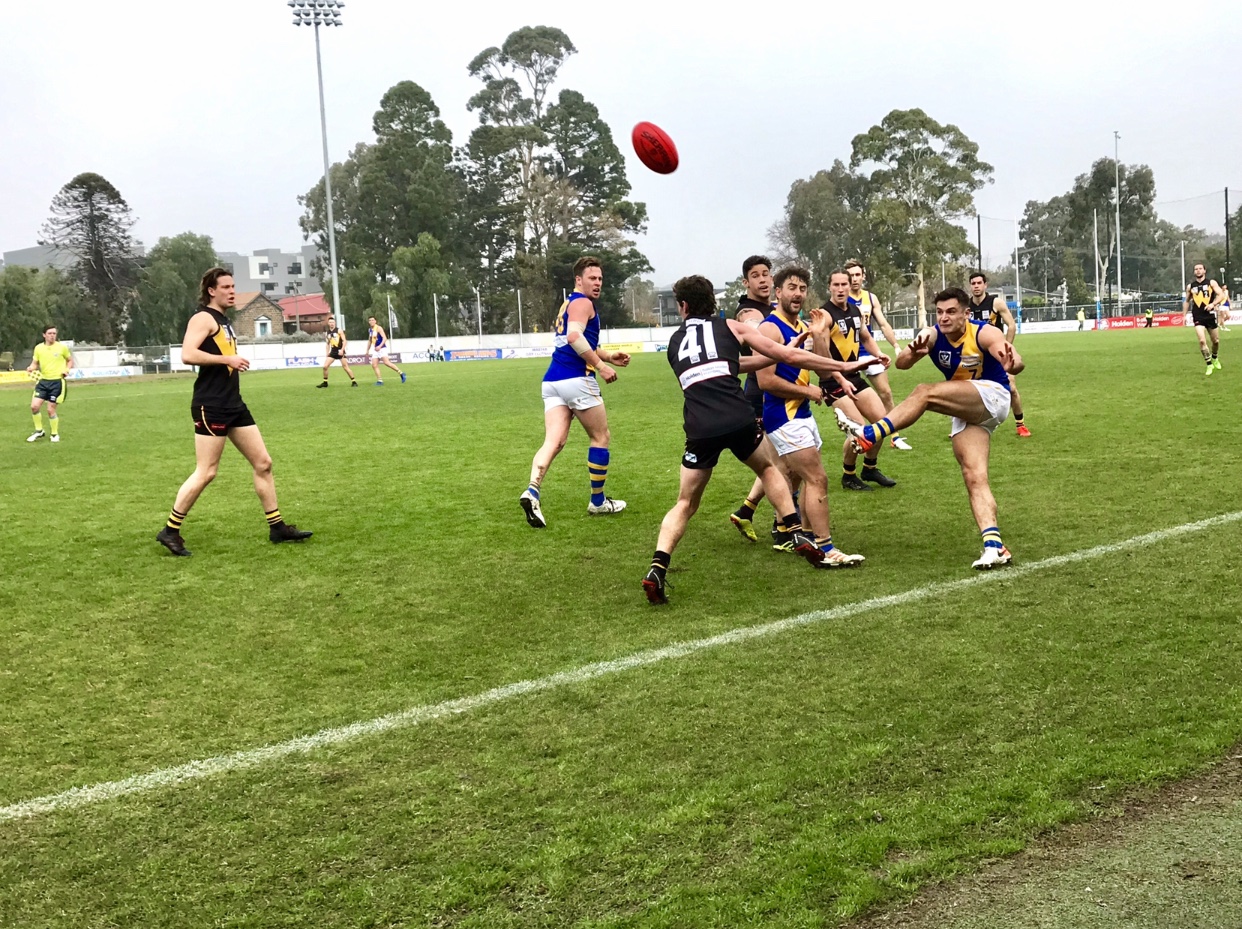 Williamstown has launched itself back into the top four after scraping past a brave Werribee by eight points in Round 12.

The Seagulls had to weather a powerful Werribee storm late in the game after establishing a game-high 37-point lead during the third quarter.

The home side was defiant despite trailing all day and managed to kick four of the opening five goals in the last term to put hearts in the mouths of an excited crowd that was largely on the edge of their seats.

But the never-say-die Seagulls withstood the pressure and desperately hung on in the most gripping of contests, with the 16.7 (103) to 14.11 (95) result ensuring they end the round and enter the bye week fourth on the ladder.

Midfielder Mitch Hibberd was a standout through the middle of the frigid and dewy ground collecting 29 disposals and laying eight tackles, while Jake Greiser's efforts (22 touches and a goal) were also profound.

Jack Dorgan was also solid in his return game from a fourth knee reconstruction with 12 touches and three tackles - including a wonderful long-range goal in the opening quarter.

The Seagulls also proved that they certainly aren't short of attacking options, with 13 individual goal-kickers hitting the scoreboard in a four-quarter display of forward potency. 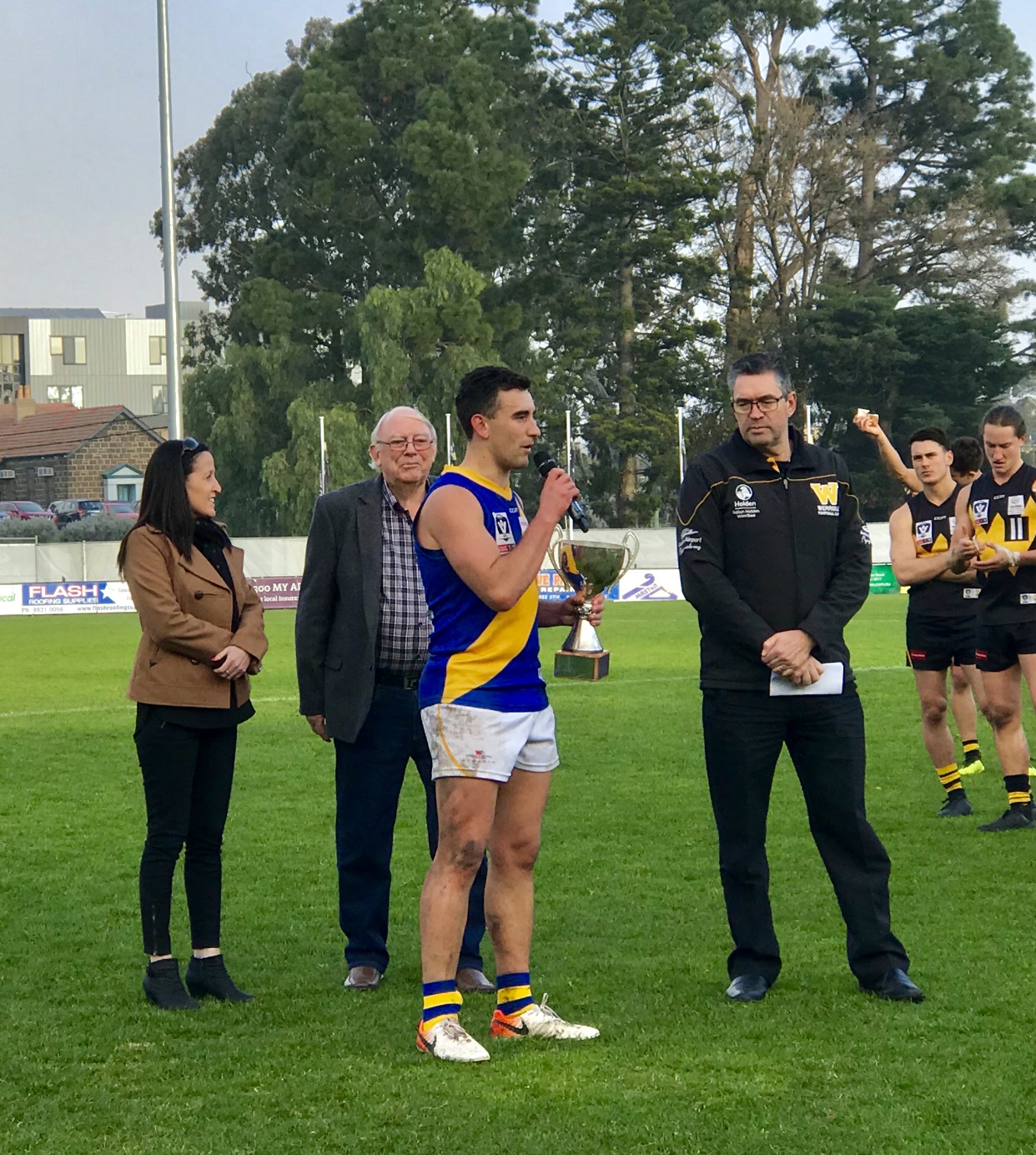 Willie Wheeler booted the first two goals of the match in as many minutes as the Seagulls surged out of the blocks early to make an instant statement.

Their foot continued to remain firmly on the pedal as the Seagulls held a 24-point quarter time lead, but three goals each in a tighter second term meant the margin was - while still comfortable - relatively stabilised at 27 points.

Sam Dunell kicked his 200th VFL goal in just over one minute into the second half and from there the side continued to rally, with Sam McLarty's set shot also sailing through for his first major in Seagulls colours - opening up a seemingly match-winning 37-point buffer.

But the plucky Tigers wouldn't go away, kicking five of the final seven goals in an end-to-end term played at breakneck pace to reel the margin back to an even three goals at the last change of ends.

Tigers Nick Coughlan and Max Spencer combined with goals to bring the margin back to 11 points 10 minutes into the final stanza, before a Jaylon Thorpe steadier handed back the Seagulls some much-needed breathing space.

But two goals to Tiger Matthew Munro deep into extra time meant the margin was a mere two points in a tense tug of war.

And with two minutes to go, it was anyone's game.

Masters was able to cut off two Werribee attacks late in the game as the home side continued to pepper the inside 50s.

Showing nerves of steel, a set shot goal to forward Josh Pickess in the dying seconds meant the margin was eight points at the final siren as the Seagulls hung on for dear life in a thriller.

Williamstown will enjoy a week off before hosting Frankston at Downer Oval on Saturday, June 6.