Late comeback not enough for VFLW side 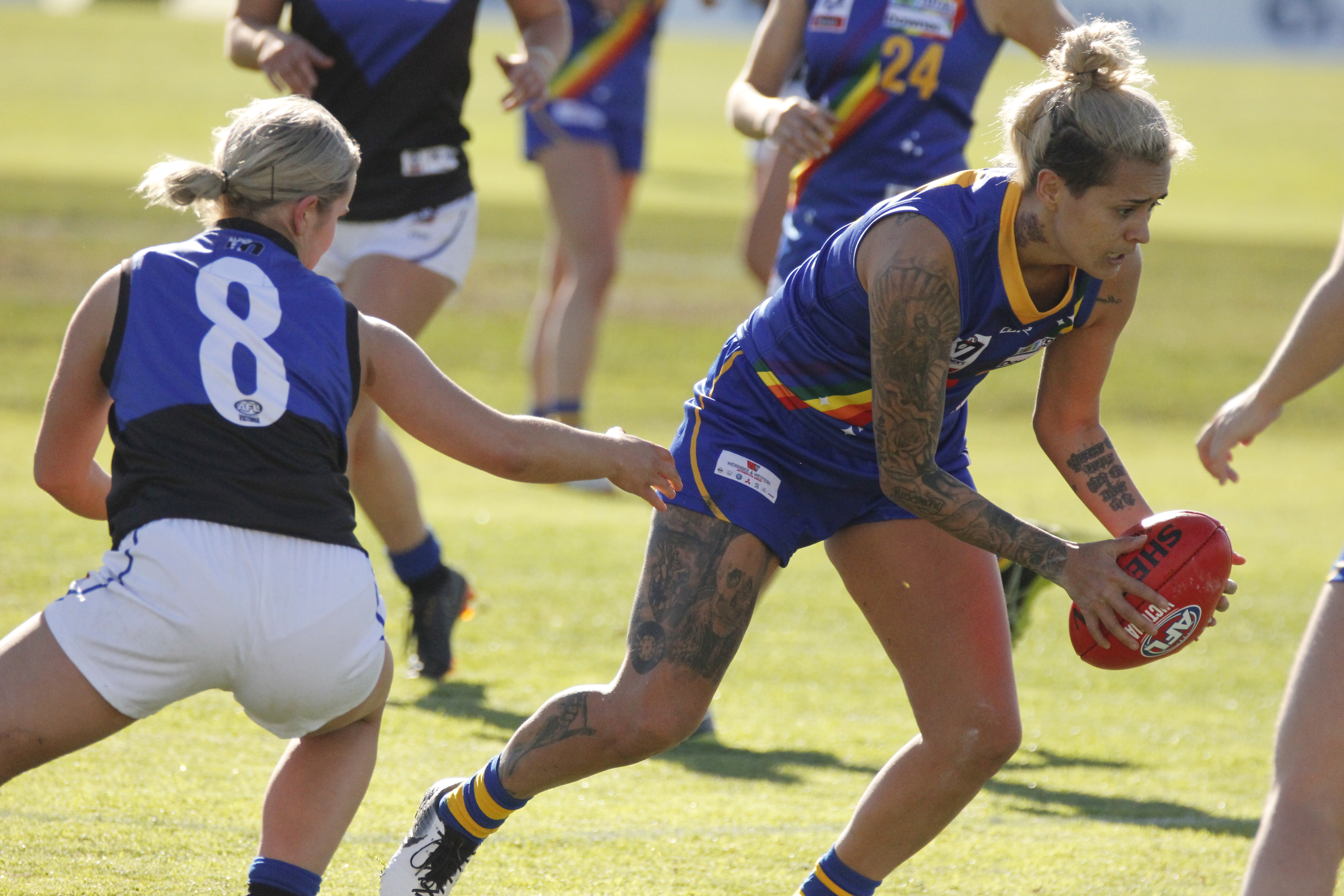 Williamstown's womens side had an impressive last quarter but it wasn't enough to win their Pride Day match against Melbourne Uni.

It was a picture perfect day at Downer Oval and the Seagulls looked keen to get off to a fast start.

An early goal from Sharnie Whiting in the pocket gave Williamstown the lead deep into the second quarter.

Our defence led by co-captain Nikki Wallace held off multiple attacks going into half time but the lack of scoring down the other end became an issue.

The third quarter was much more free flowing and Melbourne Uni made the most of that getting out to a 20-point lead at one stage.

Whiting kicked her second late in the quarter to reduce the margin to 14 and give the Seagulls some hope going into the final break.

The women started the final quarter with a bang thanks to a goal from Jedda Heard.

From that point onwards the defensive pressure of the Seagulls was superb all over the ground.

It allowed them to lock the ball in their forward half for large chunks of the final quarter but unfortunately they couldn't get any rewards for it on the scoreboard.

With five minutes to go Williamstown were five points behind but a late goal to Melbourne Uni put the game out of reach.

Moana Hope was named best afield for Williamstown in a very impressive performance where her clean skills were on display.

Other new recruit Aliesha Newman was also a standout in what was arguably her best game for the club.

She got plenty of the ball throughout the day and her work in stoppages were pivotal for Williamstown's comeback.

It was unfortunately another close loss for the women who will want to bounce back with a strong performance in two weeks' time.

The Seagulls have the bye next week so they will be back in action against the Darebin Falcons on Saturday, June 22.