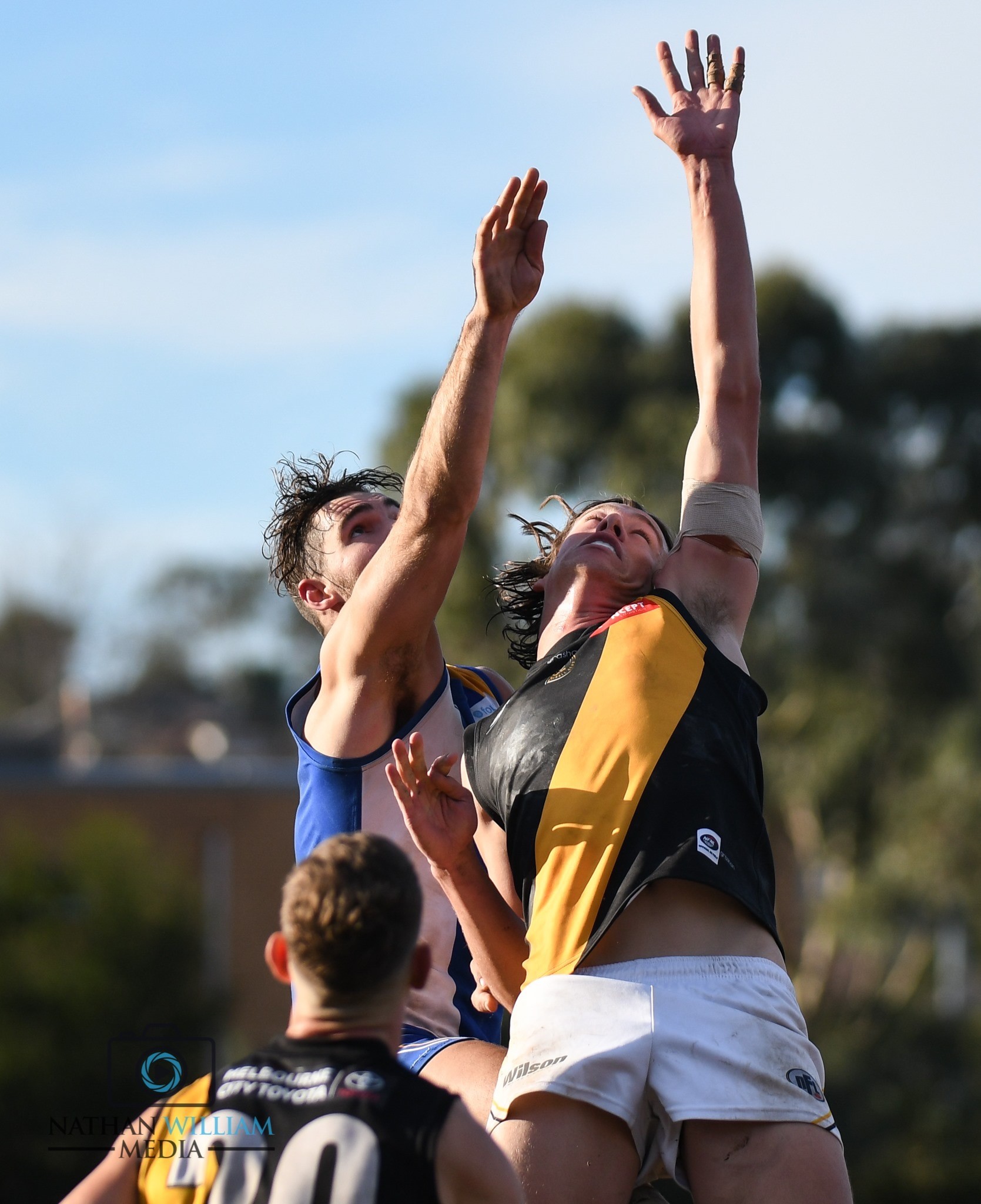 Christian Buykx-Smith in action on the weekend (photo - NVM Sports)

Even with many local leagues choosing last weekend to have a mid-season bye, we still had 10 boys continue their season with their local teams with some outstanding performances; let’s have a look at how they went.

We start in the WRFL where Nick Buykx and Werribee Districts squared off against Mitch Norton and Altona in a 1v3 clash. Both boys worked hard, but a best-on-ground performance from Norton and a four-goal to one final quarter gave Altona the win by 14 points.

In the NFNL where Christian Buykx-Smith returned from a week off and Josh Minogue kicked a goal, but it wasn’t enough for Heidelberg as they went down to Macleod by 29 points whilst Jhye Baddeley-Kelly and Jesse Tardio both hit the scoreboard for North Heidelberg, as a best-on-ground performance from Tardio helped his side to a tight three-point win over Montmorency.

In the EDFL, Sean Gregory was 4th best and Nick Mellington kicked a goal and was best-on-ground in his return from illness for Pascoe Vale as an eight-goal to one second quarter set up the 43-point win over Greenvale to jump into the top four.

Elsewhere, the Ballarat league saw Liam Carter kick two goals for Melton as they were too good for Melton South, winning by 42 points whilst in the Goulburn Valley league, Nick Fothergill kicked two goals and was 2nd best for Tatura, but it wasn’t enough as they went down to Shepparton United by a point.