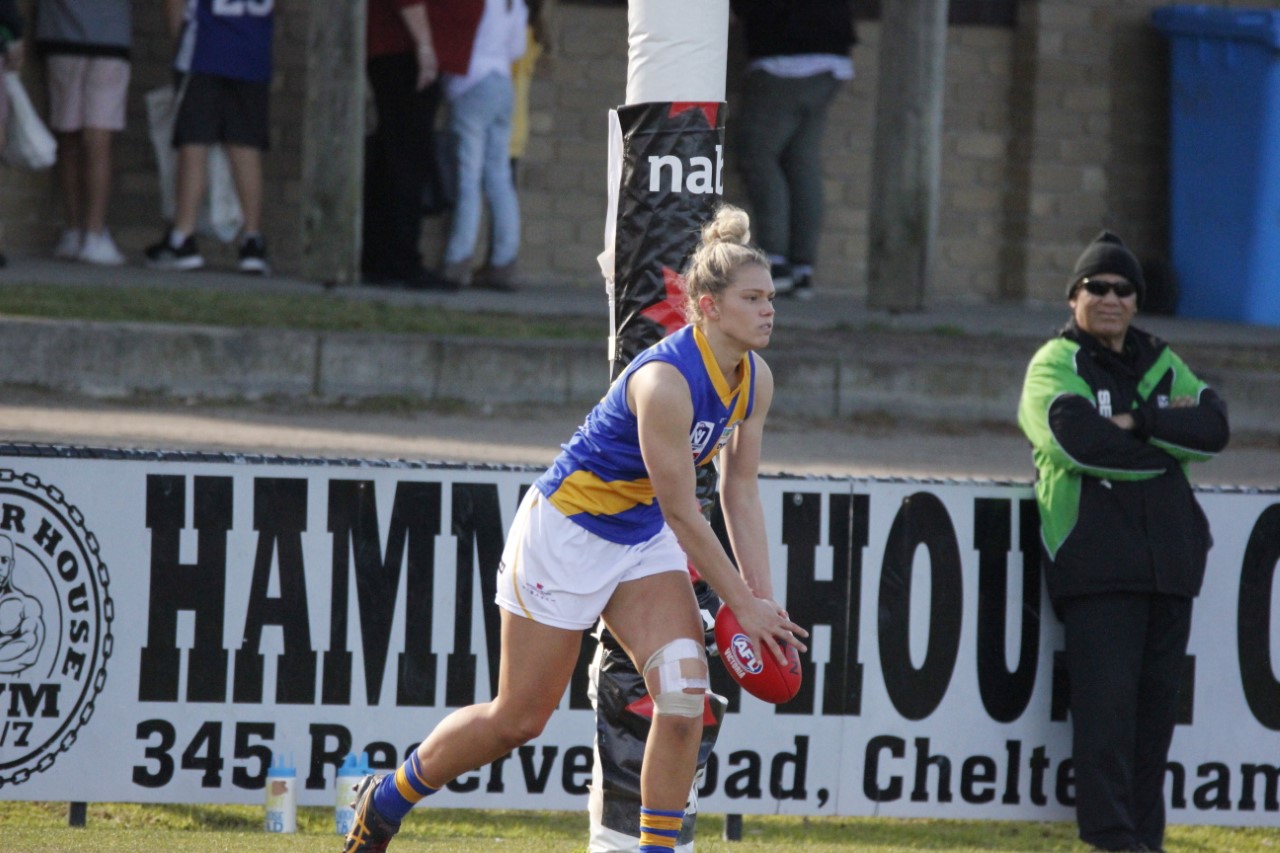 Defender Danica Pederson was a shining light in Williamstown's Round 9 loss.

It was another tough loss for Williamstown against the top of the table Southern Saints on Saturday.

The day was different to the elation of last week's contest; the sun was out and no wind to hinder the ball, so a perfect day for footy.

Williamstown was coming off its first win of the season however the weekend's opponent was looking for its seventh victory in a row.

The Saints got off to a fast start on the Seagulls which quickly saw the girls face a four-goal deficit at quarter time.

The Seagulls steadied the contest in the second quarter, with their first goal coming from Megan Williamson from directly in front.

Williamson continued her dominance in the midfield as did our defenders who were stepping up to the challenge.

Full back Danica Pederson shined on a tough day providing the spoils, tackling pressure and rebounding the ball quickly out of our back half.

"She is someone I always look to as a steady and composed player and I try to work off her," midfielder Erin Meade said.

The Seagulls still had a mountain to climb in the third quarter, but the girls fought valiantly.

A late run by the Saints closed out the game but there were plenty of positive signs heading into these next tough contests away from home, the next being equal top placed Collingwood.