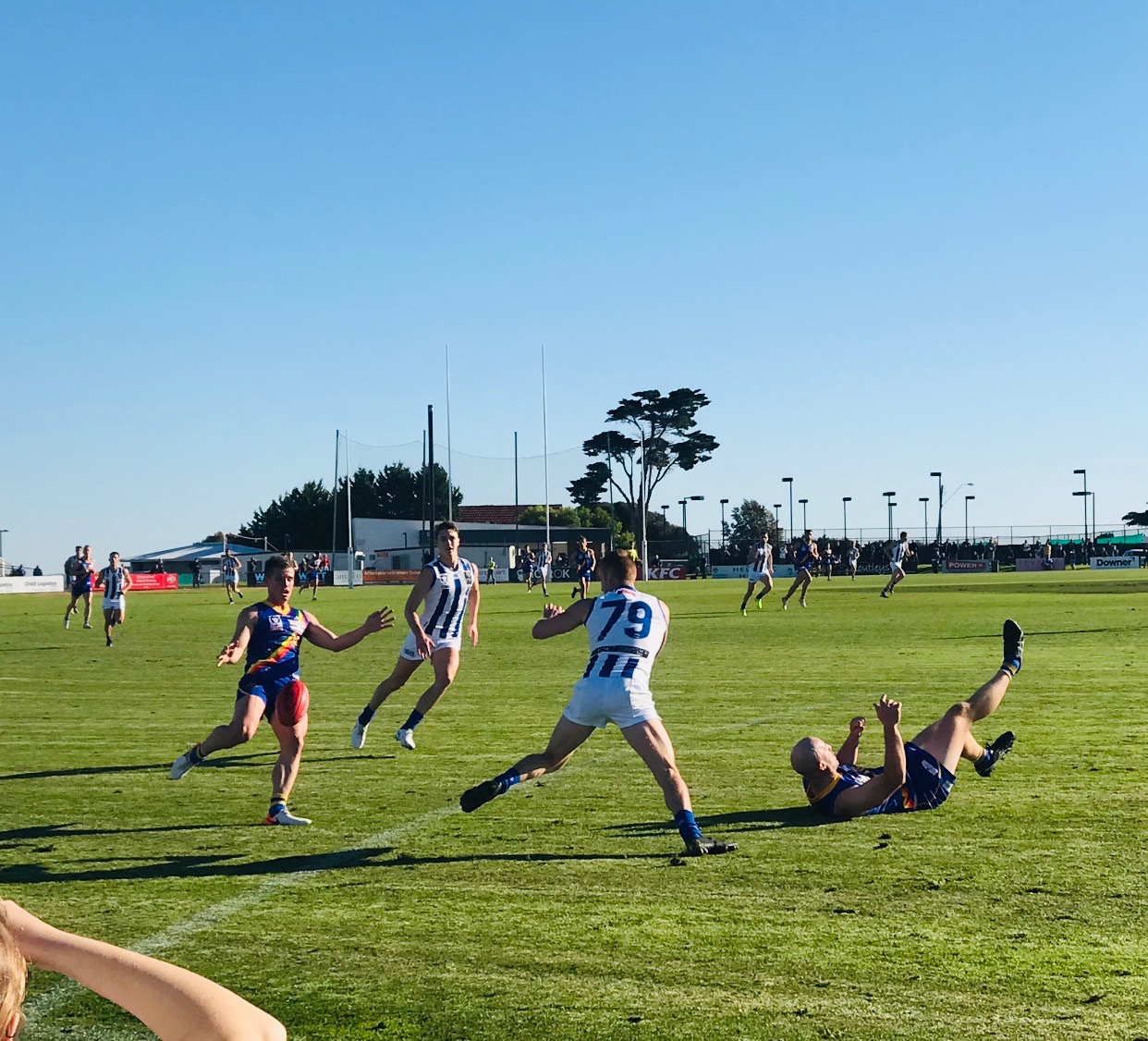 Williamstown has notched up its sixth win of the season in style, with a 53-point victory over North Melbourne.

The sun was shining at Downer Oval as the home side celebrated their second annual Pride Game, now sitting in fourth position on the ladder momentarily with games still to be played in Hard Yakka / Totally Workwear VFL Round 10.

It was an impressive all round performance with 11 individual goal-kickers, including four majors from Nick Rodda, three from Joel Ottavi and two each from Sam Dunell, Mitch Hibberd and captain Adam Marcon.

Nick Meese was a welcome addition back into the team this week, commanding the centre through the ruck up against AFL-listed Tom Campbell.

It was a great contest in the middle of the ground, led by Hibberd (29 disposals, 12 tackles) against his former teammates and the always dependable Willie Wheeler (one goal, 26 disposals, eight tackles).

The Seagulls utilised all of their opportunities up forward, registering only four more inside 50s than the Roos, but kicking nine more goals.

The Seagulls will face their old foes Port Melbourne next week at Adcon Stadium, at 2pm on Sunday.