Collins re-signs until end of 2019 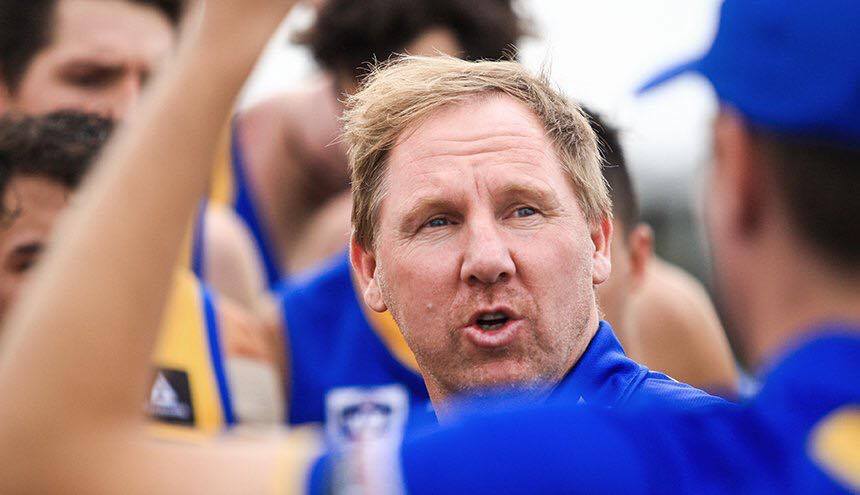 Williamstown Football Club is pleased to announce the re-signing of Andrew Collins as head coach for a further two years.

The 2015 premiership coach will lead the Seagulls until at least the end of 2019 after putting pen to paper late last week.

Collins, who has taken the club to a preliminary final or better in all four years at the helm, says he is excited about the challenges that lie ahead for the Seagulls.

"The Football Club has some exciting challenges ahead, particularly around our ability to maintain success on field," Collins said.

"Playing in finals is something the Club is used to, but playing in grand finals in the pursuit of a premiership is what drives us as a group."

"The Club has not won two premierships in the one decade since the 1950's, so that in itself is a great challenge."

"It's a great Club made up of great people, and I'm so proud to be the coach of this club for the next two years."

Having coached over 200 games at VFL senior level, Collins was recently recognised with VFL life membership at the 2017 JJ Liston Trophy, while also having coached the VFL state team in 2016 and being named as the coach in the 2014 VFL Team of the Year.

Collins was also the victorious Foxtel Cup-winning coach in 2013 with West Adelaide and 2014 with Williamstown, and boasts a record of having never missed a VFL finals campaign throughout his ten year VFL coaching career at Sandringham (where he also won a premiership), Box Hill, Coburg and now Williamstown.

"There is no more experienced, astute, nor passionate coach in the VFL competition than Andrew Collins, and it is terrific that he has re-committed to our Club for another two years," said Reddick.

"Having led our team to the 2017 minor premiership, 'Collo' is highly motivated to continue driving our talented playing group in pursuit of the ultimate success."

Williamstown FC President Fred Hall says the re-appointment comes at a crucial period for the club.

"We have enjoyed four extremely strong years under Collo, and the board saw it as imperative to keep an experienced coach at the helm to help guide us through the changing VFL landscape," said Hall.