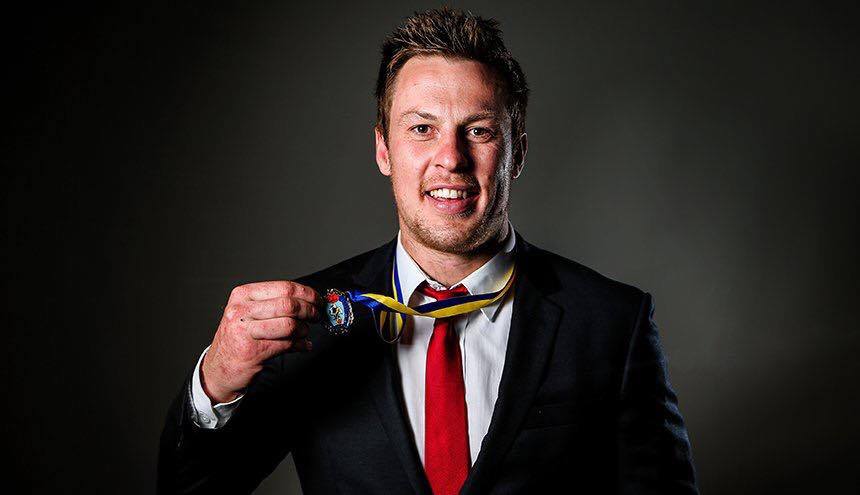 It was a well deserved reward for the 29-year old Meese, who was a dominant force across the 2017 VFL season and gained plenty of media attention for his incredible statistical feats from week to week.

But his dominance wasn't just in the air, with the 197cm big man also averaging over five clearances and almost seven tackles a game, both more than any fellow ruckman in the competition.

Perhaps Meese's biggest statistical feat was his 94 hit-out and one goal performance against rivals Footscray in Round 15, helping his side to a 79-point win and setting up a strong run home to the finals.

His 61 hitout per game average in 2017 also dwarfs that of any other state league ruckman, with the next best being GWS Giants ruckman Dawson Simpson who averaged 48 hitouts in the NEAFL.

Since arriving at Burbank Oval for the 2014 season, Meese has been named as ruckman to the VFL Team of the Year on all four occasions (making it five in total), won state team selection, was a part of the 2014 Foxtel Cup premiership side and of course, was crucial to the club's 2015 premiership run.

Much loved by players, coaches, staff, support staff and fans alike, Meese has become a cult-like figure of the Williamstown Football Club, in a similar vein to the star ruckmen who have gone before him such as Barry Round and the great Gerry Callahan.

Having now etched his name in Williamstown history as a best and fairest winner, Meese's focus, along with the rest of his teammates', will now be on bringing home another premiership cup to Williamstown.