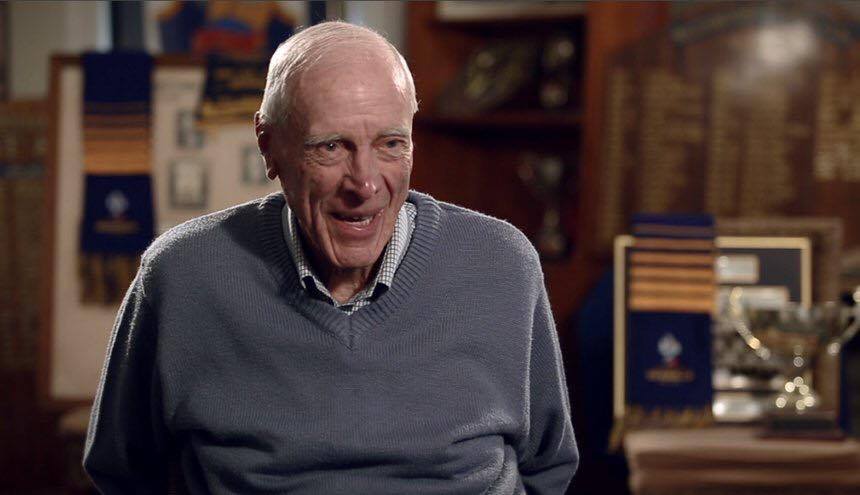 Murphy played in the back-to-back premierships of 1958 & 1959 during the golden era of the Williamstown Football Club, and played in another two grand finals in 1961 and 1964, before finishing up his playing days with 125 games and 146 goals.

Lindsay's son Glen would also go on to play in a premiership in 1986 with the club, an achievement that brought Lindsay much pride and joy.

Lindsay was part of an 'unofficial selection committee' during the mid-late 1980's, along with Alan Round (father of Barry), Don Smith (father of Grant) and John McTaggart (father of Brett).

As well as being a life member of the club, Murphy was also a Club 1864 member of the Seagulls and attended the majority of Williamstown games each season.

Murphy was a gentleman and a great supporter of the football club, attending many functions including this year's Hall of Fame & 1960's Team of the Decade event, in which he was named at centre half-forward.

The Club has lost a great Williamstown person and he will be sadly missed by all associated with the Seagulls.
We send our deepest condolences to his wife Beryl and the extended Murphy family.
The funeral for Lindsay will be held on Thursday 28th September at 10.00am, at the Nelson Bros funeral home in Williamstown (81 Kororoit Creek Road, Williamstown).