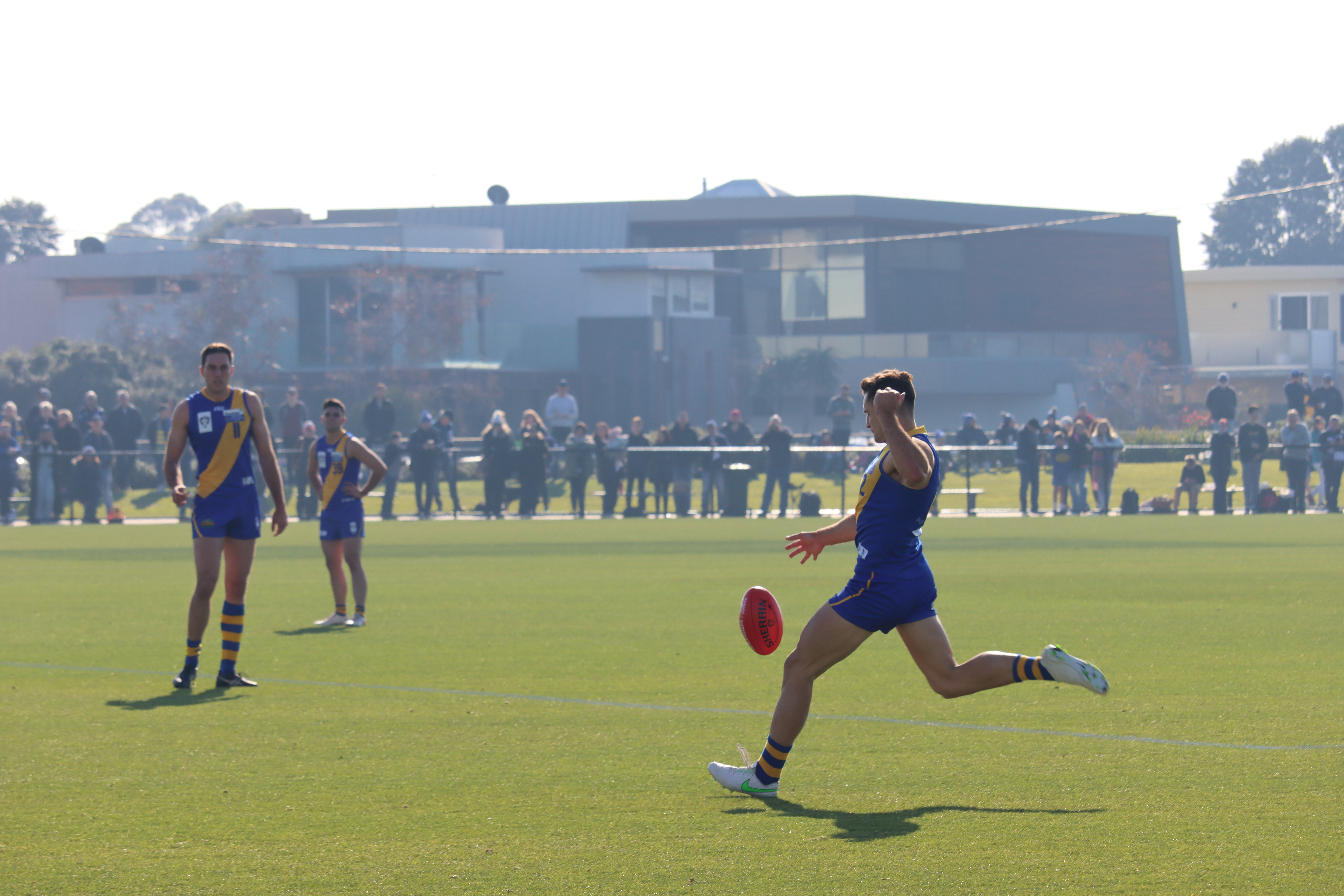 Despite a strong last quarter performance the Seagulls weren't able to run over the top of a very strong Geelong outfit.

It was a perfect day for football at Downer Oval with the sun shining and an enthralling contest on our hands with two top eight sides going head to head for the first time since 2019.

The footy was dominated by Williamstown in the initial part of the first quarter but, with constant Geelong pressure, accessing the ball cleanly was almost impossible. After 10 minutes with no score, the Cats broke the drought and kicked the first. Not long after that however, Williamstown big man, Nick Rodda, got the home side on the board kicking his first for the day. Josh Pickess was also rewarded with a goal after an amazing tackling effort on the goal line which led to Williamstown's second for the term. With Geelong pressing hard, they were able to hit the scoreboard and lead by five points heading into the first break.

As the second term got underway, Geelong looked ready to pounce as they dominated possession and added five goals to their tally throughout the term putting the Seagulls on the back foot. Opportunities did arise however for the Gulls as a special moment for young-gun Mitch Mellis kicking his first goal for the club with a crafty finish around the corner which lifted his teams' spirits. With Corey Rich also looking dangerous up forward he kicked his first to keep the visitors in sight for a chance at a late comeback win.

Geelong led by 23 points at the main break.

It was a very evenly contested third quarter with goals to Noah Gown, Tom Downie and Corey Rich but the Seagulls were unable to make large indents to the Cats' margin as Geelong were able to salvage three goals in the term as well. Liam Hunt played a pivotal  role in the contest for the Gulls as he collated 29 disposals for the game, giving Williamstown the chance to surge forward. But it was the duo of Jack Leslie and Charlie Dean who really highlighted the Seagulls defence by picking off a whopping 20 marks between them, stopping any high ball that entered the Gulls' defence.

Williamstown trailed by 21 heading into the final term.

It didn't take the Seagulls long to strike as big man Noah Gown got the train started with a spectacular one-handed mark in the goal square followed a goal to give the Seagulls a chance to claim an unlikely victory. Tom Downie followed with a class goal, by kicking one around the body to make the Geelong fans very nervous. Once again Corey Rich was causing headaches in the Geelong camp by finding his third goal to bring the home side within one point of the Cats. With all the momentum, the Gulls were unable to capitalise on their good work with poor kicking effiency when going inside forward fifty. Geelong pulled away in 'time on' by putting a dagger in the heart of all Williamstown supporters by kicking a late goal, eventually running away 12-point victors.