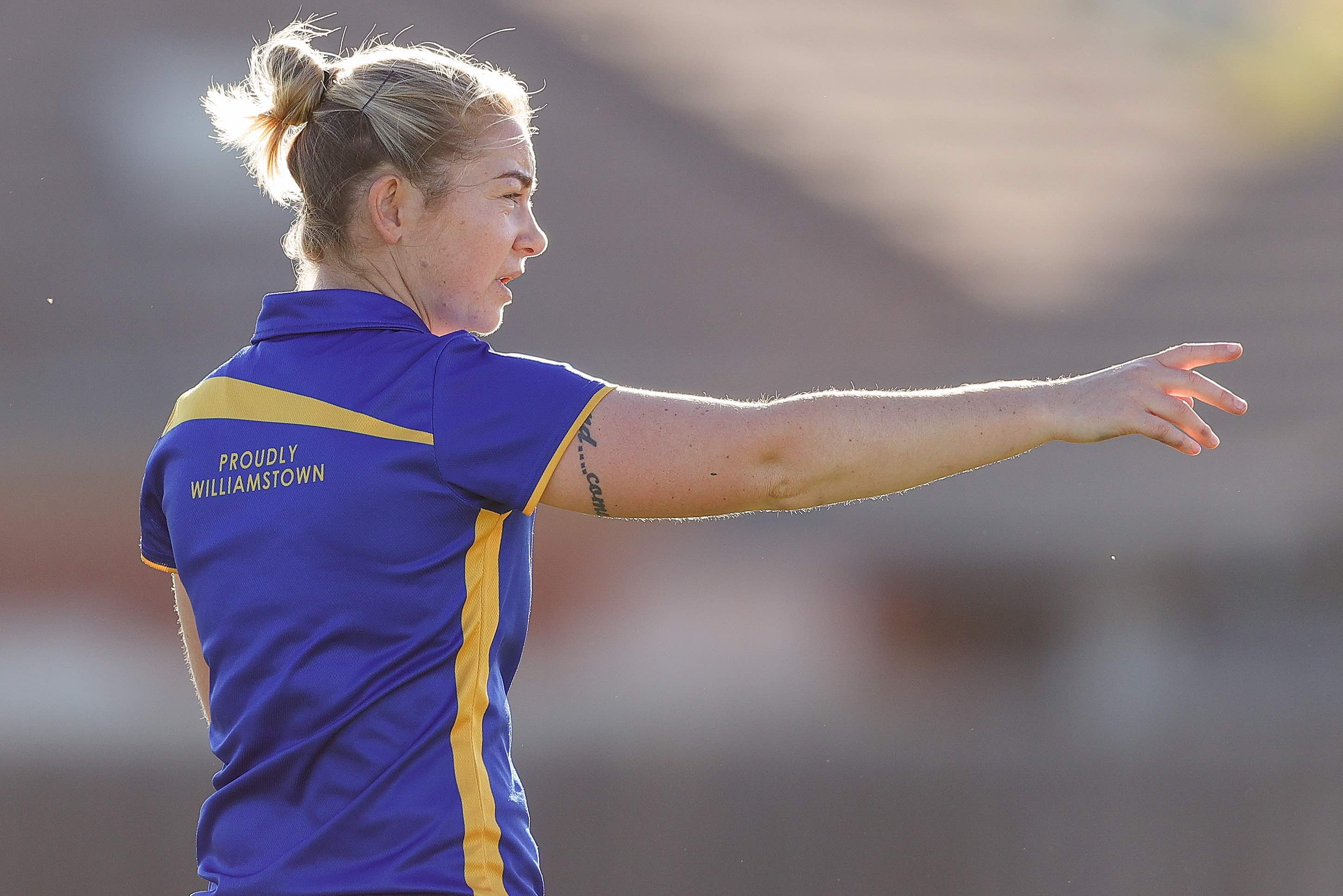 Strong, resilient, respectable, a cocktail of values that best describes Penny Cula-Reid as she has just completed her first season as Williamstown's head coach.

Before Penny's time at Williamstown, she prospered at Collingwood both as a player and a coach. She was apart of Collingwood's inaugural season in 2017 later transitioning into coaching and creating the building blocks for what has been a very successful team. The climax of her coaching career at the Pies would be that of guiding them to a premiership in the VFLW in 2019, ending her time at the club at the top of the ledger.

Being a trailblazer for the women's game is in Penny's blood as from the age of 14 she battled and stood up for the development of girls being able to live up to their dreams and keep playing the sport they love.

Penny, along with a small cohort of female footballers took their interests to the Victorian Civil and Administrative Tribunal (VCAT), which would ultimately result in the formation of a youth girls league in Victoria. The case gained a lot of traction from the media and paved the way for all female footballing pathways and the now elite levelled AFLW.

Penny has been essential to the transformation of our women's program as she her professional experience and her hard-nosed demeanour for success has be uncompromised.

We would like to thank Penny for all of her work not just for Williamstown but the sport as a whole.

The 'Inner Sanctum' caught up with Penny to talk about her life in football.