"It's a privilege to wear the jumper" - Toner 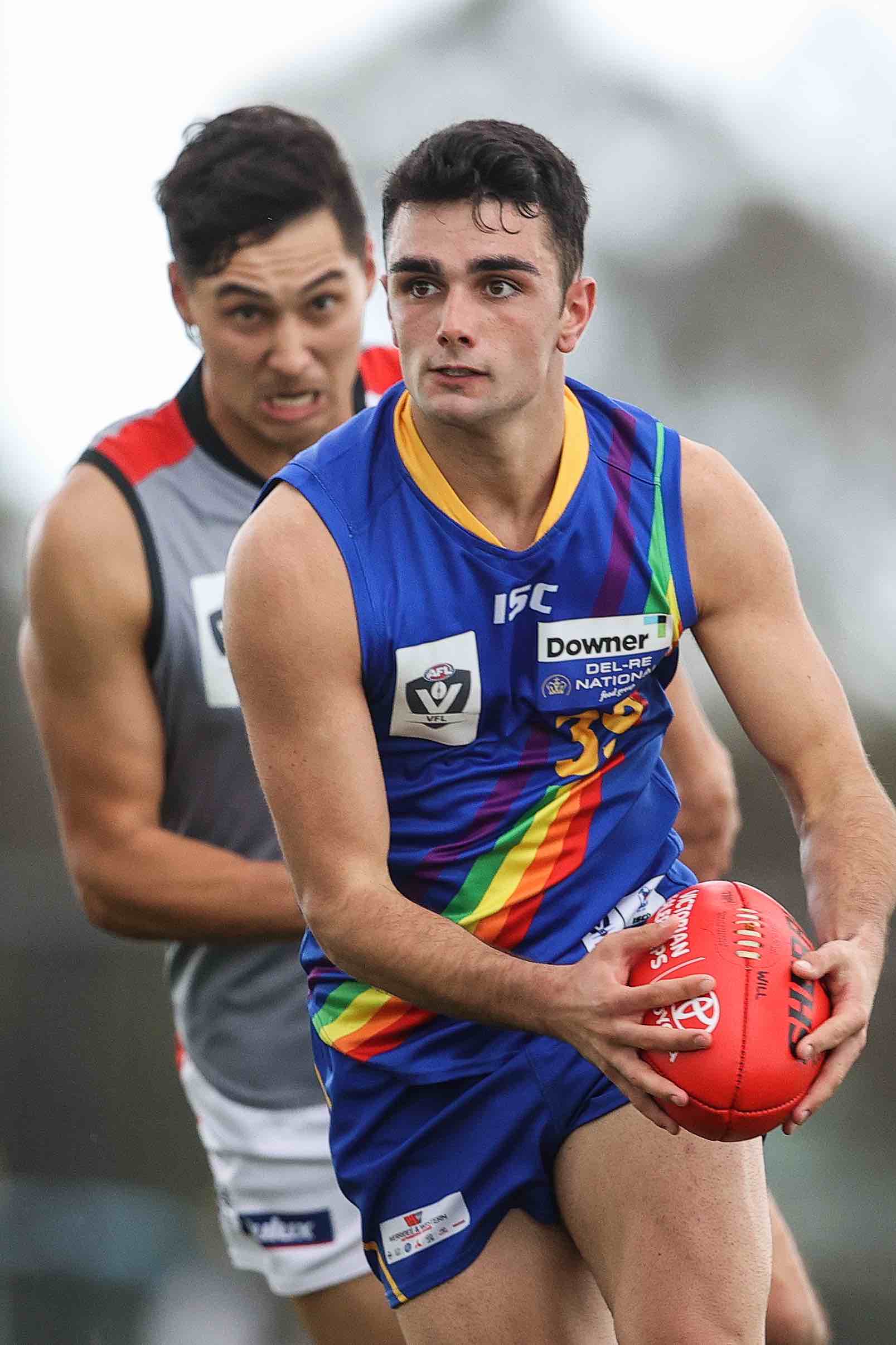 From Narre Warren to Williamstown, eye-catching youngster Jack Toner has become a pivotal part of the Seagulls’ success in the early parts of the 2021 season and has already shown his maturity on and off the field.

While state league footy in Victoria halted in 2020, Toner was lucky enough to play at Central Districts in the SANFL where in his 10 games he averaged an impressive 17 disposals per game at just 20 years of age.

“Putting a year of senior state league footy on my resume which will really help me in the future, it definitely allowed me to progress my game under Jeff (Andrews) at Centrals and I’m very thankful for the opportunity that I got,” he said.

Toner has enjoyed the challenge of VFL-style football and has relished his opportunity against AFL-listed talent, collecting 23 disposals (fourth highest of the game) while also showing off his aerial skills with six marks in the side’s most recent game against Sandringham.

“There are some quality players and you have to be really respectful of who you are play on here, but at the same time you can’t let it consume you,” he said.

With experienced defensive counterparts such as Carlton-turned-Williamstown pair Harrison Macreadie and Cam Polson, the now 21-year-old is enjoying his time around them.

“’Creads’ and ‘Pols’ are some of my better mates at the club and I hang off them a fair bit," he said.

"They’re probably getting sick of me, I’m a bit of a nuffy for the AFL insight!

“But they appreciate me taking interest, it would be remiss of me not to pick their brain.”

The strong rebound defender has been working hard to improve the physical side of his game over the past two years and believes there are already signs of that improvement.

“I’ve broke into the top running group and I feel I’m maturing into my body,” he said.

“I found last year that it would help if I was that tiny bit quicker so I worked with a speed coach over the summer and now I can see as I can now get to the next contest or allow myself to find the handball receive, I think I’ll really reap the rewards throughout the season.”

With just five Williamstown games currently to his name, the want and respect the young defender has for the club is astounding.

“I would really like to be a part of a finals group at this club, to be able to embed myself in the club’s rich history would mean a lot to me,” Toner said.

“Also to be able to earn the respect of players that have been here for years is one of my goals.

"It’s a privilege to wear the jumper and hopefully I can earn my stripes.”

Toner is averaging 15.8 disposals and 6.4 marks per game this VFL season and has held his own in every encounter as a player for fans to look out for in the coming rounds. He has also nominated for the NAB AFL Mid-Season Draft as he looks to progress his career in football.