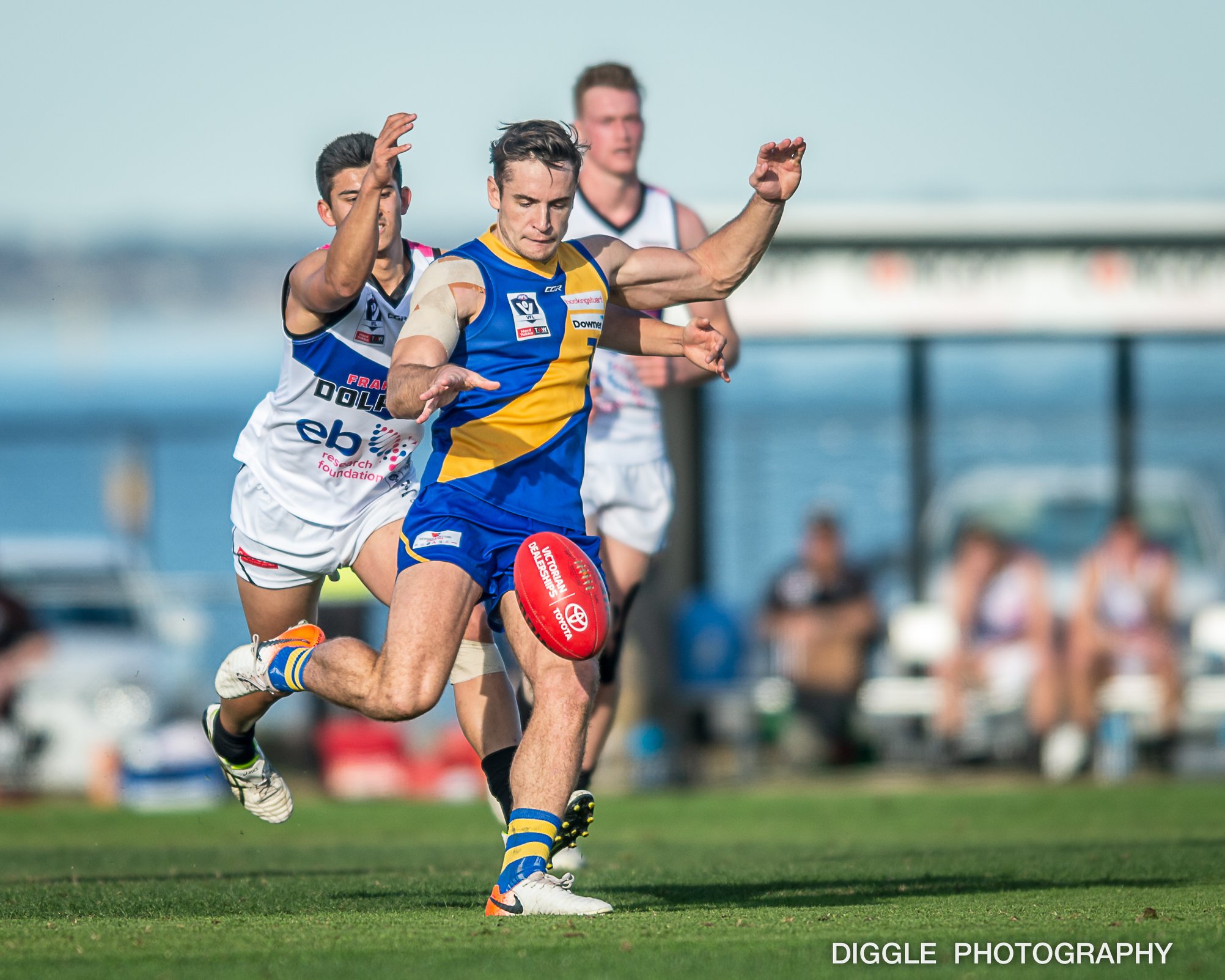 (Mitch Hibberd gets a clearing kick away against the Dolphins during the 2019 season).

Williamstown has named emerging forward Noah Gown and included ruckman Tom Downie in the squad for its all-standalone clash with Frankston at Downer Oval this Saturday.

There will be just one standalone club left undefeated after Saturday's game, with both sides currently locked at 3-0 after strong starts to the season.

The Dolphins have downed Coburg, North Melbourne and Aspley, while the Seagulls are coming off wins against the Northern Bullants, Werribee and Port Melbourne.

Saturday's game will be the first of a Williamstown Pride Round double-header, with the VFL's first bounce at 1:35pm followed by the VFLW contest beginning at 7pm under the Downer Oval lights.

Williamstown's men's and women's teams will both wear specially designed Pride guernseys, as a way of not only spreading awareness, but promoting diversity and celebrating inclusiveness.

The last time Williamstown and Frankston met was in Round 14, 2019, with the Seagulls running rampant in a 62-point win at home.

The game is a fully ticketed event. Click here to purchase your tickets! All WFC members will have been sent an email during the week with their tickets.

Seaview Events Centre will be open as a social club free of charge for all supporters from 1pm, with a behind glass luxury facility, live TV broadcast of the game, nibbles and a full cash bar to be enjoyed.

Stay tuned to Williamstown's Twitter page for all the live updates throughout the game, which will also be broadcast live on Kayo.

WHO: Williamstown v Frankston
WHEN: 1:35pm Saturday May 8
WHERE: Downer Oval 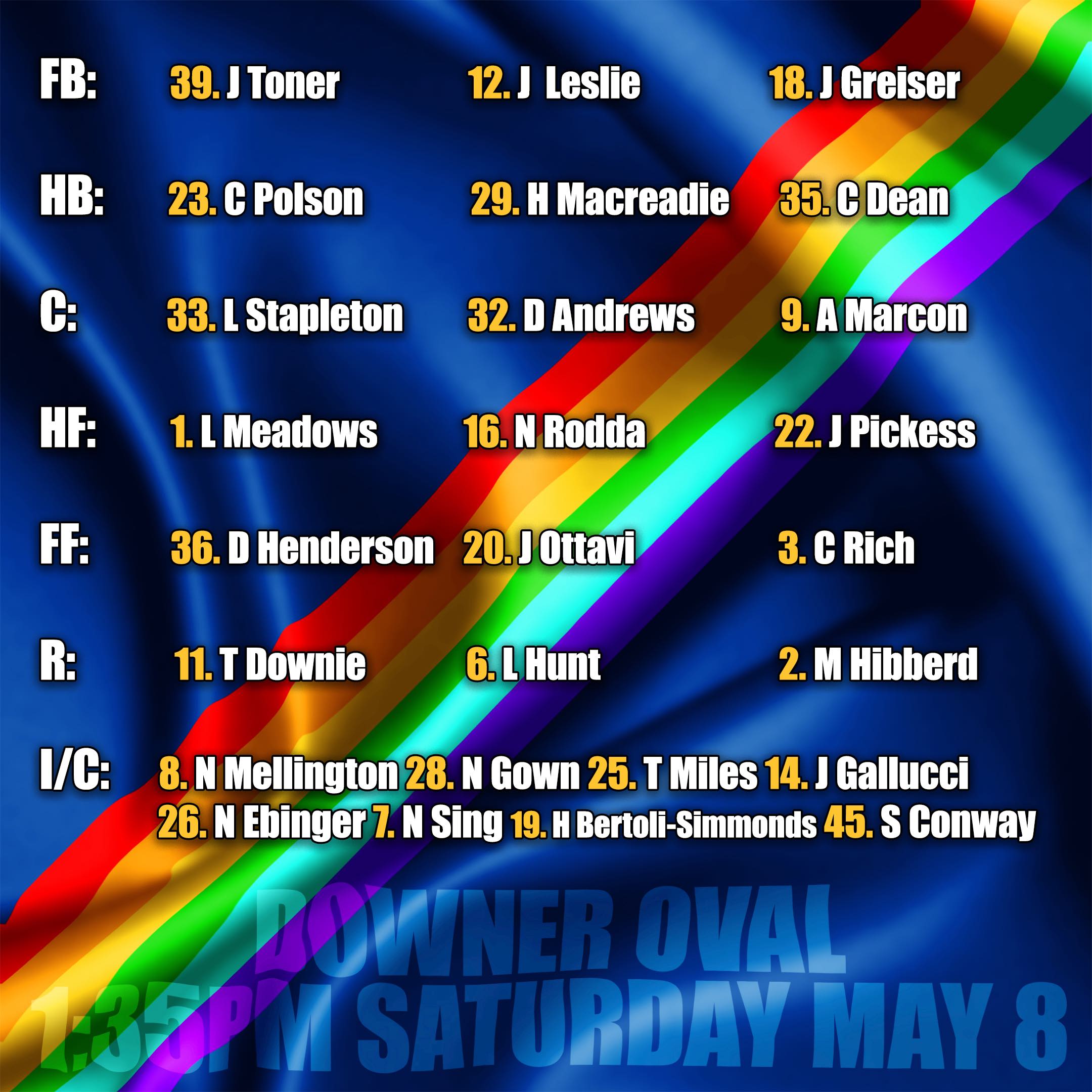 Due to the Council’s current renovation works at the cricket practice area, we are unable to deliver our traditional Kids Activity Zone amusements. However we encourage families to bring along a football on Saturday and enjoy a kick on the new ground surface during the quarter time breaks of the VFLW and VFL games (outside of the centre square and goal square areas which will remain protected from foot traffic).