Seagulls edge out Falcons in first game of 2021 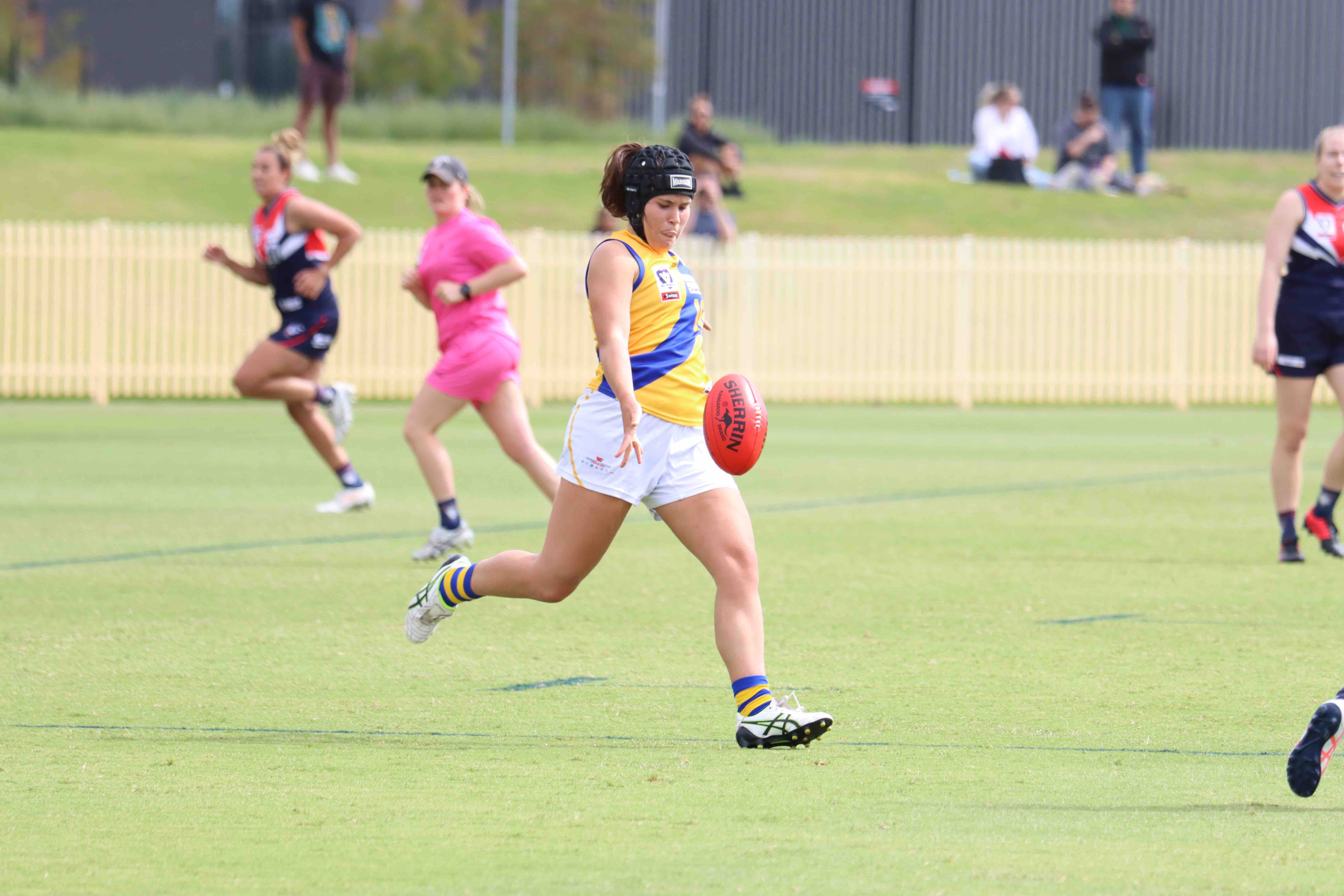 Williamstown used a three-goal to nothing first quarter to edge past Darebin at LaTrobe University on Saturday morning.

In the side’s opening contest of the year and first of three practice matches in the lead up to Round 1, the Seagulls broke away early before weathering a late Falcons storm to hold on for an 11-point win.

The young squad - littered with new faces - was full of buzz from the outset and gave spectators a glimpse of what’s to come this season.

Despite it being a pre-season contest, it was an entertaining and tight encounter from start to finish.

Williamstown’s hot start was highlighted by two goals in as many minutes to Aleisha Casley, before Sasha Long bounce through a long-range set shot just minutes later to create early separation and an 18-point lead at quarter time.

A down the field free kick saw new recruit Tori Snelleksz goal from close range and within one minute of the second term Williamstown’s lead became 23 points.

But the Falcons kept pressing and capitalised on their momentum, managing two majors of their own as the half time lead drew back to 11 points.

The third quarter was a fierce tug of war for territory with both teams struggling to turn forward 50 entries into consistent scoreboard pressure.

Darebin finally broke the deadlock late in the quarter, setting up a grandstand finish with just one goal separating the two teams.

The final stanza was reminiscent of the third.

The Falcons had a chance to steal the lead for the first time all day but with a behind the result and just five points in it, the first hit out of 2021 became a thriller.

The Seagulls managed to find an extra gear late in the last term to outlast their opponents who were making a late charge.

Never surrendering the lead, a clever dribble out of a pack from Ash Melnikas secured the spirit-boosting win.

Williamstown’s next VFLW practice match will be against the Southern Saints on Saturday, February 13 at Trevor Barker Oval as the build up to Round 1 continues.