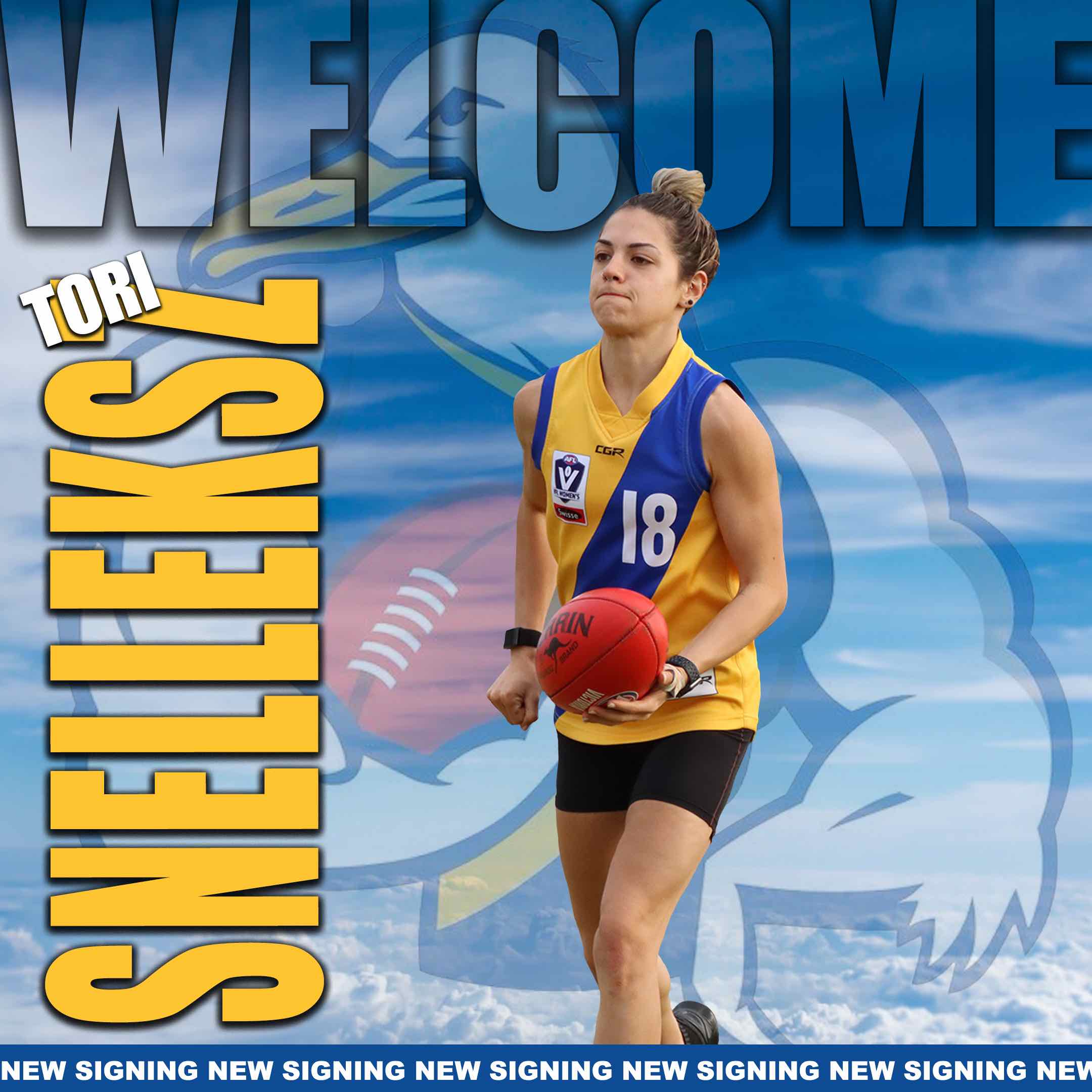 Williamstown Football Club is pleased to announce the signing of Tori Snelleksz for the 2021 VFLW season.

Snelleksz arrives at the Club after a premiership-winning 2019 for local side VU Western Spurs in the Northern Football Netball League (NFNL).

The 25-year-old played eight games for the Spurs, who went through the NFNL Division 1 Women’s season undefeated.

Snelleksz comes from a soccer background, having signed as a back-up goal keeper for Melbourne Victory in 2014 after previously playing in the NPL.

VFLW senior coach Penny Cula-Reid said: “From the moment Tori came down to training, there was a fire in the eyes - she may be small in size but has the heart and strength of a Lion.

“She continues to push herself and everyone around her to get the best out of the program.

“Tori’s high level soccer background has built a foundation of work ethic and mateship - two of the most important off-field behaviours you need to be competitive at this level.

“Having played in a couple of premierships at VU Western Spurs, Tori knows what it takes to be successful, building momentum from the get go with surrounding the group with like-minded people sharing a common goal.”