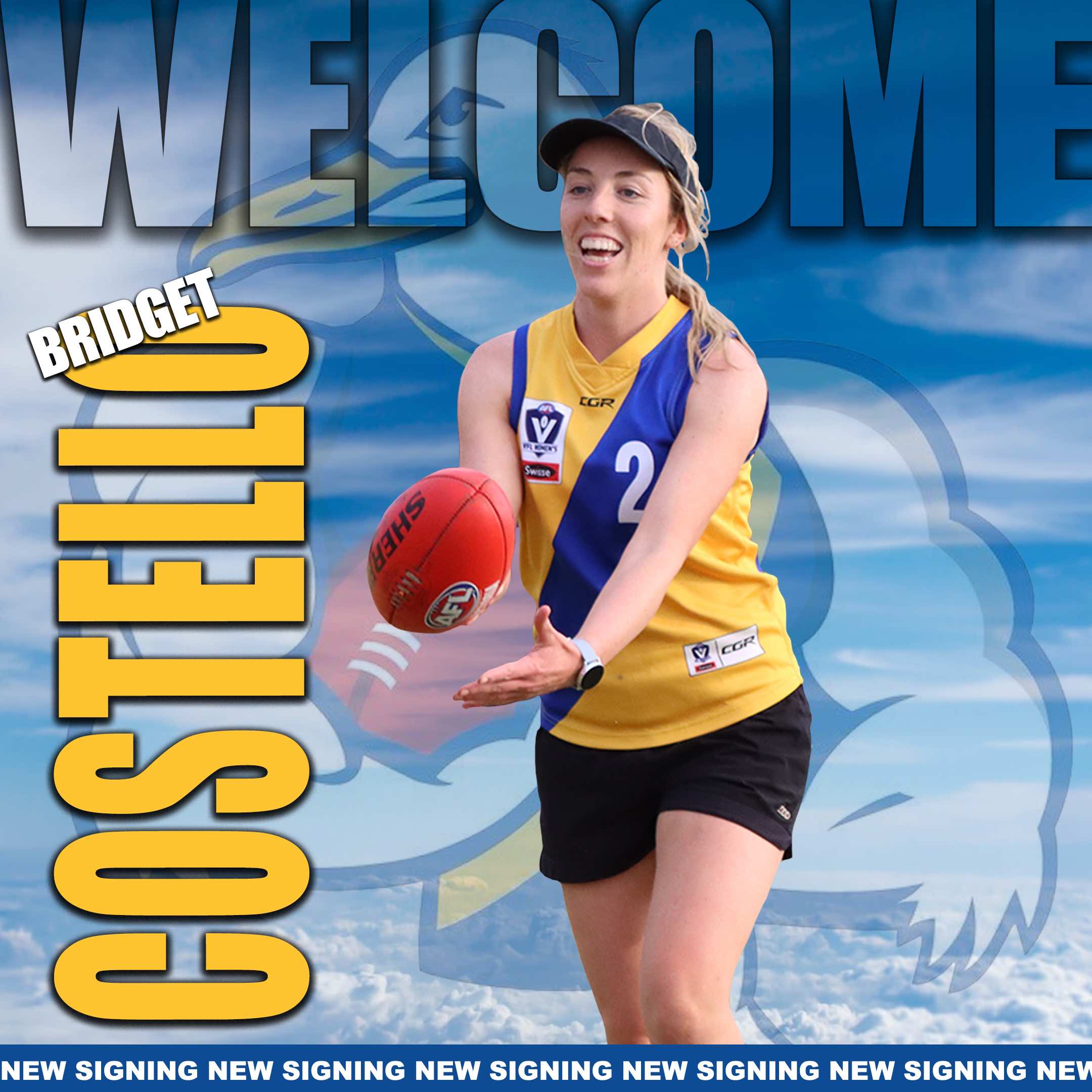 Williamstown Football Club is thrilled to announce the signing of Bridget Costello for the 2021 VFLW season.

Costello, who comes from a representative basketball background, joins the Club after earning VAFA Team of the Year honours in 2019.

The 25-year-old co-captained Therry Penola FC to the Division 2 Women’s premiership last year, claiming the best on ground medal in the six-point win over Williamstown CYMS in the decider.

The versatile forward's stellar season was recognised when she finished second in the Club's best and fairest count, booting 15 goals from 12 matches and being named in the best players on 10 occasions.

VFLW senior coach Penny Cula-Reid said: “Bridget found her way to Williamstown through a connection with our CEO Jason Reddick.

“She came down to the first training session and hasn’t missed a beat. It was clear to me that Bridget has played high level competitive sport before with the way she was able to find space in our small-sided games.

“Bridget told me she felt a little rusty and wasn’t sure if she was good enough to play state league level, she wanted to be challenged and she found that at Williamstown.

“Bridget fits in perfectly with the values of the Club and can see her really wanting to improve her football, and that to me is the perfect player to coach.”