Williamstown the "highlight of my career" - Harvey

“The best decision I ever made in football” 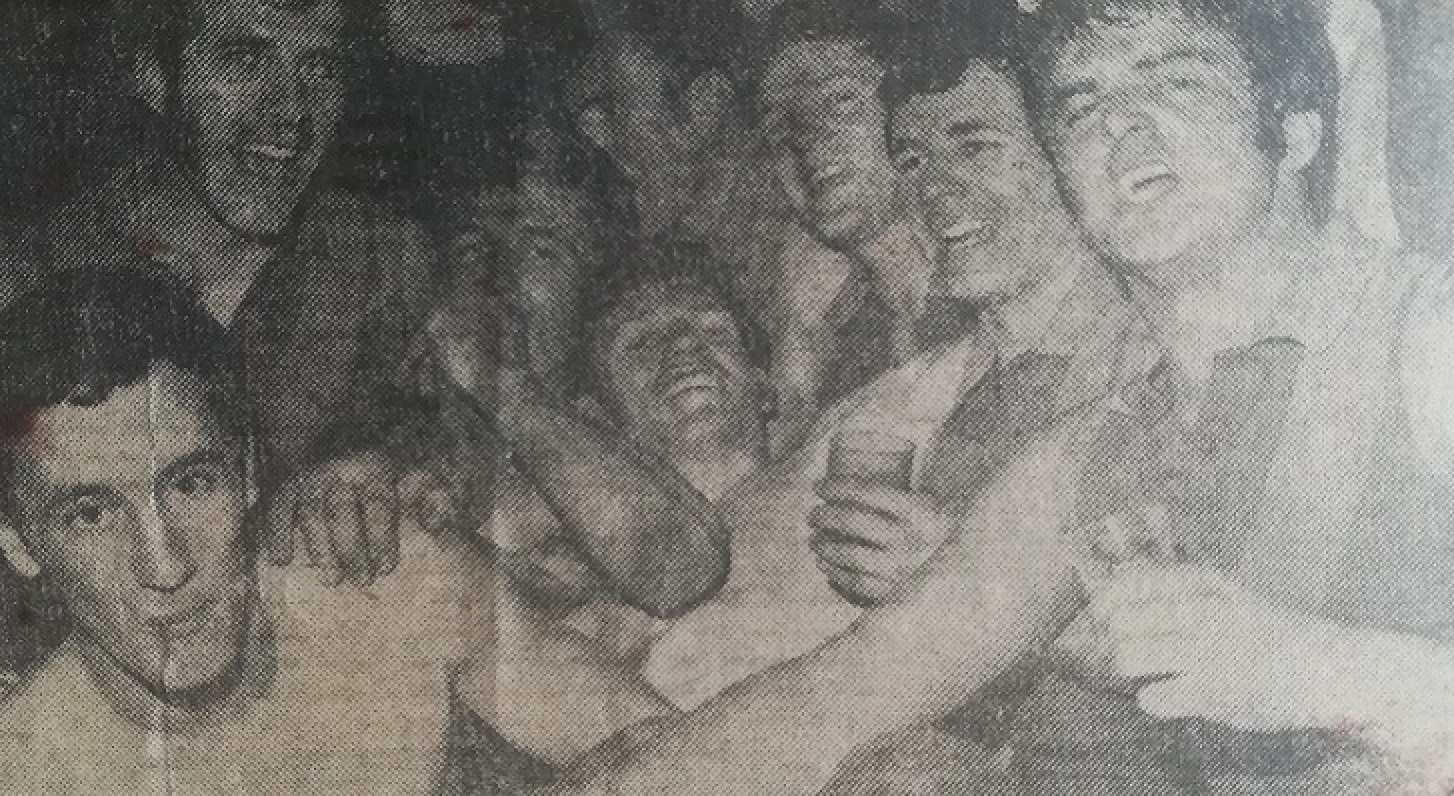 Brian Harvey was in a bit of a state of nowhere just days before he signed with Williamstown ahead of a premiership-winning 1969 season.

At 19, he had just been delisted by Footscray after playing two VFL matches and was on the lookout for his next opportunity as a rising star in the game.

One weekend he played for Yarraville in a scratch match, but after what he described as a “fairly good game” personally, “no-one really spoke to me after the game or anything, so I just went on my way”.

The following Sunday he played in a practice match at Williamstown on the advice of Robert Percy, who had been delisted by the Dogs at the same time.

The pair played in the same practice match for the Seagulls and as a result signed on the dotted lines in front of coach at the time Max Papley on the same day.

Harvey remembers that first-impression feeling of walking into the club he would call home for the next four years.

“Even getting ready for the game - and I have vivid memories of this - it was just an atmosphere you wanted to be a part of, it was just like a country town as such because all the locals were so heavily invested in the club,” Harvey said.

“Max Papley called Robert Percy and I into a room and we sat down and talked, and we signed that day after the practice match.

“That turned out to be the best decision I ever made in football.”

And he really means that.

The 1970s Team of the Decade back pocket speaks highly of his time spent at Williamstown, and puts success in that era down to one thing: friendship.

“It was amazing, we were all just so close and are still friends for life,” Harvey said.

“I think that’s why during that era we were so successful was because we all got along so well together.

“It wasn’t just that premiership year, the people, all the blokes, we were really riding a wave in that period and it was a magic time.”

Still in the early stages of his football career, Harvey was awed by the tight-knit community that was Williamstown and its players, staff and supporters.

Whether it was the group of fans who voted on their own best and fairest separate to the club or the many trainers and volunteers at the time who invested endless hours to make everything possible, he learned a lot about appreciation and respect. 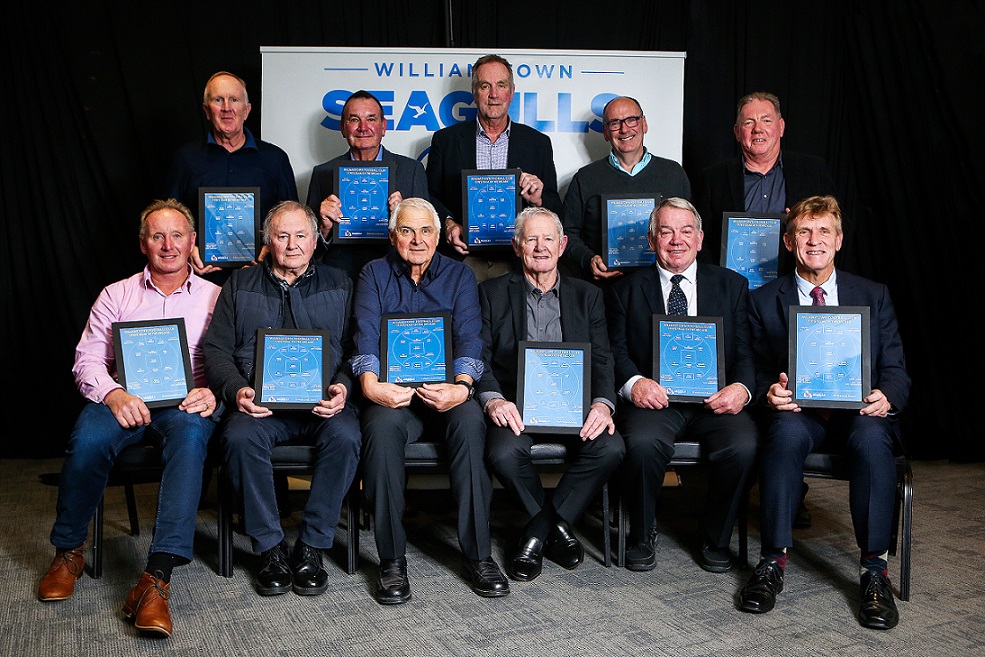 “There were so many amazing characters around the club at the time; Tommy Stewart, Bill Dooley, Kelly Brent - just all these people that were part of the club that weren’t actually players, it used to really get to me,” Harvey said.

“I remember I used to think to myself ‘these guys do a fabulous job, what would we do without them?’ It wasn’t something I thought about previously, being so young, but it gave me an appreciation of the work people do to keep a club going that as a player you don’t really think of, you just think you turn up every week and it happens.

“There were so many other little things that you learnt to appreciate as well,” he added.

“During pre-season training we would get sent on a run along the Esplanade and come back down Ferguson Street and people would call out to you. It was like ‘who’s that? Well I don’t know’, but people were that heavily invested and it was great.”

After the 1969 grand final, all players got presented at the Williamstown Town Hall, with each of them taken out onto the balcony and introduced individually.

Ferguson Street was a “sea of faces”, and no cars could get through.

“So many people had come to greet us, it was honestly just unbelievable and a moment I’ll always remember,” Harvey recalled.

The Seagulls rose from fourth position on the ladder to defeat Sunshine by 20 points in that year’s decider - a result the now 71-year-old believes was inevitable.

“It’s hard to put a finger on it and it’s not arrogance, but in ’69 I just couldn’t see us being beaten in that year,” he said.

“I’m sure others felt that as well. We just seemed to hit that roll and it was a month of just, I don’t know what you call it, but you were just on top of the world.

“We didn’t win the games easily, but it was just the comradeship of everybody that got us over the line.

“But it wasn’t just the players, and this is what I said before about appreciating the people behind the scenes, it was just everything, it was a great place to be. And I find it difficult to put into words, but that’s exactly how I felt.

“During the week I couldn’t get to training soon enough, as soon as I finished work I was bolting straight down to training.”

Harvey was also a part of the 1970 grand final side, was named in the 1970 VFA Team of the Year and won the best and fairest award in ’71 ahead of Bob Svorinich and Les Stillman. He finished on 59 games for the club before eventually crossing to Werribee - a move he still regrets.

Is he proud of what he achieved during his Williamstown stint?

“Absolutely. 100 per cent. It was the highlight of my football career,” Harvey said with assertion.

“Being at Williamstown for that premiership and then winning a best and fairest in ’71, I look back and I really treasure that.” 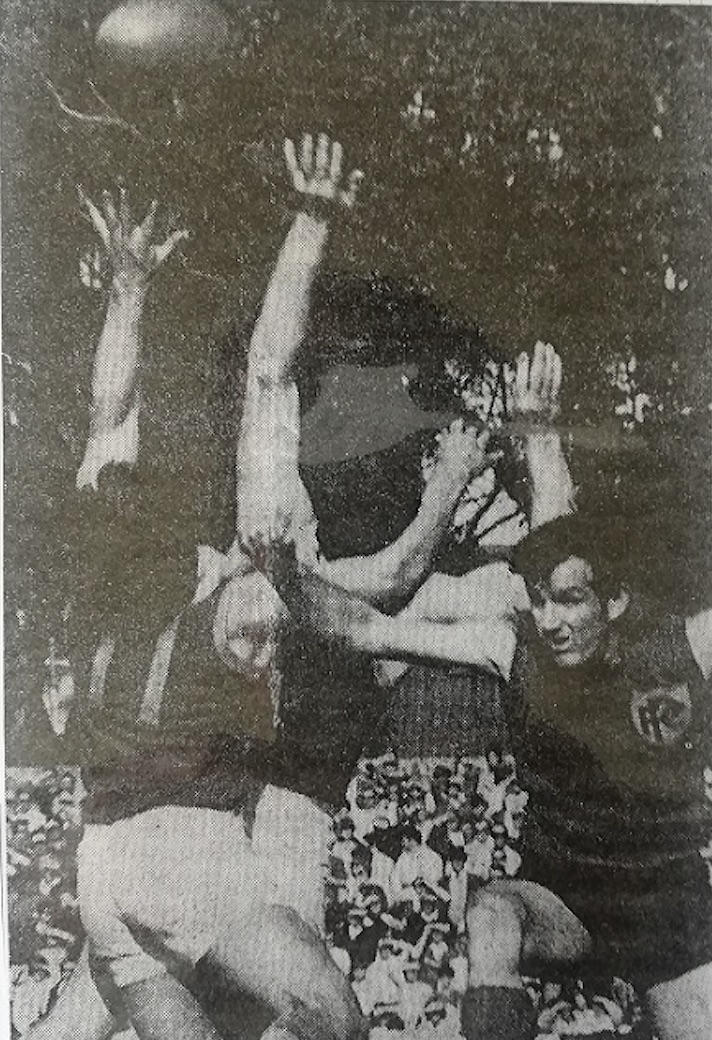 (Brian Harvey reaches for a mark in the 1970 grand final while Prahran captain-coach Kevin Rose crashes in).

One man who Harvey said had an enormous impact on the club during that era was Legend and Team of the Century centreman Max Papley.

Past players have long insisted that the Williamstown Hall of Fame member was well “ahead of his time” when it came to tactics, introducing a game style - switching the ball to the ‘fat side’ - that VFL coaches would eventually take credit for bringing into the game.

But it wasn’t just his strategic mind that stood out.

“He was an outstanding player and coach, he really was. At that time, there was a lot of behind the play, off the ball stuff,” Harvey explained.

“He used to really cop it from the opposition but he’d never give anything back out, he’d just cop it and move on. He was a great leader in that regard.

“I remember out at Preston one day a guy was deliberately kneeing him in the thigh when the ball was at the other end, but he’d just walk away.

"He really was an outstanding coach.”

The game has changed considerably since then; the ball was kicked to a contest more often and there was no wing position which is part of the reason Papley introduced the switch play - “if you had the ball on one side, the other half-back flanker had to take off and you had to cross it out in front of him”.

Torpedos were also used more as a passing mechanism rather than just an every now and then long bomb from 60 out.

Harvey could count the amount of times he unleashed a barrel in his career on one hand.

“I kicked just one goal for Williamstown and it actually was a torpedo. We were in ankle-deep mud out in Dandenong and it rained all day. My one goal was from a torpedo which I hardly ever used. Other days I’d try it and it would completely come off the side of the boot.”

Asked if it was Malcolm Blight territory: “Oh God no!”

Three of them left the Bulldogs at the same time - Brian Harvey, Robert Percy and Kevin Jackman. For all of them to end up at the Seagulls and be a part of its premiership history is something they all treasure to this day.

“And believe me, we really do all treasure it, our time at Williamstown,” Harvey said.