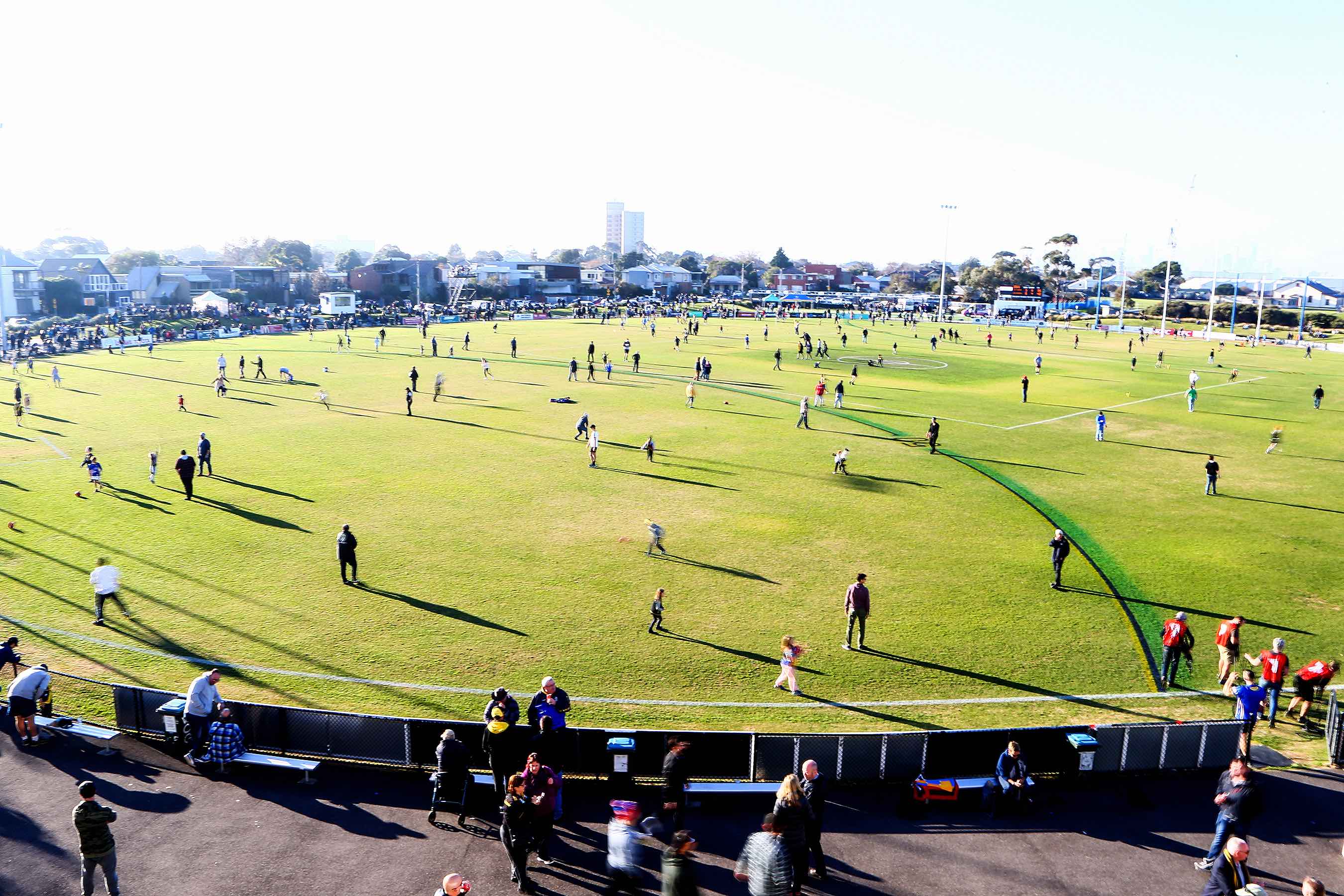 The standing of Downer Oval as the premier sporting oval in Hobsons Bay has been confirmed this week, with Council giving approval for a $2.4M investment into the venue, which includes reconstruction of the playing surface.

The extensive works will commence at the end of the VFL season in October 2020 and are scheduled to be completed in April 2021.

CEO Jason Reddick was thrilled with the Council decision. “This project will enable Downer Oval to cater for state league football games as well as community football users, without the safety concerns of surface issues that have restricted its utilisation in the past,” Reddick said.

In previous years VFL and VFLW games have had to be relocated due to the surface being deemed unsafe for use. In addition, subsequent fixtured games for over 50 community teams from the Western Region Football League (WRFL), the Victorian Amateur Football Association (VAFA) and the Herald Sun Shield School competition had to be relocated away from Downer Oval due to the state of the surface.

Reddick acknowledged the efforts of everyone in getting this result.

“This decision is the culmination of five years of work. We thank all our members who signed the Club’s petition that brought this project into focus, and of course the Council officers and Councillors who have recognised and understood these stakeholder and community needs, and accordingly actioned this project as a priority,” he said.

“We also see this as a positive step towards securing State and Federal Government support for our facility project that will deliver additional change rooms, gymnasium and match day facilities to cater for women’s football and multiple games at the venue featuring community teams.”

Club president Clint Rippon believes the ground upgrade is an enormous boost for the community and the strategic plan of the Williamstown Football Club.

“We see this as a key first step in realising our masterplan to redevelop our facilities to not only match our peer VFL clubs but set a new standard for community sporting venues,” Rippon said.

A 2020 VFL season is due to commence on August 1st, with Williamstown to host four home games at Downer Oval. The final fixture will be released next week.

The new surface is expected to be ready for play in May 2021.

“We will work with the AFL requesting away fixtures for our teams in April next year to accommodate this project  timeframe,” Reddick said.

Mr Reddick acknowledged the disruption to the Williamstown Cricket Club in relocating their home game fixtures this summer, and thanked them for their understanding and support.

“It’s great that this is a joint project that will also include an upgrade of the cricket net facility at the ground, so no doubt the short term pain will generate long term gains for both our tenant clubs and the local community, and we look forward to working with Cricket and the Council to deliver these outcomes,” he said.