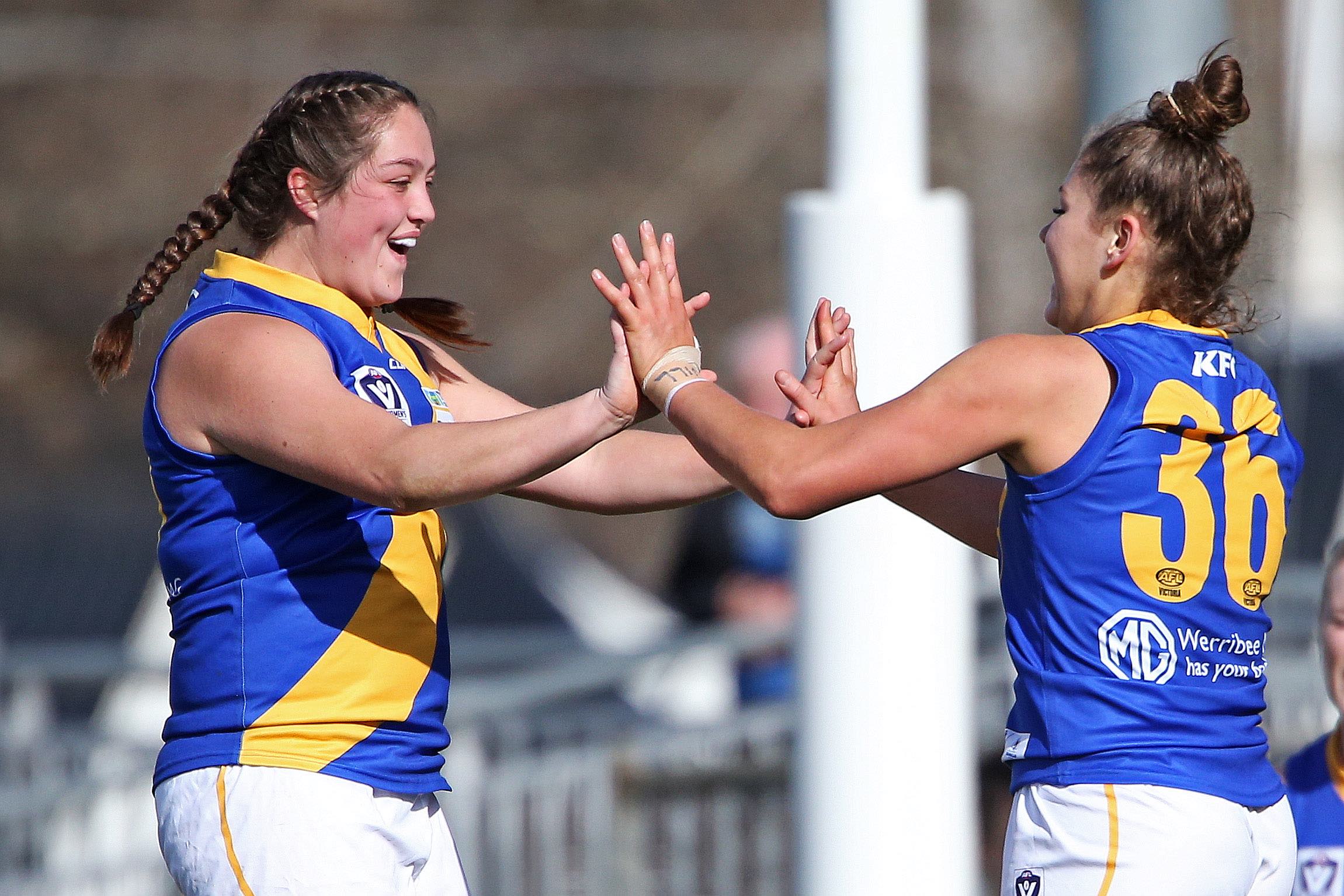 Several Seagulls are in contention to earn a spot on an AFLW list at tomorrow’s AFL Women’s Draft.

Moana Hope was recruited by the Seagulls ahead of this year’s VFLW season. Hope’s experience and maturity was invaluable for the Seagulls playing group. She averaged 21.1 disposals, 2.5 tackles and booted three goals in her 10 outings. A standout game came in the side’s Round 5 loss against Melbourne Uni, where Hope racked up a massive 39 touches in a tight contest. The veteran was also handy in Round 8, picking up 32 touches and laying three tackles to inspire the team to their first win of the season over the Northern Territory.

Second in Williamstown’s VFLW Best and Fairest, Whiting had a superb 2019. The 19-year-old showcased an uncanny ability to play at both ends of the field, impressing in her natural forward position and holding her own when thrown down back. The utility averaged 14.5 disposals from 14 matches this season and kicked eight goals - the most of any Seagull. Whiting’s 23 possessions, five marks and one goal against the Tigers late in the season was a particularly head-turning outing, while she booted four majors from seven scoring shots in the space of two weeks in rounds four and five. Ranked third in the competition for total kicks (181).

Pedersen’s stellar 2019 truly warranted recognition. Deservedly, she earned herself a spot in the 2019 VFLW Team of the Year. The former basketballer has been a key pillar in the defensive 50 since joining the club this year. Her long kicking and intercept marking ability has often acted as the road block for opposition teams’ offensive plays. The 24-year-old averaged 14.3 disposals this season, along with 2.6 marks and 3.5 tackles. A consistent performer, Pedersen finished the season on a strong personal note, picking up a season-high 19 disposals in a tough loss at Windy Hill. Finished third in the club’s Best and Fairest.

Williamstown’s co-captain, Wallace has been ployed in both defence and attack this season and is a natural-born leader. Wallace was drafted by the Brisbane Lions in the 2016 AFLW Draft and played eight matches in her debut season, including the grand final loss.

The 25-year-old came to the Seagulls ahead of 2018 and was crucial in the club’s inaugural VFLW campaign. To this day Wallace knows only how to lead from the front. Averaging nine touches and 3.7 tackles per game in 2019, Wallace’s foot skills rebounding out of defence and her contested work is a major trait of her game.

A GWV Rebels graduate, Kawa missed the 2018 season due to a knee injury but after being given her Seagulls debut this season, she couldn't put a foot wrong. The 20-year-old played in multiple positions across the year and proved her worth as a more than capable VFLW player. Kawa was colossal in her Round 3 debut against the Casey Demons in a best-on-ground performance. She had 10 touches, 20 hit-outs and booted the side’s only two goals for the day. Kawa’s aerial prowess is a key feature of her game. Averaged 8.5 touches and five tackles this season.

The 2019 NAB AFLW Draft will be held on Tuesday, October 22 from 11am in the Victoria Pavilion at Melbourne Showgrounds.

The draft is to be live streamed on womens.afl, the AFLW App and the AFLW Facebook account from 10.40am AEDT.