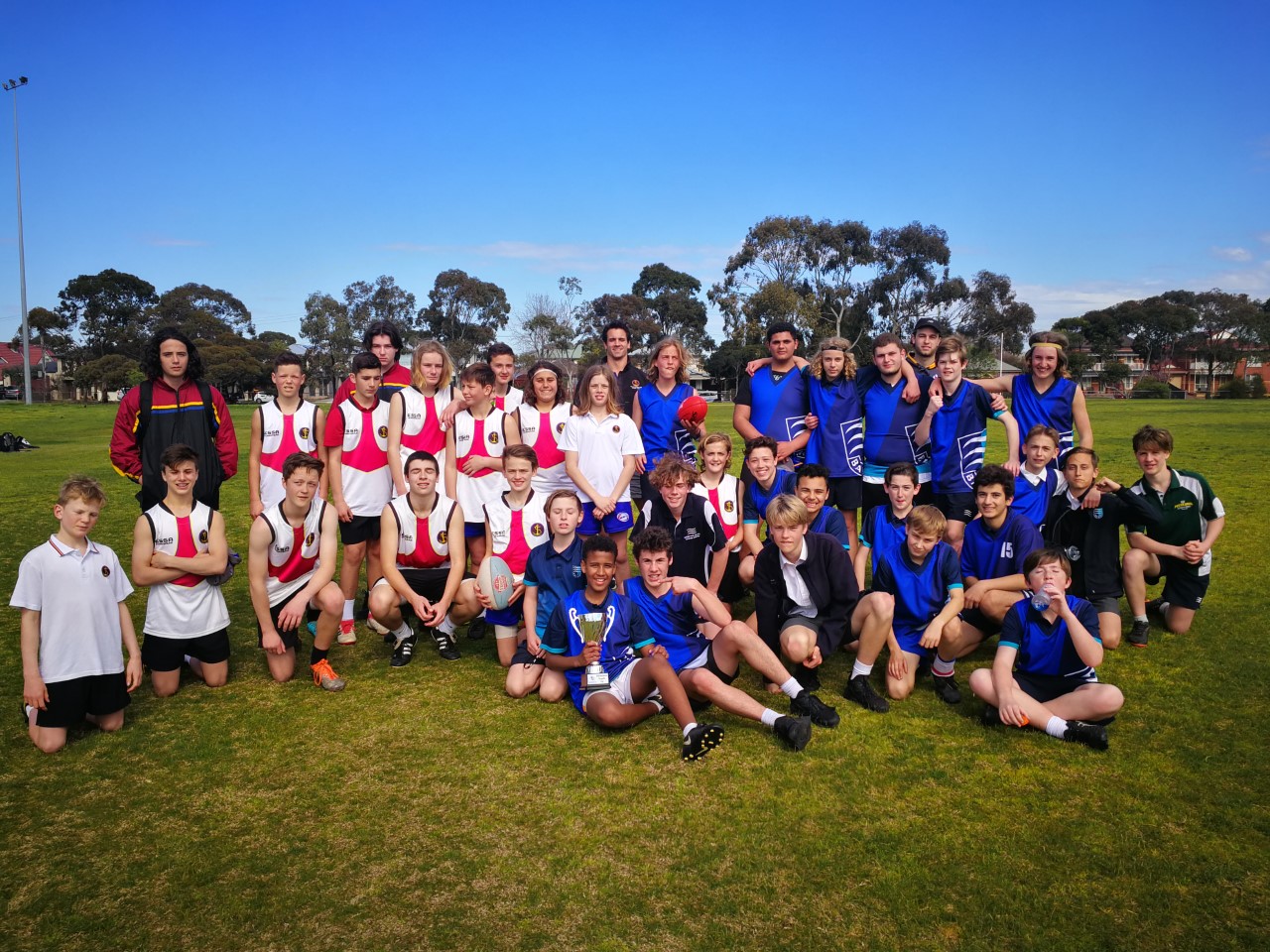 Williamstown’s Accelerated Football Program takes the elite students from Years 7-9 at Williamstown High School and Bayside College and gives them specialised football coaching throughout the year.

Both boys and girls from each school had been put through their paces during Term’s 2 and 3, testing their skills, fitness, leadership and overall knowledge of the game that will hopefully stay with them for the rest of their footballing careers.

The football program came to a close with the 2nd annual Williamstown Seagulls Cup Day.

The day consisted of a boys and girls game between the two school programs in which the overall winning school would hold up the cup and have bragging rights for the next 12 months.

Williamstown High had held the cup from 2018 running out five-goal victors last year.

The girls game was up first – with the ground topped with dew from the morning rain – which was played in wet conditions.

Williamstown High School opened up the scoring with the first goal inside a minute of play commencing.

The celebrations were short lived though as the three midfielders from Bayside College started getting their hands on the ball consistently to hit the scoreboard.

The Bayside College girls continued with their foot on the pedal to kick the next eight goals of the game and finish off winners by 50 points.

“The game was played in high spirits and the end result is actually quite surprising to be honest,” Williamstown player and Accelerated Football Assistant Coach Ben Connolly said.

“The way these girls attack the ball, for both teams, is extraordinary.

“It’s just great to see them enjoy themselves and the way they have all developed their footy this year.”

The boys game was then to follow and finished in epic fashion, only being decided by a mere two points.

Williamstown High School started on fire again getting their hands on the football early thanks to their ruckwork and midfield, leading by two goals at quarter time.

Bayside wasted their chances in the second quarter missing two goals from the goal square with all the play up their end.

Williamstown High then kicked a late goal from a fast break off half back to extend their lead at the main change.

Bayside College then made a couple of tactical changes during half time and early in the third term to even up the contest.

The big difference aided their contested ball and run through the midfield, coming back from a four-goal deficit to reduce the margin to six points at three-quarter time.

The game was tense late and the whole last quarter went goal for goal until a late set shot for Bayside College saw them clinch victory with 30 seconds of play remaining.

Darby Henderson, who has run the Accelerated Football Program for two years now, said: “The standard was really high in both games, especially the boys, who all gave their best efforts throughout the game. The day was well run and all the kids enjoyed themselves, which is the main thing. Congratulations to Bayside and to Willy High who played a great standard of junior football.”

Bayside College now take home the cup and hold bragging rights for the next 12 months.