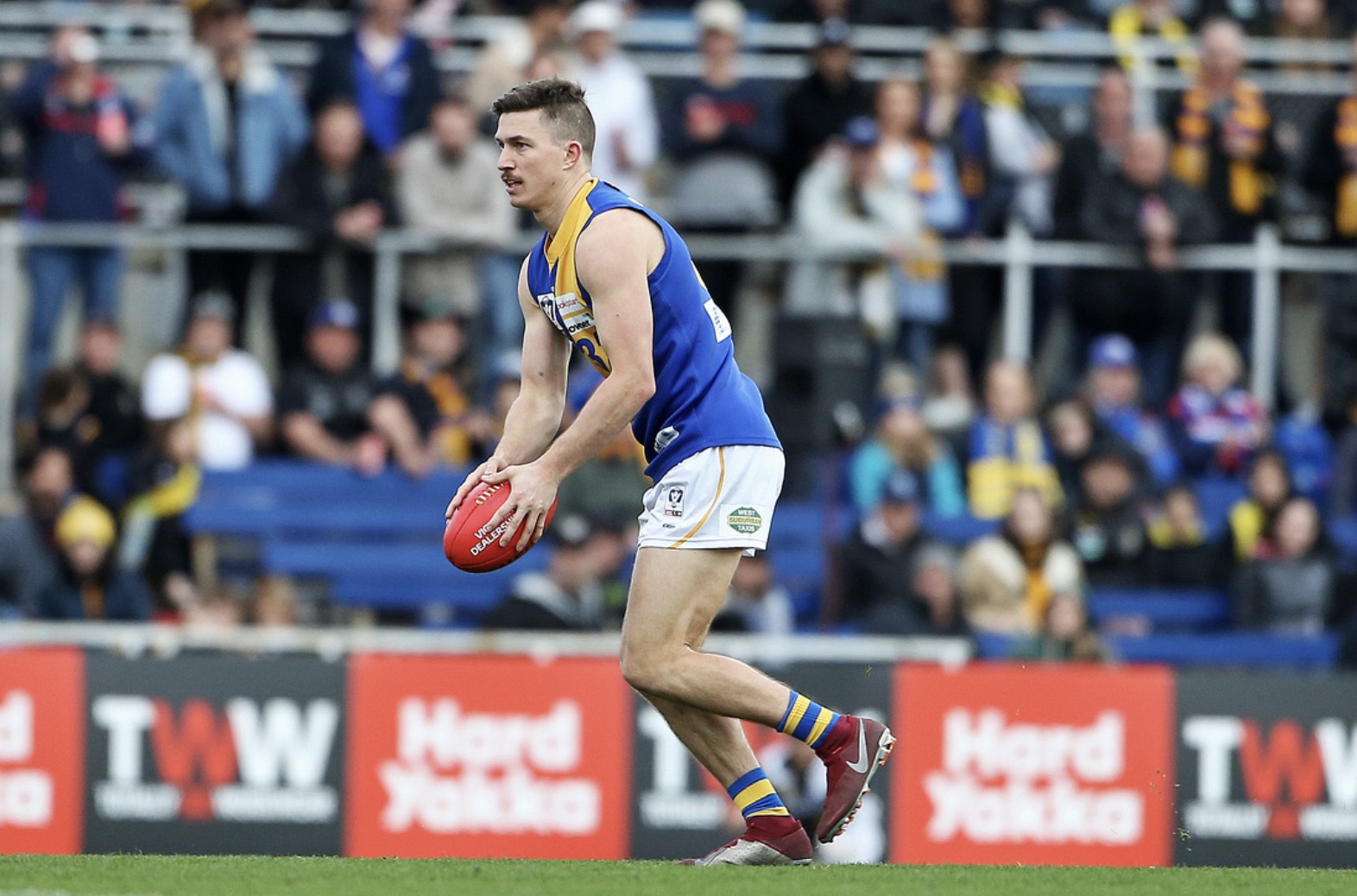 Williamstown has ended its 2019 campaign with a heartbreaking three-point loss to Richmond in the VFL Grand Final.

The contest is being lauded as one of the best VFL grand finals in recent history, after the Seagulls fought back from a 28-point deficit at quarter time to be within one straight kick at the final siren.

The first quarter was all Richmond, who seemed to utilise the atmosphere and pressure better than Williamstown, kicking four goals to zero with a slight wind advantage.

Eventual Norm Goss medallist Marlion Pickett opened the scoring for the Tigers in the first quarter, which was followed by three unanswered goals during the time-on period.

The Seagulls seemed to shake the cobwebs off at the quarter time break, and after a 50m penalty utility Leigh Masters was able to register their first goal nearly six minutes into the second term.

Billy Myers continued his goal kicking form from last week’s prelim with a freakish kick on the run from the boundary, reducing the margin to 16 points at the main break.

Williamstown ramped up the pressure in the contest and on the scoreboard in the third, and after Nick Rodda converted a set shot, the belief amongst the team and supporters was palpable.

When 22-year-old Nick Ebinger took two clutch contested marks on both wings, it was evident that every player was channelling their Seagull spirit.

The final quarter was a heart-stopping showpiece.

Goals to Willie Wheeler and Josh Pickess in the first five minutes of the final stanza brought the margin back to a single point and no doubt sent shockwaves through the Tigers camp, and the voices of the two proud crowds rang around Ikon Park.

Two goals in a minute to the Tigers pushed the premiership dream further out of reach, but Williamstown’s leaders stood tall and kept the boys in it.

Vice-captain Jack Charleston’s courage in the heat of the contest saw him come off with a head knock, putting his body on the line in a pivotal moment, and inspiring the team to bring the cup home.

Joel Ottavi streamed into an open goal square and slammed through a much needed major, reeling the margin back to seven points.

And with the margin stuck at 11 points at the 28-minute mark, it seemed from afar that all hope was lost.

But up stepped Ben Kennedy who, when snapping truly from the pocket, ensured there was just one kick separating the two sides.

A downfield free kick gave gun mid Willie Wheeler the chance to cap off his spectacular day with a match-winning goal, but mere centimetres denied him the chance when his kick hit the post.

After a quick pick up outside 50, Brayden Monk threw the ball on his boot straight into Wheeler’s hands in almost the identical spot to his last shot on goal.

Everyone in the stadium collectively held their breath, as they watched the shot sail through for a point, with seconds left until the siren.

The game was over, and although the Tigers were deserving winners, the Seagulls can hold their heads high for producing a gutsy comeback.

Nick Meese dominated the middle against Mabior Chol, and his cavalry of midfield superstars showed their class.

Mitch Hibberd rounded off his stellar year with a game high 24 disposals, and Wheeler’s tackling numbers (eight) were second to only Pickett.

Jake Greiser and Monk were outstanding off half back, both finishing with 15 touches and three and four tackles respectively.

The sombre mood from on-field slowly disappeared in the rooms, when coach Andy Collins reminded the boys that this result does not define them, but will only make them stronger.