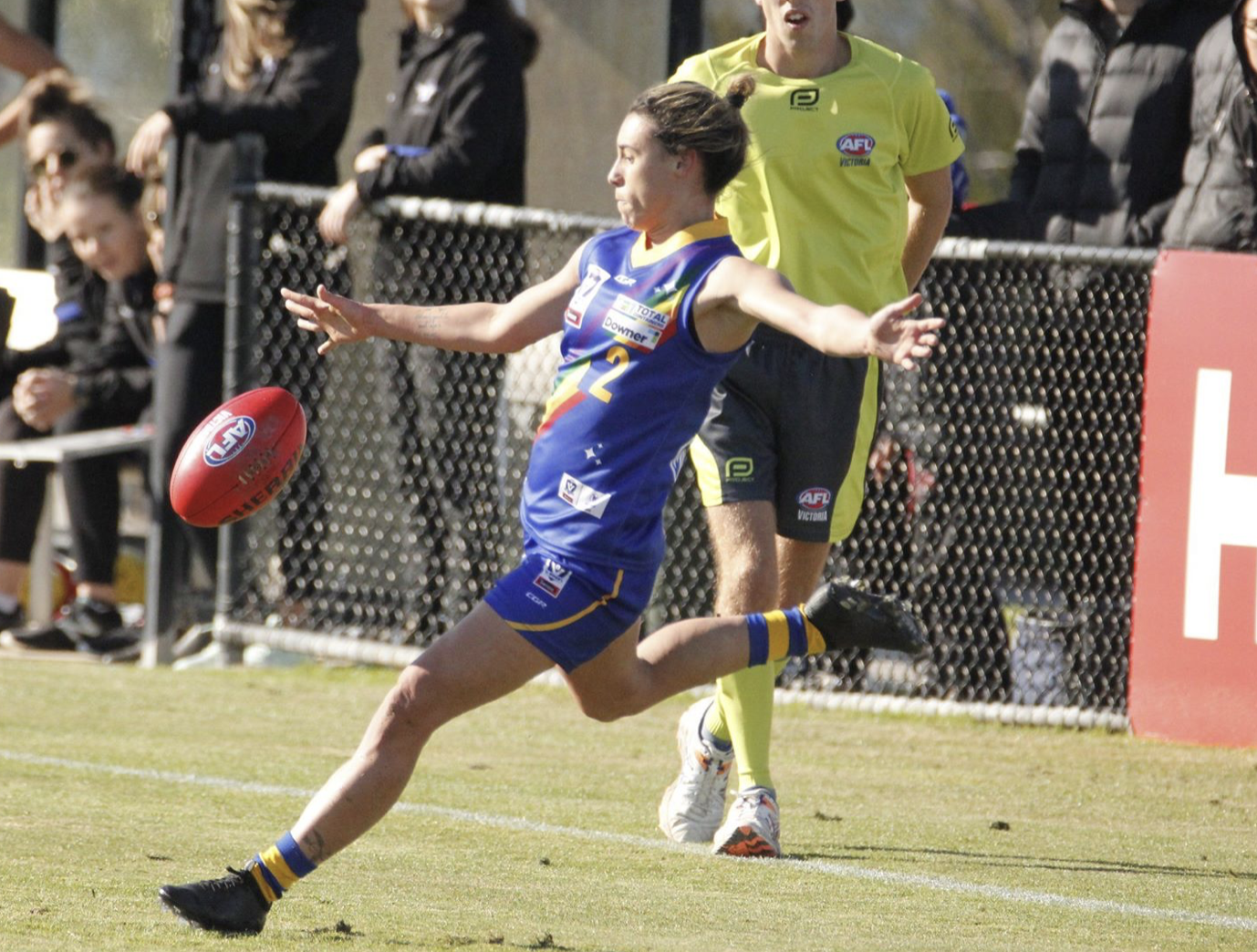 Williamstown VFLW star Aliesha Newman has held a lot more than strength and determination in 2019.

With adrenaline coursed through her veins, Newman made a stunning run down the wing whilst playing for Melbourne last year, winning the AFLW Goal of the Year award with a dazzling Round 2 effort against Adelaide.

This year, the livewire spoke about  the important rise of women in sport and being a role model.

Beginning her football career coming from a soccer background, Newman was a free agent selection in the 2016 AFLW draft. She booted six goals after featuring in all seven matches for the Demons in 2019, before signing for the Seagulls for the VFLW season.

The dangerous forward averaged 13 disposals in four games for the Seagulls, but didn’t feature after Round 7 following a concussion injury she sustained.

Also constantly acting as an advocate for indigenous recognition in the sporting industry, Newman’s love of the game and drive has helped her overcome every challenge.

The journey to success had the 23-year-old overcome multiple challenges in order to get to her end result.

“I didn’t really come from much, so I guess being a quick learner and not holding back was something I always tried to action,” Newman said.

Community and constant encouragement from those around her has been an essential element to the journey of success for Newman.

“Family has been a massive inspiration, helping me push through certain situations,” she said.

“I really struggled in the first year with not getting selected and having a few concussions in my first season.

“Dealing with injury and recovery in the sporting industry is hard - currently going though it myself the only way I am getting through it is constantly staying involved with my club and the community.”

Newman recognises and appreciates the community and team dynamic of every club she is a part of, indicating that her teammates’ support at Williamstown has given her ample strength.

“When you are going through setbacks, remember to stay a part of the team,” Newman said.

“Show up to training, listen to your teammates. Don’t fall behind mentally, as this will have a greater long-term impact.”

With improving her confidence and staying self-motivated, Newman was able to face all these challenges and come out the other side a stronger person - both on and off the field.

Her advice is simple: “Don’t be afraid to throw yourself in the deep end. I had never played footy before but knew it was what I wanted to achieve - put yourself in that situation, be driven and keep working hard - good things will come.”