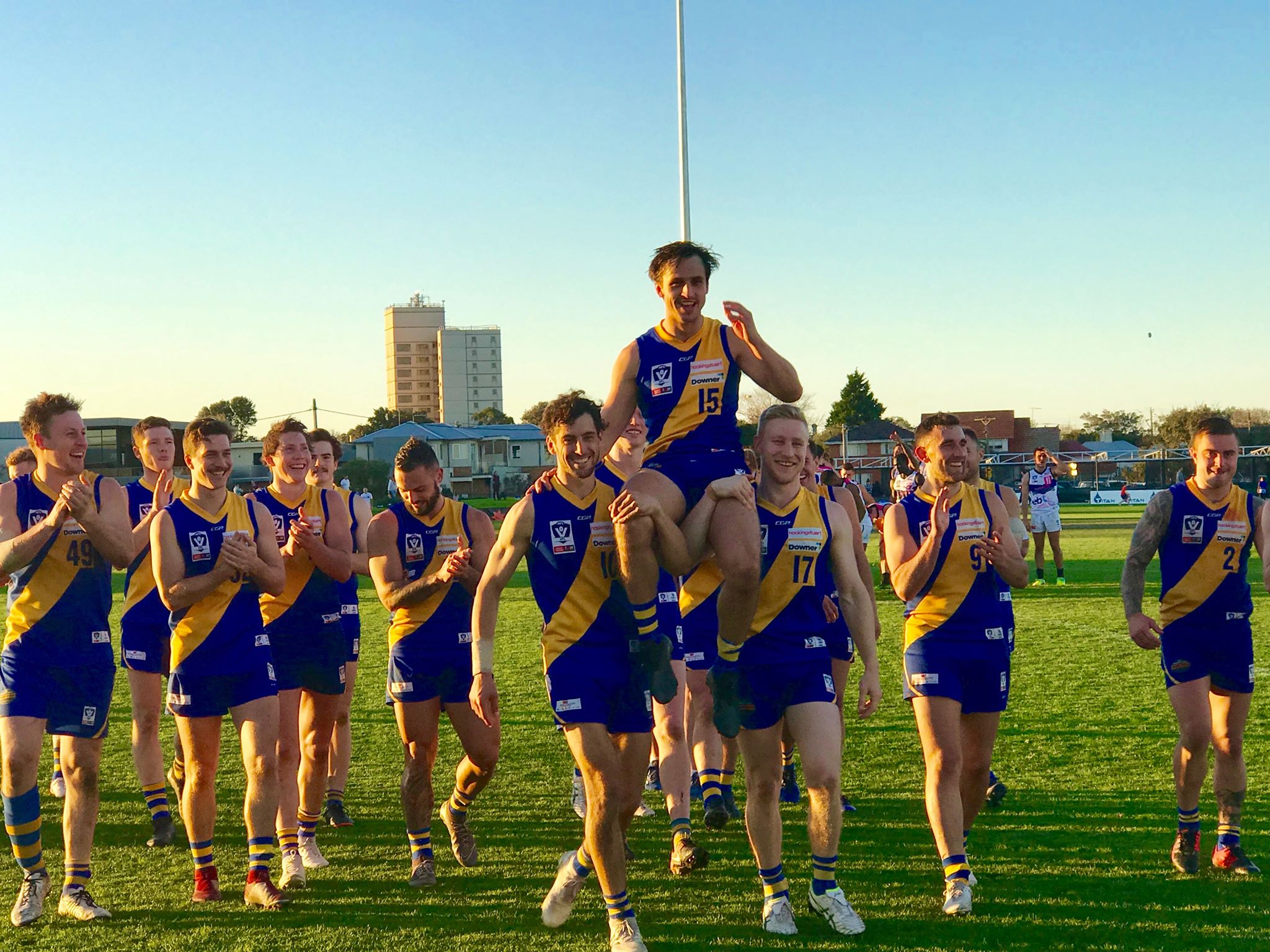 Seagull Oliver Tate being chaired off the ground following the side's 62-point win in his 100th VFL match.

A blistering eight-goal final quarter has cemented Williamstown's top four spot on the VFL ladder, after a comprehensive 62-point win over the Frankston Dolphins in Round 14.

A perfect winter’s day set up Downer Oval as the ideal backdrop for the club’s inaugural Dog’s Day Out.

The first half was a topsy turvy affair, but after a legendary three-quarter time rev up from coach Andy Collins, the home side piled on eight goals to two in the final term.

Frankston came out to play in the first half, taking advantage of the Seagulls’ slow start - potentially sluggish after their Round 13 bye.

The team once again proved their forward depth, with their 18 goals being kicked between 11 different players, including three each to forward mainstays Sam Dunell and Joel Ottavi.

Forwards Hisham Kerbatieh and Nick Rodda also added to the scoreboard pressure during the game, recording two majors each.

Nick Meese commanded the middle of the ground finishing the game with 52 hit-outs, eight tackles and 21 touches.

One-hundred gamer Oliver Tate was solid down back, as were the always reliable Jack Charleston and Jack Dorgan.

The win helps secure the Seagulls spot in the top four for another week, and adds a much needed percentage boost which will come in handy in such a tight competition.

The Seagulls will head to Victoria Park next week to face the in form Magpies on Saturday afternoon.