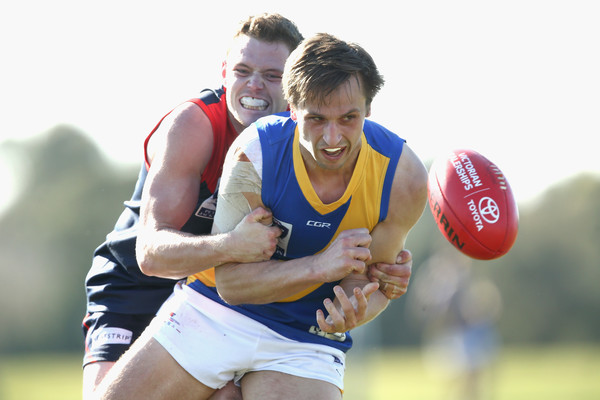 Tate joined the Seagulls at the start of the 2018 season having previously played with North Ballarat Roosters (85 games) and Claremont in the WAFL.

A North Ballarat junior, Tate spent time with the North Ballarat Rebels in the TAC Cup before developing into a consistent member at senior level with the Roosters side.

Having moved to Perth in 2015 for study, Tate spent two seasons with Claremont in the WAFL before heading back to Victoria in 2017.

With the termination of North Ballarat's VFL licence at the end of 2017, Tate relocated to Melbourne joining Williamstown for the 2018 season.

Despite shoulder surgery both in 2018 and at the start of the 2019 pre-season limiting Tate's match time at the Seagulls to just the 15 matches to date, his experience has played a valuable role in the Gulls’ defensive line-up.

Congratulations to Oliver on his 100th VFL game.