Buckwell out for the season 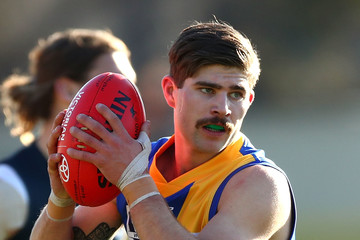 VFL defender Lane Buckwell will miss the remainder of the season due to re-rupturing his ACL playing for the Geelong West Giants last month.

Having joined the Club in 2018 on the back of North Ballarat folding, Buckwell played six matches having returned from rehabilitation mid-season.

Buckwell joined Geelong West Giants in the Geelong League during the off-season as his community club had a strong start to the season at local level but re-ruptured the same ACL early in the match against Grovedale back in early May with scans days later ravelling the damage.

"Both Lane and the Club are saddened by the news given the extensive work he had applied during his rehab the first time around," GM-Football Stephen Soulsby said.

"Lane is of great character amongst the group and it was a very sombre moment breaking the news to them. He will likely undergo surgery in the next couple of weeks due to his surgeon being away and as a Club we look to now supporting Lane throughout his rehab."

We wish Lane all the best in his recovery.