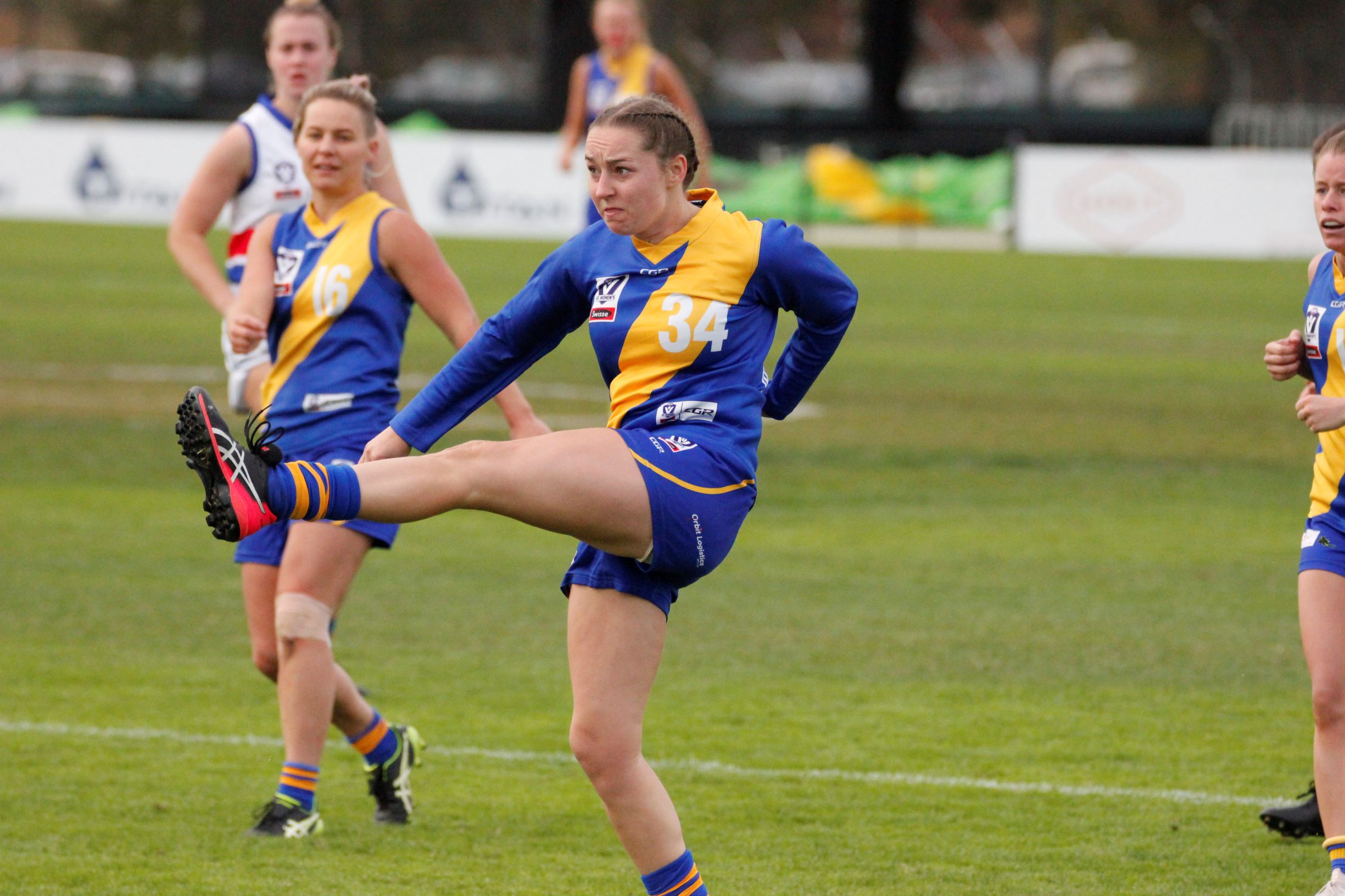 Williamstown has announced it’s side for our VFLW teams third practice match on Sunday against Richmond.

Off-season recruit Kaitlyn Carew will play her first game after returning from a knee injury.

Emma Inglis and Jorja Rowe both come out of last weeks side through injury.

After an impressive performance against the Bulldogs last week our women will look to continue to build momentum leading up to our Round 1 clash on May 18th.

The game will be played at Downer Oval at 11.30am. 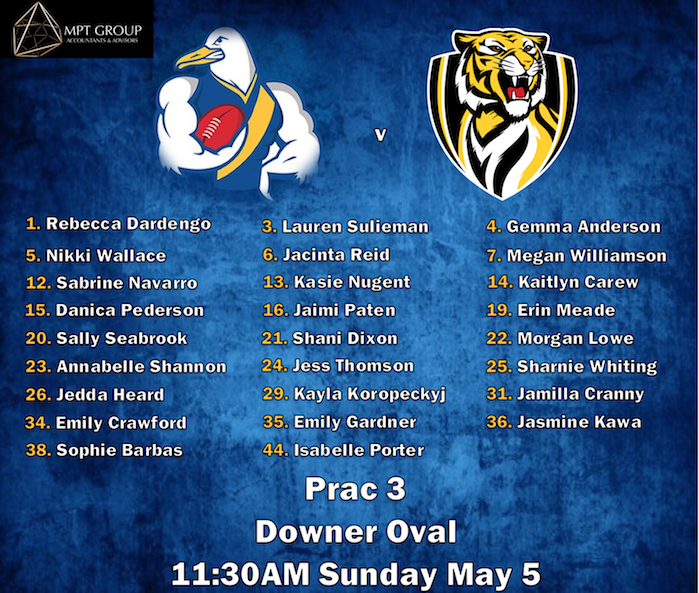