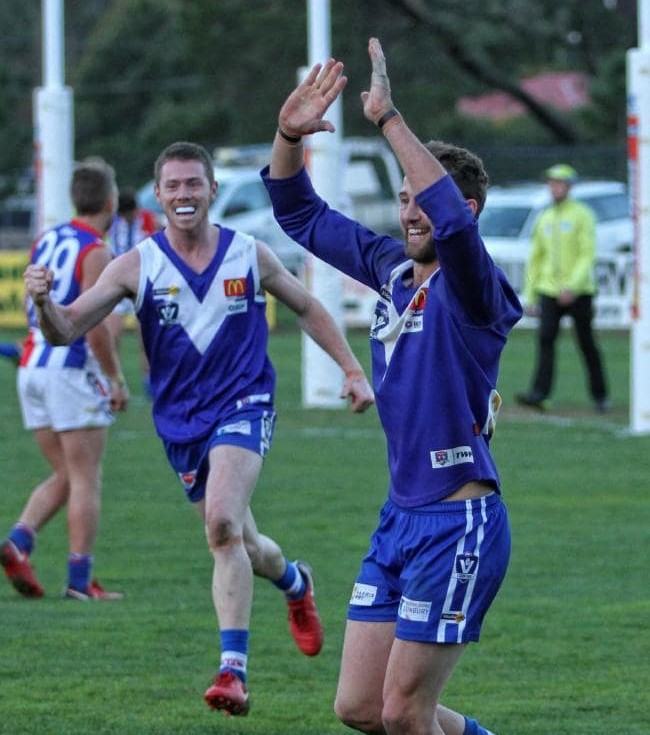 Photo thanks to Aaron Cook

Once again we had 11 boys feature for their community clubs, with 1 playing in the final Young Guns match.

In VAFA Premier C, Kal Dawson worked hard all day for Williamstown CYMS in their comfortable 49 point win over Peninsula. In the EDFL Premier Division, Daylan Kempster and Josh Pickess both featured strongly for Maribyrnong Park in their big win over Avondale Heights. Kempster kicked 1 goal and Josh Pickess was strong on the wing in the big win.

In other EDFL action, Jayden Ranno worked tirelessly in Greenvale’s big loss to Strathmore. In the South Eastern Football League Bailey Morrish was among the best for Beaconsfield in their 54 point win over Officer.

In Northern Football League Division 1 action, Josh Minogue suffered a broken collarbone which will likely rule him out for the remainder of the season, while in Division 2 Corey Sleep kicked 2 goals for Lower Plenty in their 34 point win over Epping.

In game 3 of the AFL Young Guns Series, Tom Schnerring kicked 1 goal for the Country side, as they downed the Metro Side by 1 point in a tight contest.

In the country leagues, Darby Henderson kicked 3 goals and was best on ground in a fantastic display for Echuca, leading them to a strong 61 point win over Tatura, whilst in Ballarat League action, Lachlan Bramble was amongst the best for Sunbury in their thrilling 4 point win over East Point.

We had some encouraging performances over the weekend, as we take a look at how our players fared for their community clubs.

In AFL Goldfields, Maddison James was a solid contributor throughout the day as Bacchus Marsh defeated Darley by 93 points, whilst Jamilla Cranny was 2nd best on ground for Redan in their 38 point victory over Carisbrook.

In the WRFL, Emma Ludolff worked tirelessly but was unable to prevent Caroline Springs from defeat, falling to Manor Lakes by 27 points in a top of the table clash. In WRFL U18’s action, Sharnie Whiting kicked 3 goals and was best on ground as she led brilliantly from the front to guide Wyndham Vale to an 8 point win over Melbourne University.

In the Northern Football League, Shae-Lee Murphy-Burke worked hard all day while Kaitlin Smith kicked 2 goals and was amongst Diamond Creeks best; however it wasn’t enough to prevent a 53 point loss to Bendigo.