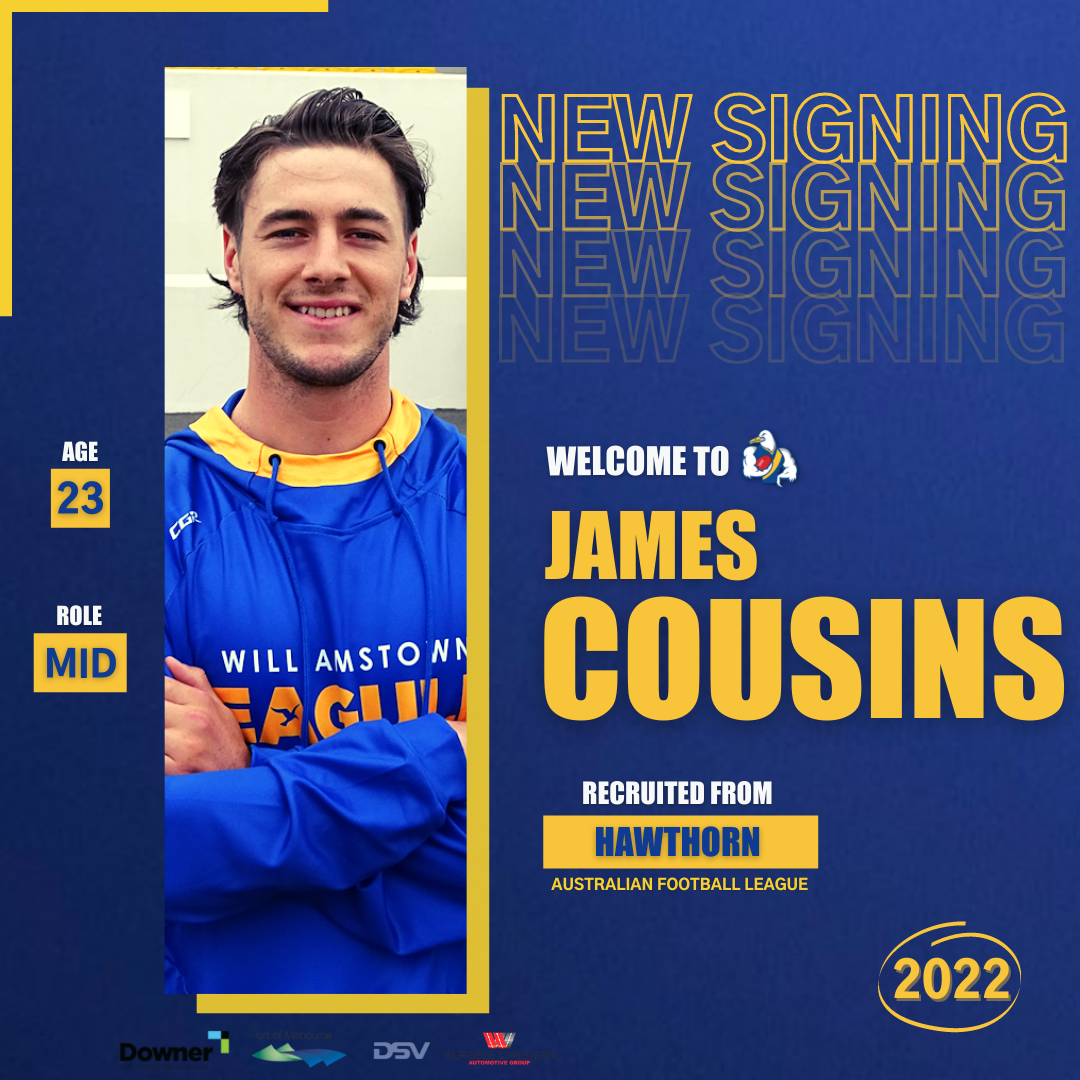 Former Hawthorn midfielder James Cousins will be Proudly Williamstown next season, having signed on to be part of Williamstown's VFL Men's program for 2022.

"I've had a previous relationship with the Seagulls in 2016, when I signed here before getting drafted," Cousins told Seagulls Media. "I'm really impressed with the club, (they're) always tough to play against in the VFL. I'm super keen to get into it."

Cousins, 23, comes to Downer Oval fresh off Hawthorn's AFL list where he played 35 games after his selection at pick no.46 in the 2016 NAB AFL Rookie Draft. 10 of those AFL games came in 2021 and he had no issue finding the football, averaging just under 21 disposals in his nine full games (one as a substitute).

He enjoyed a career-best outing in round seven against St Kilda, racking up 27 disposals and five clearances against the Saints.

Long a renowned ball-winner at VFL level for Box Hill, Cousins made his AFL debut in Round 10, 2017 against Sydney at the SCG. A year prior, Cousins took out the Murray Bushrangers Best & Fairest, catapulting him to being drafted. A new-age midfielder at 191cm, Cousins was also a 2018 VFL Premiership player for Box Hill.

"The winning culture and the ability for this club to allow me to play my best footy and do my best for the team, I think that is going to put me in good stead," Cousins said.

The midfielder is the fourth official signing for the Seagulls Men's program, joining Noah Lever, Mitch Langan and Mitch Cox.