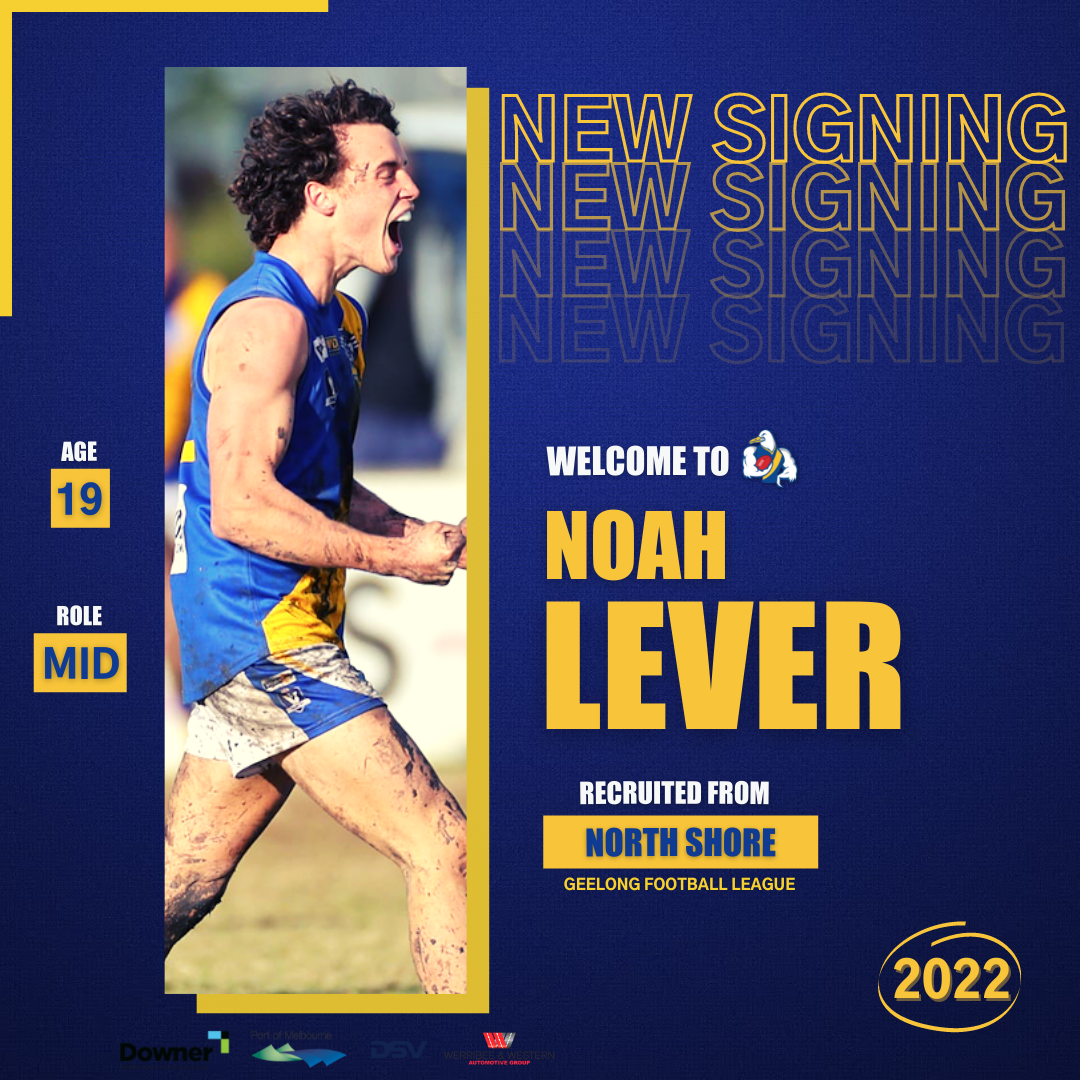 Up and coming midfielder Noah Lever is the first new signing for Williamstown's VFL Men ahead of the 2022 season. The 19-year old on-baller is coming off a best-and-fairest at Geelong Football League club North Shore in his first season of senior football, and will call Downer Oval home while still aligned with North Shore in 2022.

Lever is a ball-winning midfielder who averaged 28.6 disposals in the GFL this year, including a best of 40 touches against Bell Park in May. A former Geelong Falcon in the NAB League, Lever quickly established himself as one of the top line midfielders in the strong country competition, also averaging eight tackles per game and nearly four clearances in his eleven matches this season.

"We're all about bringing quality people to our club, and he fits that from a character point of view," Plapp said.

"He's a young player that has assets that we see he can fill, and he's a competitive young man who has a point of difference in his ability to win the ball. We feel he is going to be a player that is going to feature really well in that part of the game for us."

The teenager says it was a pleasant 'surprise' to be offered a VFL contract, but is parking any AFL draft ambitions for now.

"I want to play the best I can and see what happens," Lever told krockfootball.com.au.

"I'm not too fussed either way, but it's always in the back of your mind."

Lever's signing comes off the back of four key players- including VFLW best and fairest Ruby Tripodi, re-signing with Williamstown last week. Keep your eyes peeled on our channels for more to come.