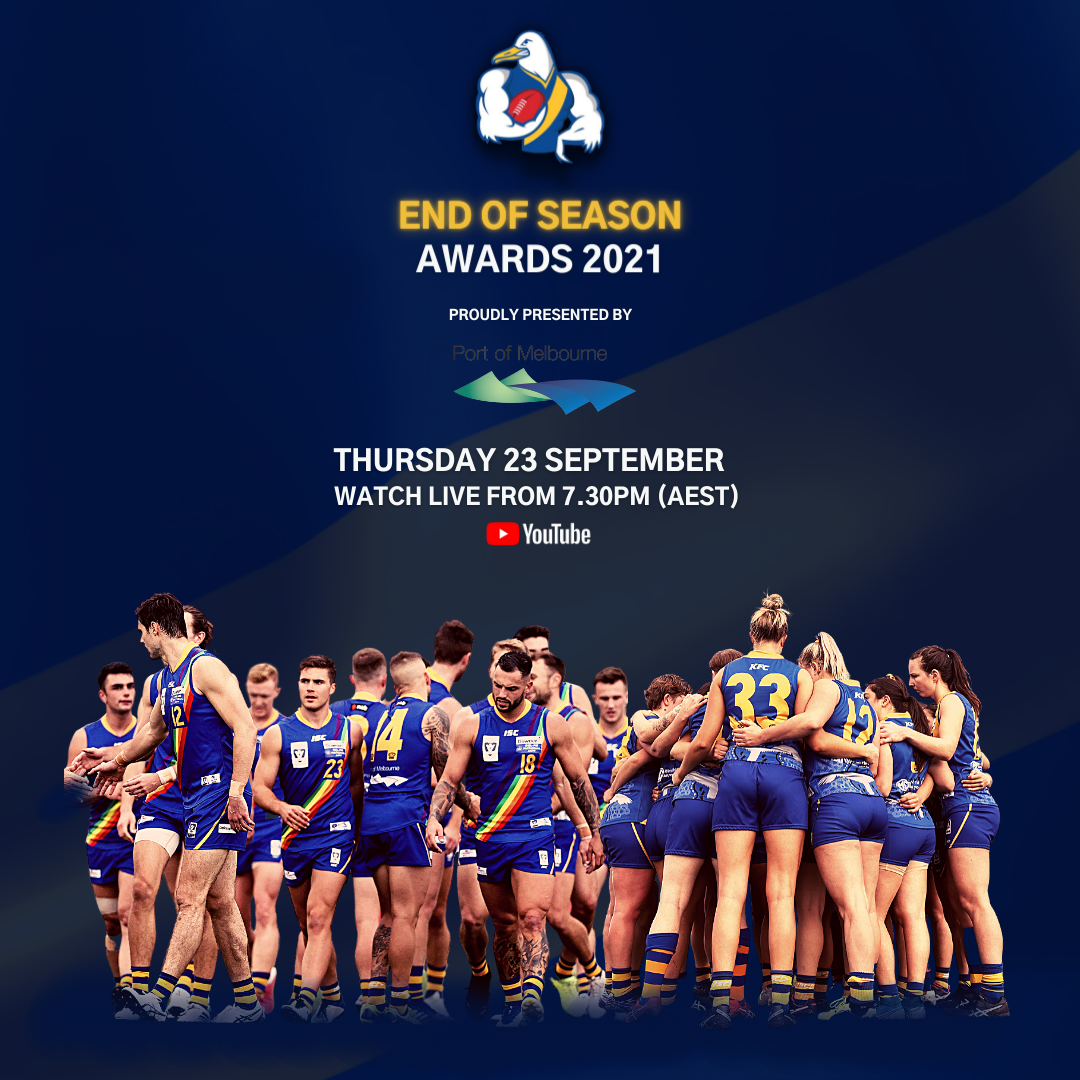 It is anyone's game in the race for the 2021 Gerry Callahan Medal and VFLW Best and Fairest at the Williamstown 2021 End of Season Awards.
The Seagulls night of nights will be held on September 23 at 7:30pm, streamed live virtually on Youtube and @williamstownfc social media channels due to current State Government restrictions.
Along with acknowledging this year's best on the field, the club will also be presenting a plethora of other awards to to recognise the hard work of both playing groups throughout a challenging 2021 season. New life members will also be inducted in what is always a special occasion.
On the field, in his first year back at Williamstown, Mitch Hibberd stated his case for Men's best & fairest honours, averaging 28 disposals and over six tackles a game. Hibberd was able to hit the scoreboard on five occasions with his dominance at the centre bounce being a major source to the Seagulls' success.
Charlie Dean also excited spectators throughout this season, making him a red hot chance to feature in the vote count. Dean was also lucky enough to be invited to Draft Combine this year on the back of multiple stellar performances, being an integral part of the team at both ends of the field. Liam Hunt, Tom Downie, Teia Miles and Luke Meadows also enjoyed strong seasons.
Megan Williamson will look to go back-to-back for the VFLW Best and Fairest award, cementing herself as one of the league's best with her hard nosed style of play and resilient work ethic. Even though she may be small in stature, Williamson embodies what it means to be a Williamstown person, making her such a respected figure at the club.
The Best and Fairest is up for grabs however as a multitude of young talent helped the side conjure momentum throughout the season, with Eliza Straford, Ruby Tripodi and Gabrielle Biedenweg-Webster all consistent contributors .
The Ron James Memorial Trophy is also a highly coveted award, voted on by the players to show who they believe was their most valued team mate in season 2021. There will be various awards up for grabs throughout the night across both programs, in what is always a special event.
Stay tuned for the link of the event to be provided to supporters and members closer to the awards night.