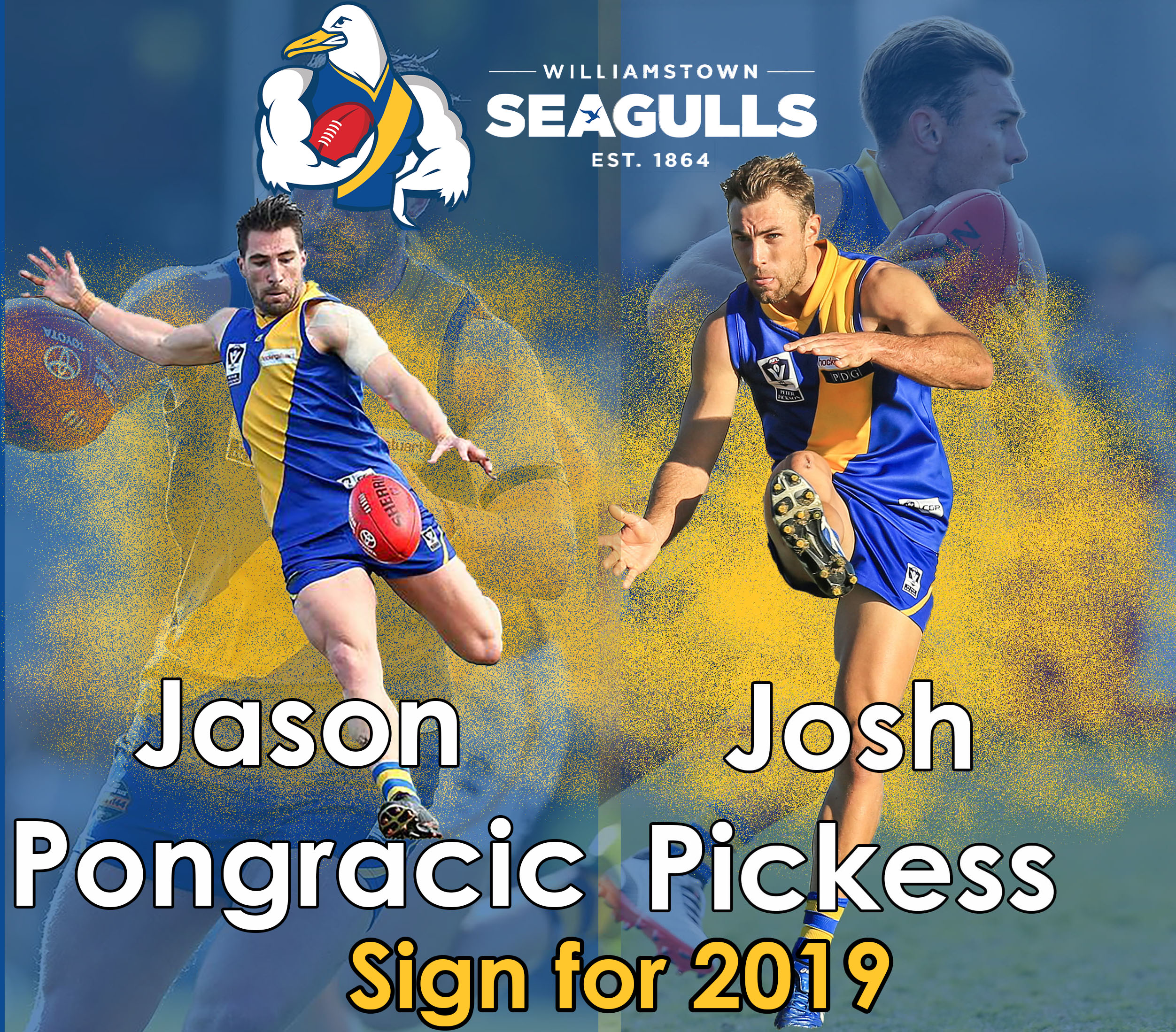 Williamstown Football Club is thrilled to announce the re-signings of Jason Pongracic and Josh Pickess for the 2019 season.

Pongracic continued to show his defensive midfield work in 2018 playing critical roles late in the season against AFL opponents. A highly regarded teammate and significant cultural leader within the locker room, Pongracic was awarded the Players Player Award voted by his peers in 2018 and he will be looking to become a regular in the Seagulls line-up whilst balancing up his offensive work in 2019.

Pickess will be looking to have an injury free 2019 season on the back of consecutive injury-interrupted seasons since joining the Club in 2017. With pace to burn and 42 VFL matches under his belt, Pickess’s ability to run and carry the ball is of great value to the side when he is firing. Consistency at VFL level is a priority for his season ahead similar to his housemate Pongracic.

“Jase and Josh are fantastic characters to have around our Football Club and it is fantastic to see them continue in 2019. Jase is one of those guys you just want in your Club especially as a cultural leader whilst Josh will be looking to put the last two seasons behind and have an injury free run” said GM-Football Stephen Soulsby.