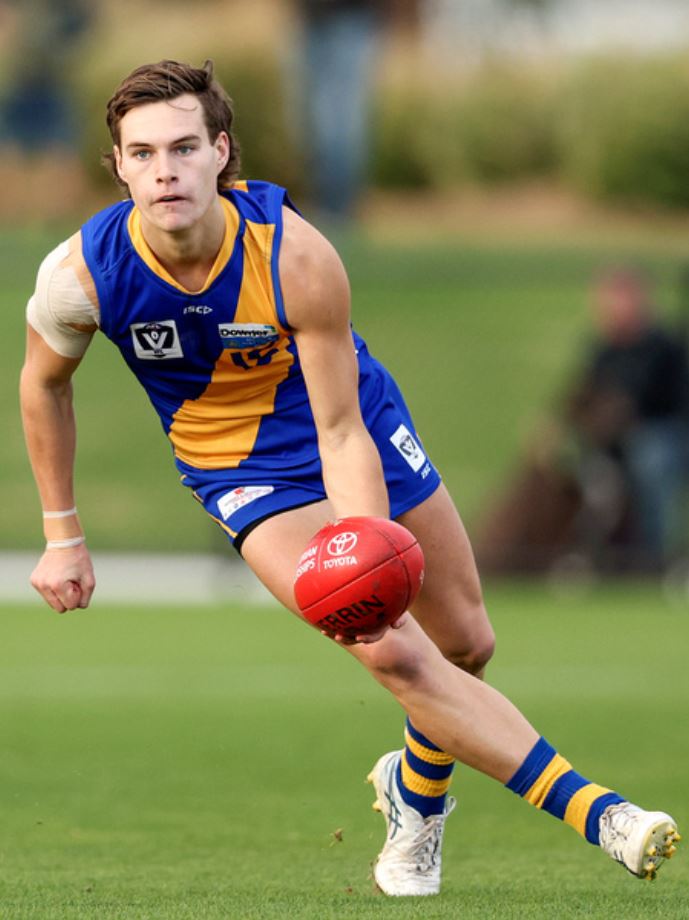 Williamstown found themselves in uncharted territory as a professional outfit in the Swans were able to find themselves comfortable victors in what was a comprehensive loss for the inexperienced Williamstown.
As the season goes on however there seems to be so many great stories as through injury and restrictions we have seen so many players get their first crack at state-league footy. This round it was Jack Noonan and Jason Kenneth who donned the blue and gold for the first time, bringing a wealth of excitement into the playing group.
Jeff Andrews also found himself in the top job, as head coach, Justin Plapp was out with illness.


BE PROUDLY WILLIAMSTOWN & BECOME A 2022 MEMBER

Early on in the contest the Seagulls were right in the game, with Darcy Fritsch and Joel Ottavi being strong targets down the line. But it was ruckman Tom Downie who struck first blood for the Gulls after he slotted a very nice goal from 25 meters out. However poor execution killed the Gulls as the Swans were able to punish Williamstown at every opportunity, putting themselves in the box seat.

Sydney led by 22-points heading into the first break.

The Bloods took control in the second quarter adding seven majors to their tally as they dominated out of the center.

But a resilient Williamstown worked through the classy Swans defence and were able to kick back-to-back goals as Darby Henderson really injected himself into the game being a viable attacking option for the 'Towners.

The Gulls trailed by 54 points heading into the major break.

Coming out after half time Williamstown's back six were able to restrict Sydney's forward momentum with Finbar O'Dwyer, Harrison Macreadie and Jake Greiser taking control of the game. But Williamstown's shining light throughout he middle parts of the contest was the prolific ball use and run from young star, Corey Preston as he amassed 24 disposals throughout the encounter, 16 of them being by foot.

Daly Andrews also showed a glimpse of brilliance kicking his first goal for the game with an act of strong acceleration and long kicking to keep the Gulls' spirits up.

It was 12 goals the margin heading into the final term.

As Williamstown had every right to give up on this contest, they didn't seem to sway in that direction at all. The young and talented side worked together, still going 100-percent at every contest as Liam Conway and Noah Lever found themselves committing numerous courageous acts going back with the flight of the ball.

Ktona and Andrews found themselves on the end of exciting pieces of play finishing off in front of goal to ensure their sides pride wasn't completely stripped in a very hard day for the 'Towners.