Traralgon, which had managed only four wins and a draw to go with 31 defeats in its two seasons in the VFL, dropped out and returned to the Latrobe Valley Football League and was replaced by a Bendigo team in 1998. There was also a question mark over Preston's future in the competition but it ultimately made the finals, finishing in fifth position.

An indifferent start to the season cost Williamstown the chance of playing in the finals. With only two wins in the first eight games, the Seagulls then played consistently to win the next five. The 'Town then had to play four of the five eventual finalists and lost every one, confirming that a finals berth was beyond them. A victory over Bendigo in the last round gave Williamstown eight wins from 18 home-and-away fixtures, missing out on a spot in the final six by just one game. Fifth-placed Preston was defeated twice by the 'Town, while fourth-placed North Ballarat was also beaten. There were also narrow losses to the other finalists, Sandringham (6 points), Frankston (11 points), eventual runner-up Werribee (15 points) and premier Springvale (19 points).

Before the end of the year, former Geelong grand final player and captain and Brisbane defender, Andrew Bews, had been appointed coach, replacing Merv Keane, with former Footscray and North Melbourne player, Keenan Reynolds, his assistant. 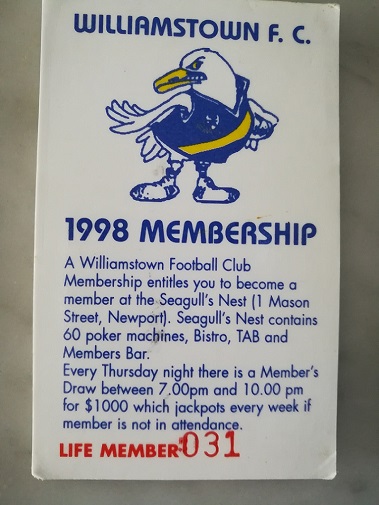 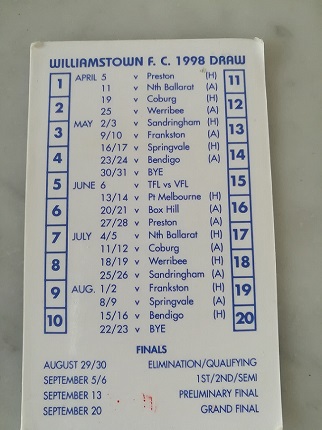 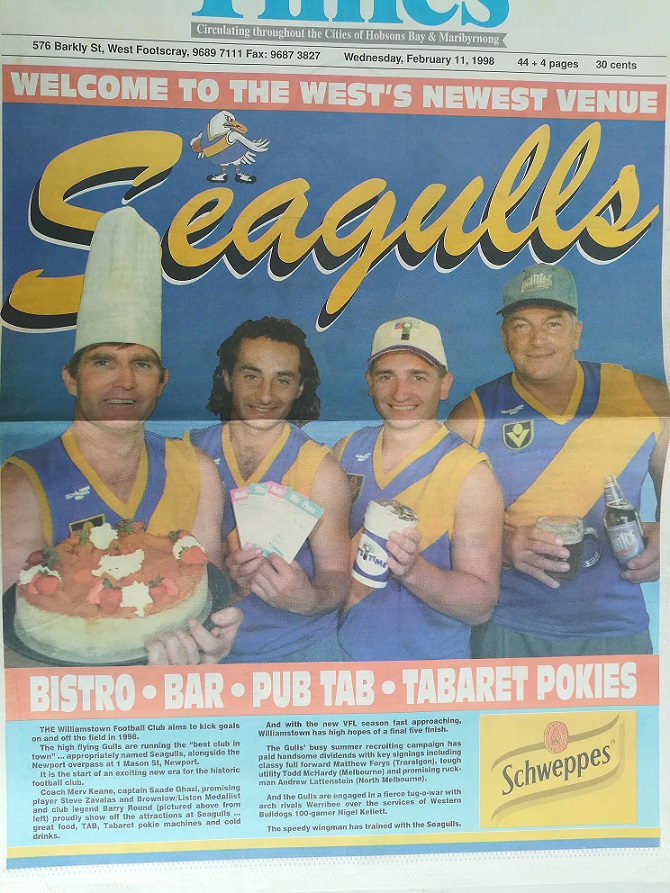 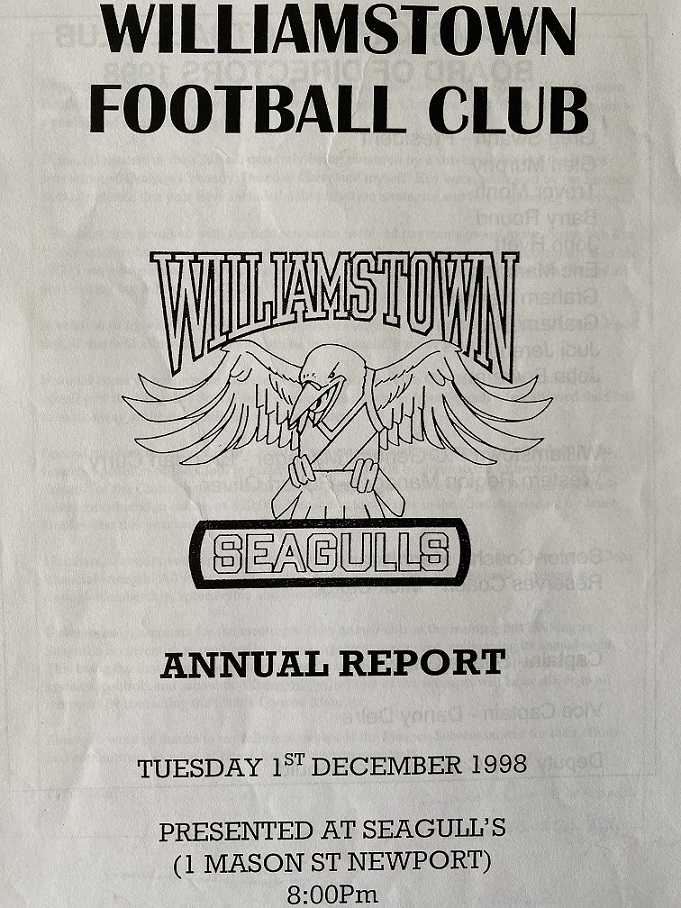 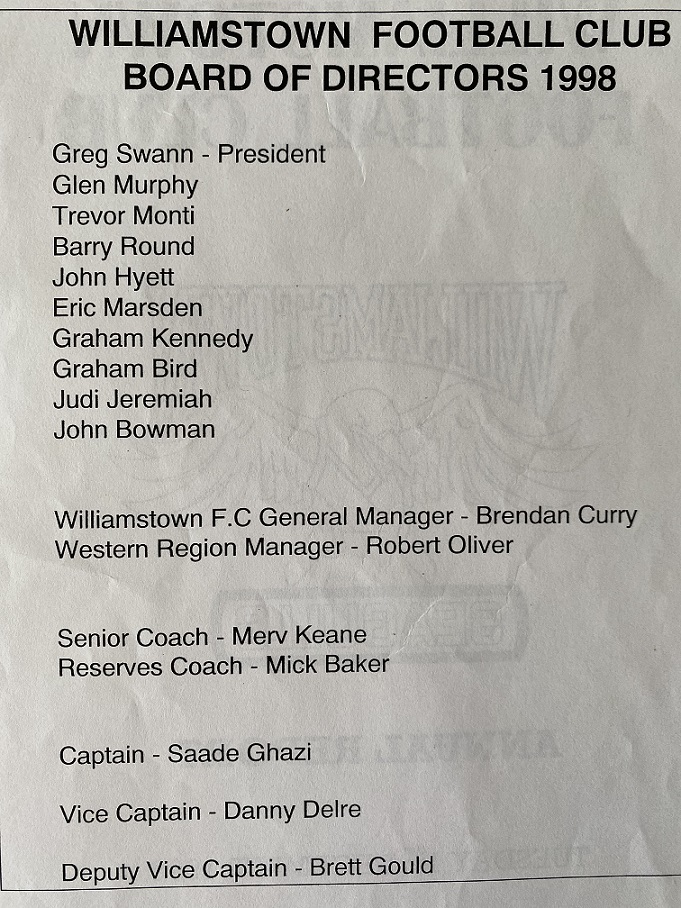 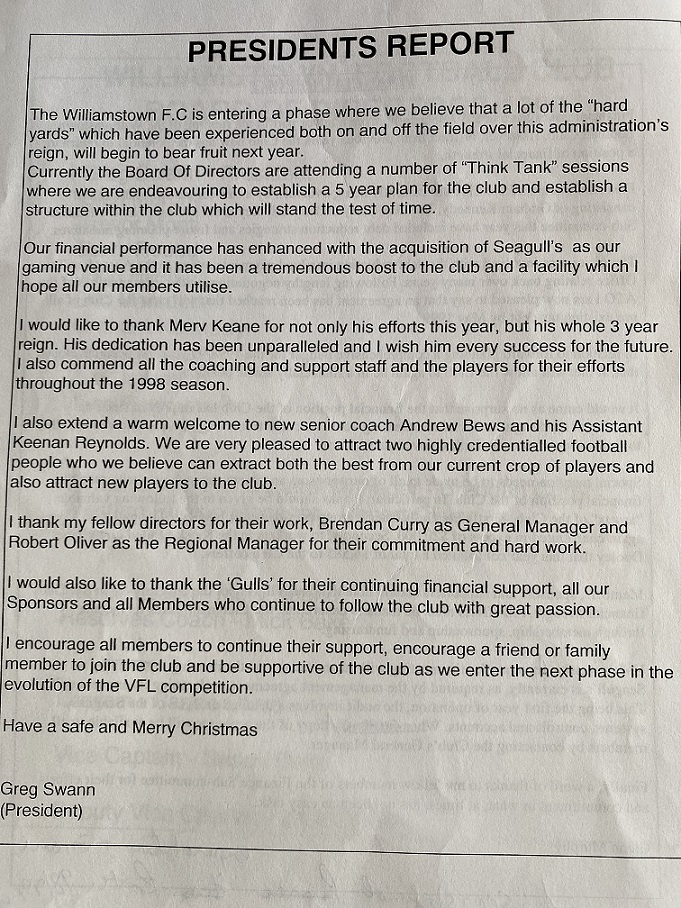 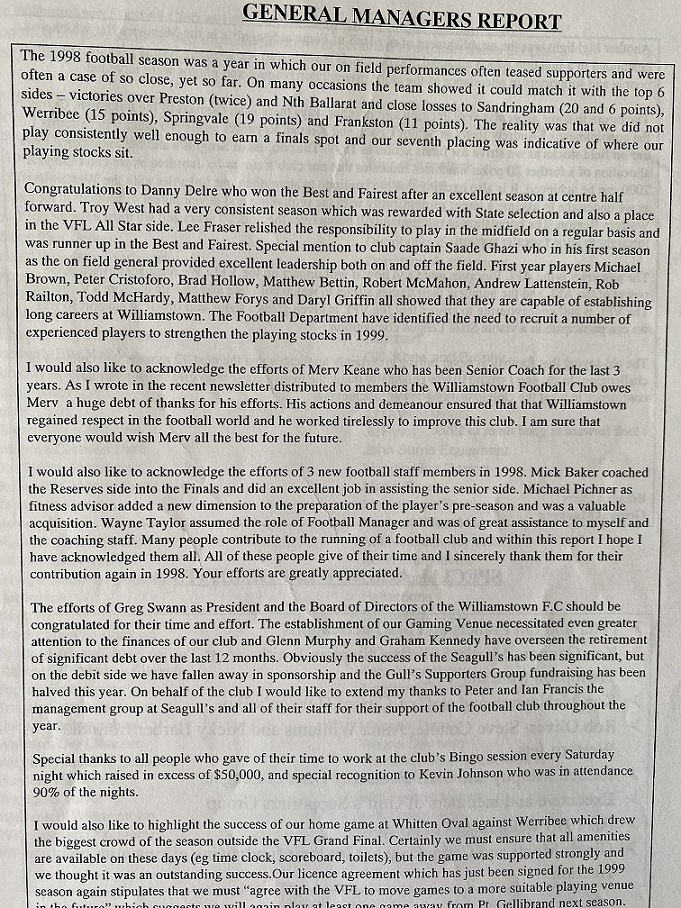 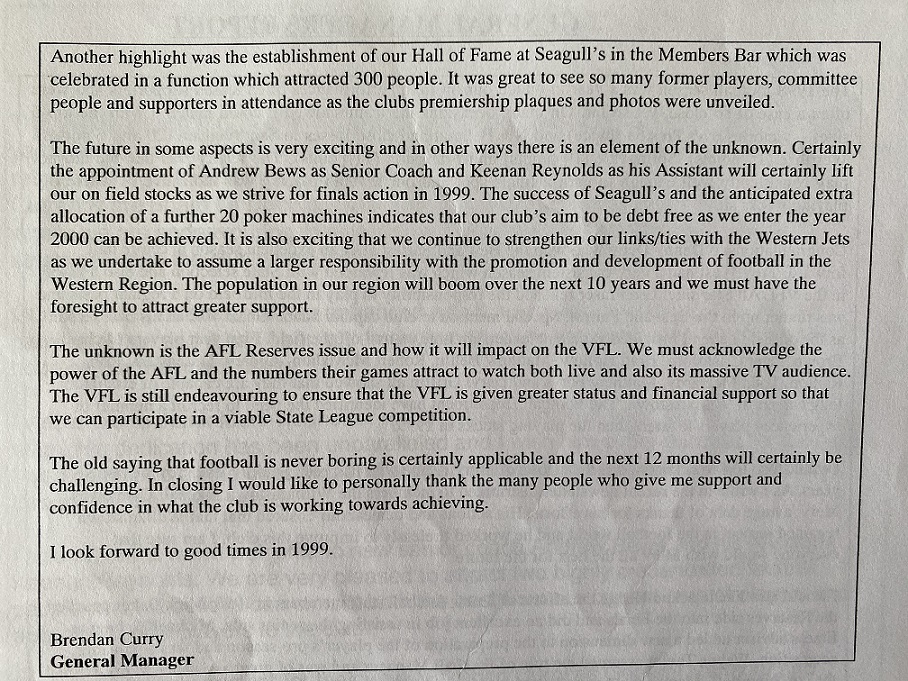 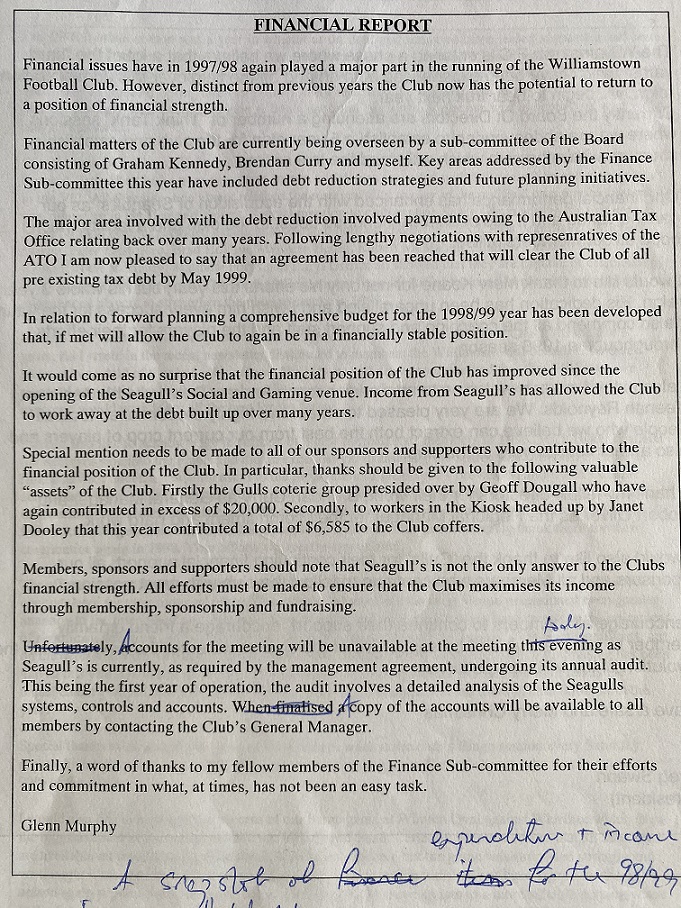