Yarraville was effectively kicked out of the competition in 1984, when the VFA unanimously voted to decline the Club's continuing membership in the competition. The Club had won only a single game in the Seniors the previous year and had finished last in second division with a percentage of just 38.1. It was winless in both the Reserves and Third grades. It ended a 57-year connection with the Association, which yielded two premierships in 1935 and 1961. Yarraville was the first of fifteen Clubs to leave the VFA during the period from 1984 to 1996.

Brett McTaggart went to Essendon in 1984 and Wayne 'Roo' Muschialli arrived from Altona City, along with Larry Simmons from Werribee, Craig Nankervis from Sandringham and Stan Davidson from Footscray, but newly-appointed captain-coach Terry Wheeler did not lead Williamstown to the promised land in his first season but he did succeed in improving the Seagulls' on-field performances markedly. The season commenced with a ten-goal win at Frankston (Mark Fotheringham 12 goals), followed by another two victories at home by 3 goals over Coburg and 49-points at Springvale (Fotheringham 8 goals). This left the team in fourth spot on the ladder, a game clear of Preston. The Seagulls went down to the previously winless Port Melbourne by 50 points at Pt Gellibrand, despite seven goals from Fotheringham, and after three successive losses in rounds 6-8, the 'Town had dropped to eighth on the ladder. The side alternated between sixth and seventh position on the ladder for the remainder of the season, but finished strongly with a 12-goal victory over Sandringham at Williamstown in the final home-and-away game with Fotheringham booting another ten goals.

Ten wins and eight losses lifted the Club to seventh place on the 12-team ladder, just one win plus considerable percentage away from a finals spot. This was the Club's best First Division performance since the 11 wins recorded in 1972. Kim Kershaw was awarded back-to-back Andy Taylor Memorial best and fairest wins, with captain-coach Wheeler runner-up and Tony 'Spud' Dullard in third place. Mark Fotheringham again easily won the Bert Hodge Memorial Trophy as Club leading goalkicker with 114, and also headed the VFA goalkicking list. Paul John won the Seconds best and fairest award, from Wayne Hodges and Mark Brierty, while Grant Doll took out the Under 18 award from Don Darcy and Darren Hickey. Doll also won the AG Gillon Medal for best and fairest player in the VFA Thirds competition. Bradley Grigg was the leading goalscorer in the Club's Third grade. Jeff Ind was awarded the Bill 'Darkie' Raffle Memorial Trophy for best clubman. 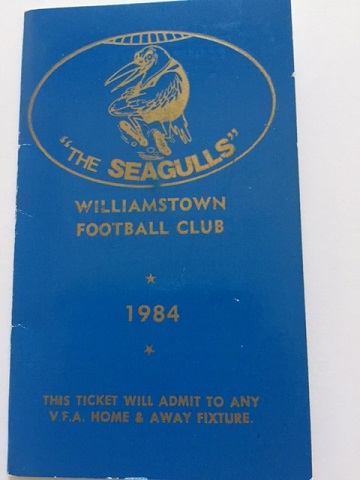 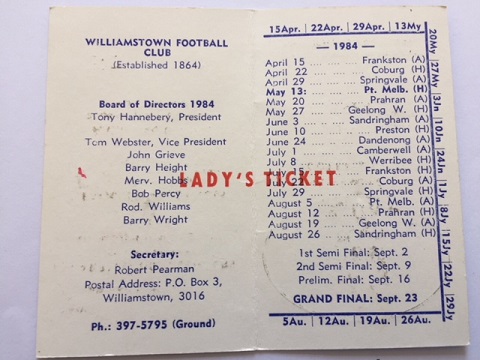 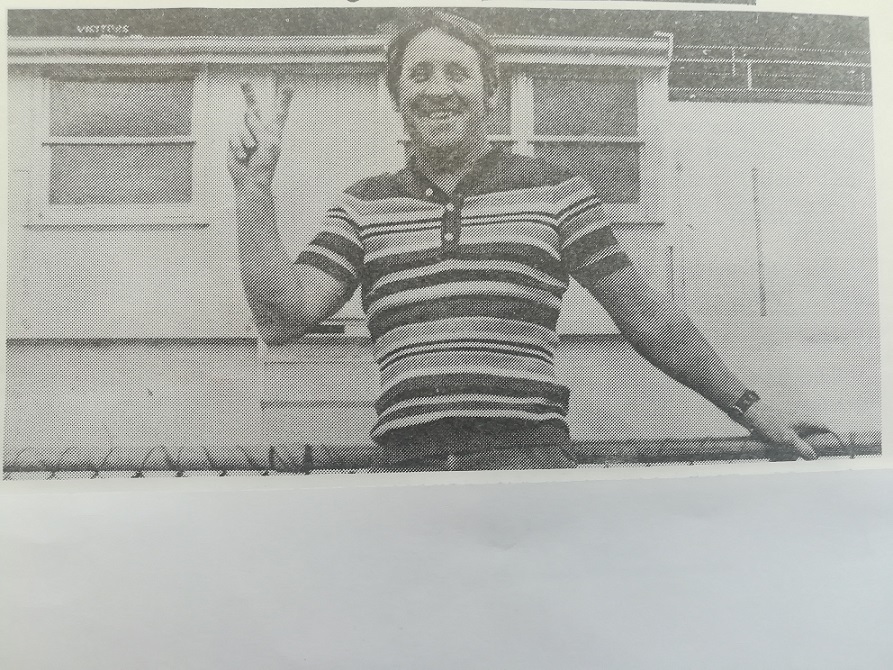 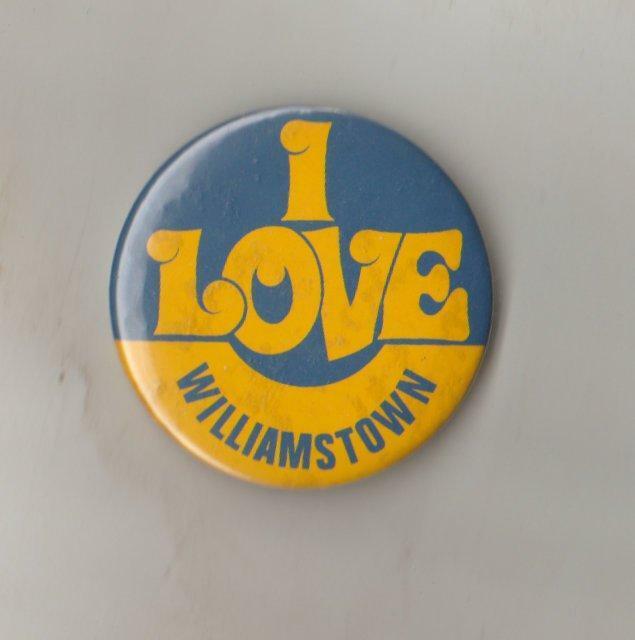 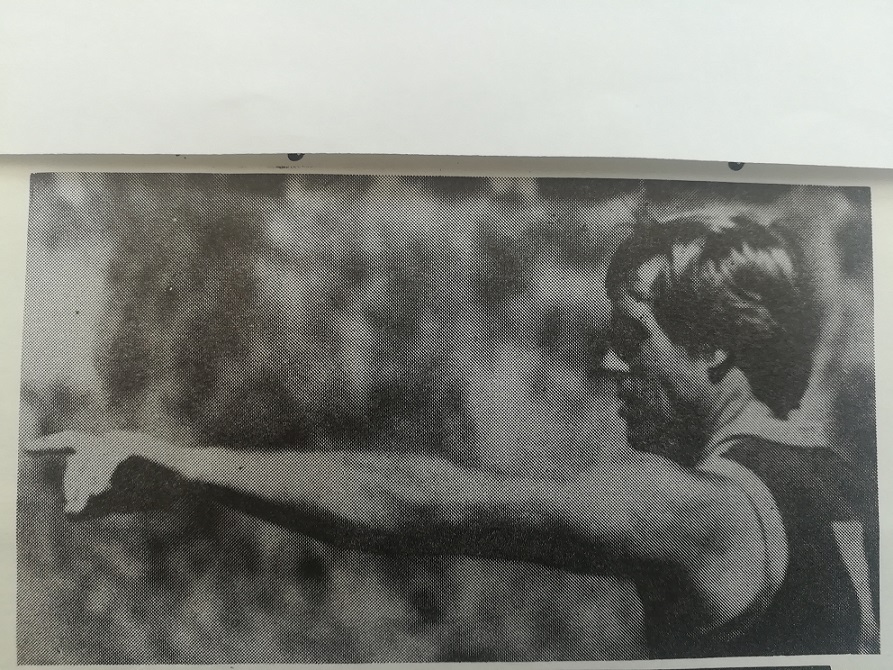 The Club appointed 157-game Footscray defender, Terry Wheeler, as captain-coach for the 1984 season 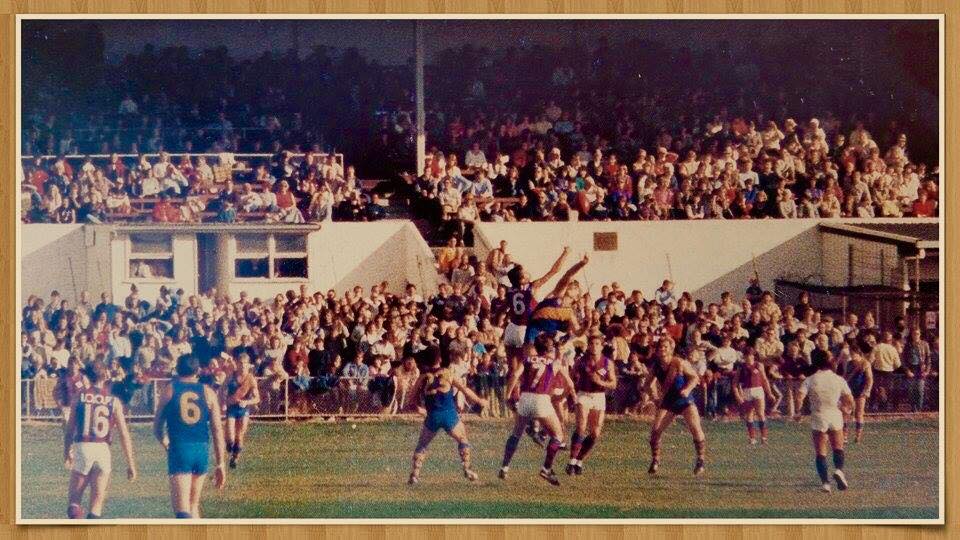 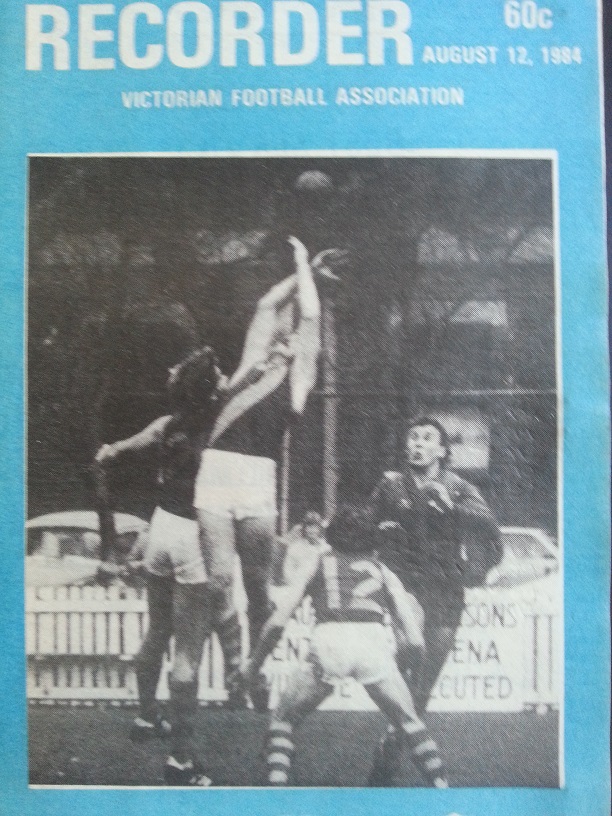 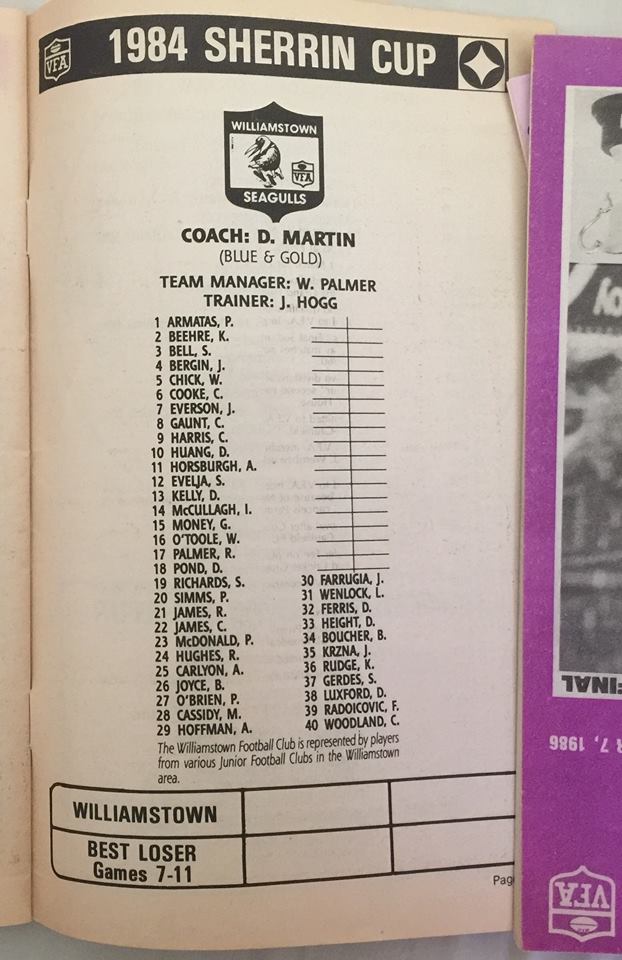 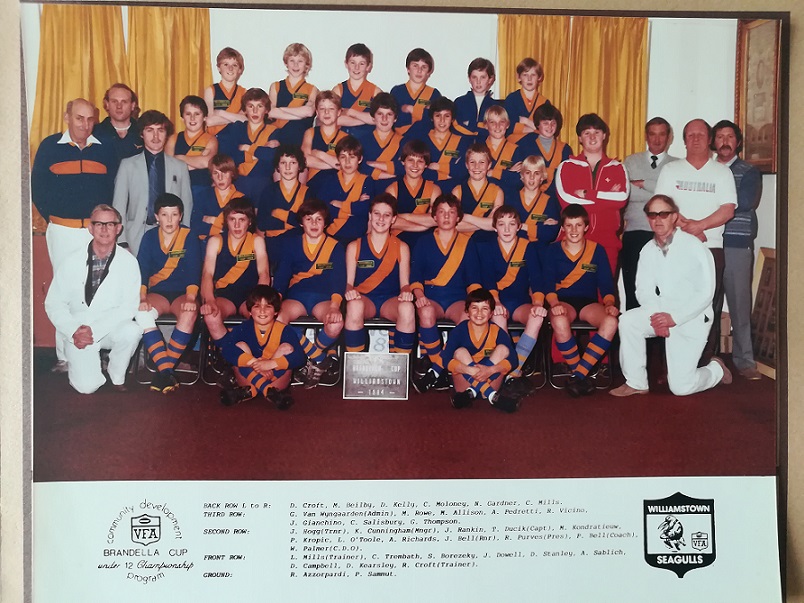 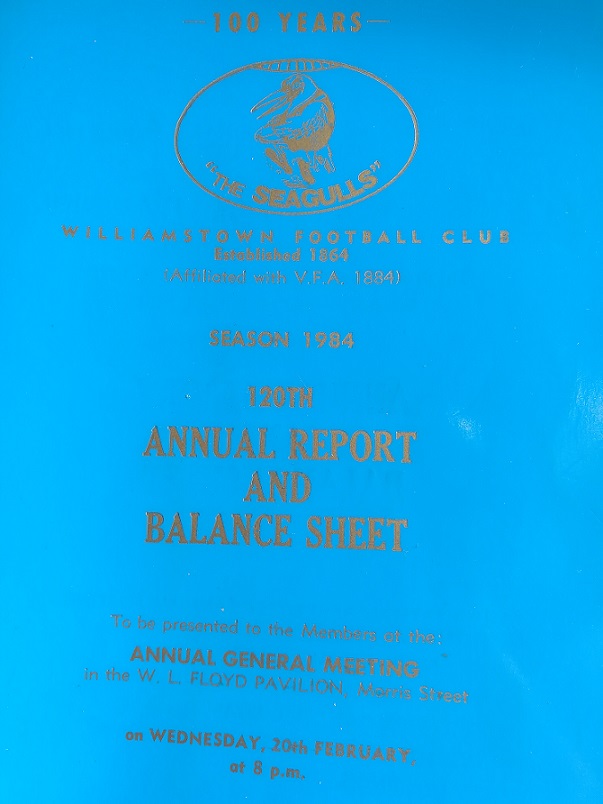 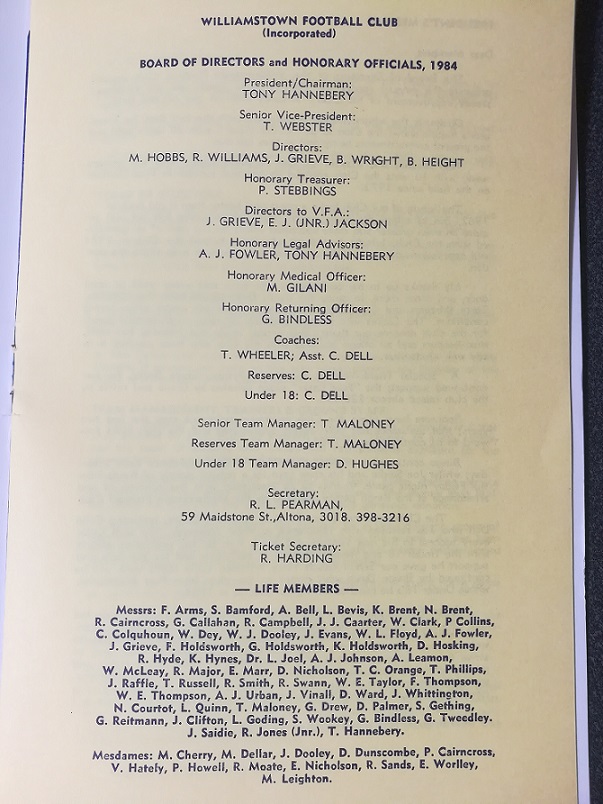 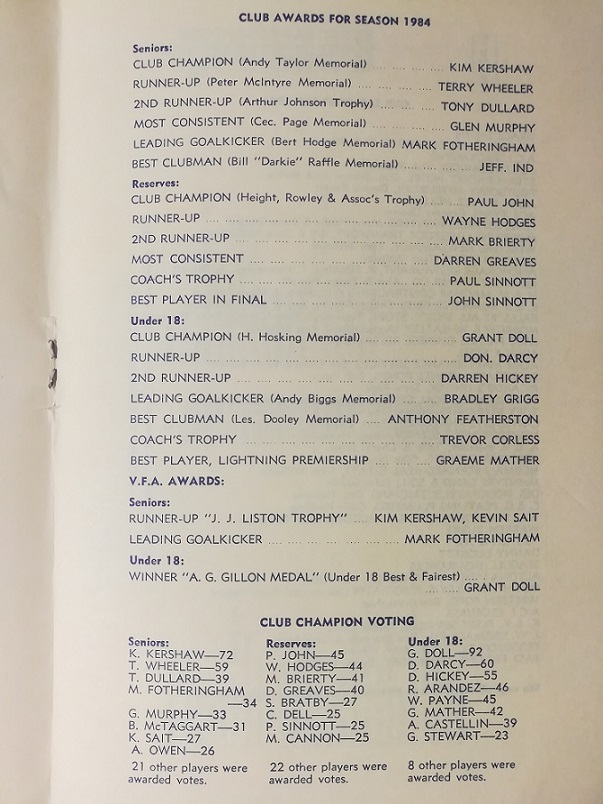 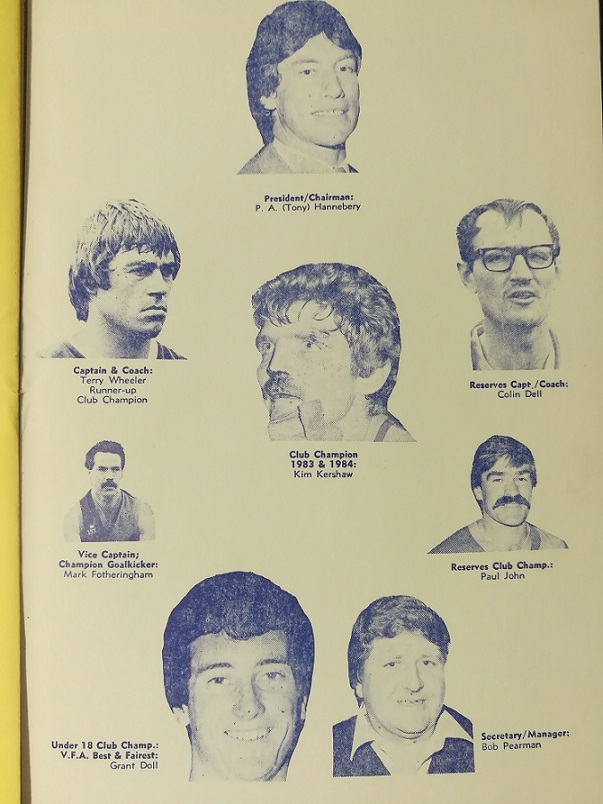