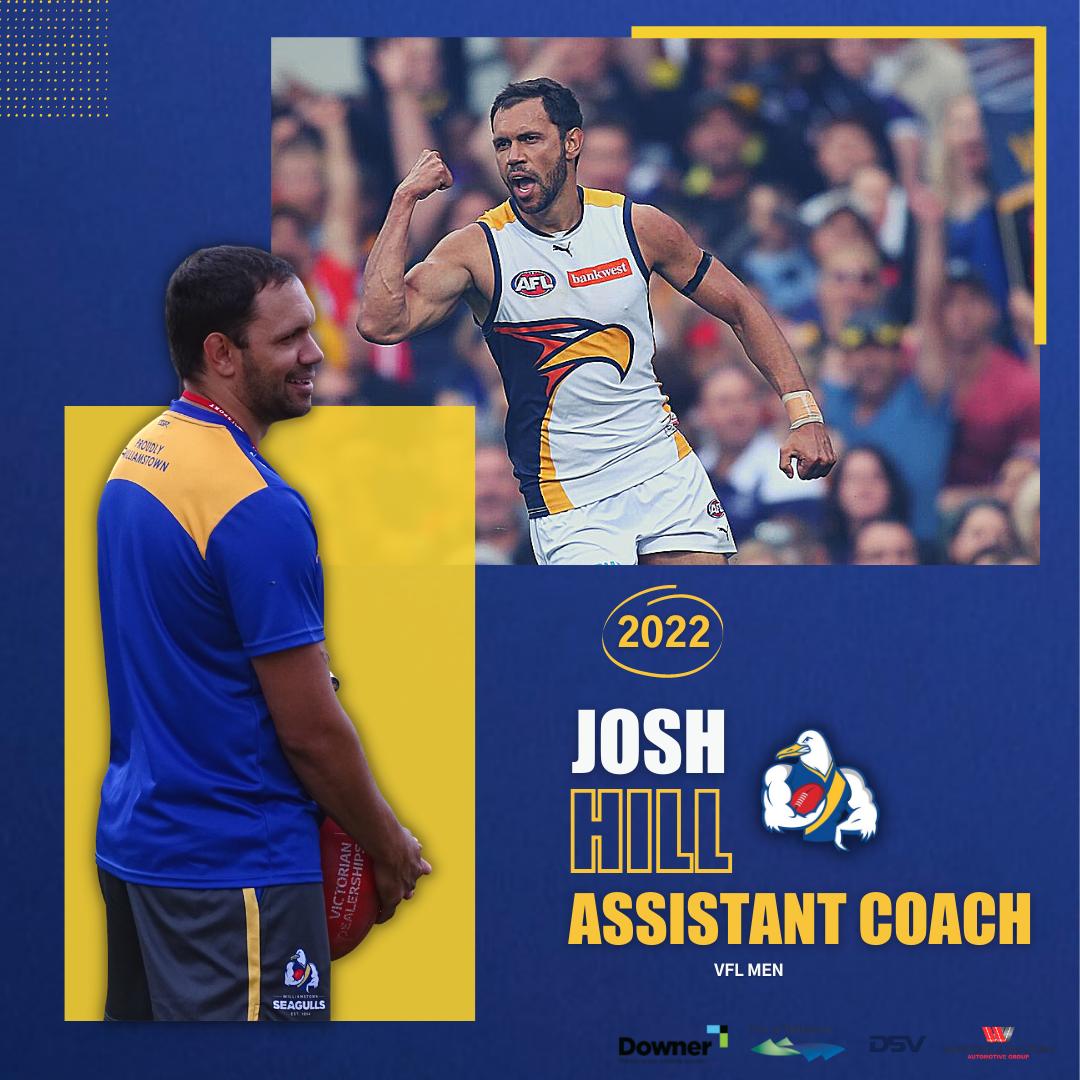 Hill played 173 AFL games for the Dogs and Eagles, making his name as a crafty forward, booting 226 goals in a career spanning 10 seasons.

Hill's appointment finalises the Men's coaching panel for 2022, with an official announcement to come shortly.

Hill's nous and experience as a forward at the elite level will be of huge benefit in his new role overseeing Gulls forwards like Nick Ebinger, Noah Gown, Darby Henderson and more, according to Williamstown Coaching Director and fellow assistant Jeff Andrews.

"It's great to have Josh join the coaching group and finalise our coaching set-up," Andrews said. "Josh brings a wealth of knowledge and technical expertise to our forwards, being only a couple of years out of the game.

"Josh played under two great AFL coaches in Rodney Eade and most recently Adam Simpson at the Eagles."

Hill comes to Williamstown from feeder NAB League club Western Jets, having previously coached St Albans in the WRFL at Senior Level and also the AFL's Indigenous Flying Boomerangs side between 2019-20.