The Williamstown Football Club entered the 1960's as arguably the most dominant team the VFA had ever seen coming off an era which saw them win five premierships in six years. However, the club was at the crossroads with aging stars mixed with new recruits and young talent to take the club forward into a new era of success.

The early years of the 1960's saw Williamstown make the finals in the first three years, coming close to ultimate glory in 1961 when they were defeated in the Grand Final by Yarraville by ten goals. 1961 also saw the VFA make a radical decision to split the competition into two divisions in an attempt to even out the competition. Williamstown joined the top division with most of the other larger and dominant teams of the era.

1963 saw the club unable to make the finals for the first time in ten years. Undeterred by the previous year's performance, the Seagulls conjured an emphatic turnaround the season following that saw the club into another grand final against Port Melbourne, only to fall short of their 11th premiership flag.

After missed opportunities early in the decade to achieve success, the club then entered a period of concern after disappointing seasons in 1965-66 saw the Seagulls become a shadow of its former self. 1967 saw Williamstown record its worst season in history at the time, 'winning' the wooden spoon and subsequently falling back to second division for 1968.

Looking to bounce back, the side came tantalisingly close to returning to division one, only to go down to Geelong West in the grand final of 1968 by two goals. Although not totally dismayed by the previous year, the club was finally able to achieve the ultimate success from its fourth try of the decade, defeating Sunshine by 20 points in the 1969 Grand Final and thus promoted back into Division One at the beginning of the 1970's. The first's premiership was capped off with premiership wins for both the seconds and thirds.

In May 2017, at an event held at the Club's Seaview Function Centre, a Team of the Decade from the 1960's was announced. The team selected can be seen below. A report on the night can be viewed at this link:  http://www.williamstownfc.com.au/news/10-latest-news/705-1960-s-team-of-the-decade-announced 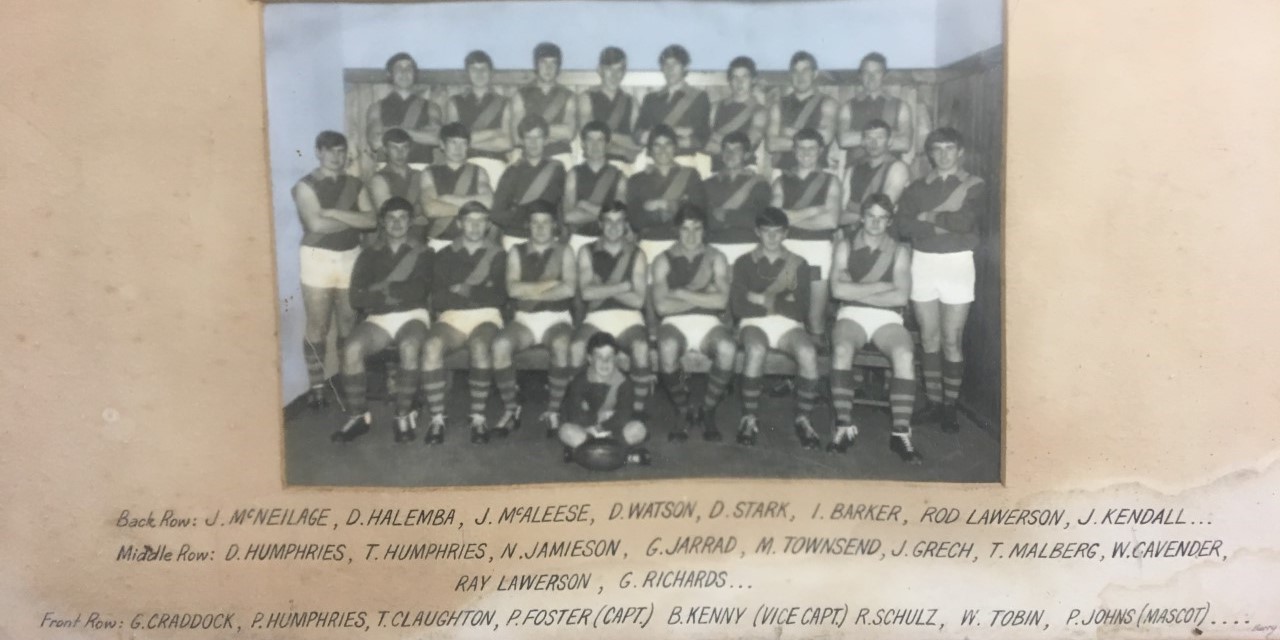 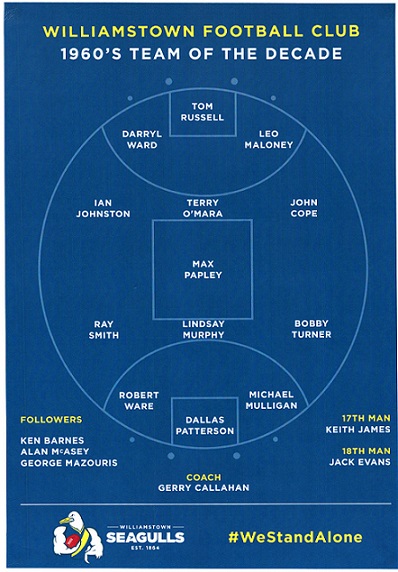 The 1960's Team of the Decade was announced at a function in May 2017, with Max Papley being elevated to Legend status in the Club's Hall of Fame, joining the late Ron Todd, Ray Smith, Gerry Callahan, Barry Round & Ian Rickman. 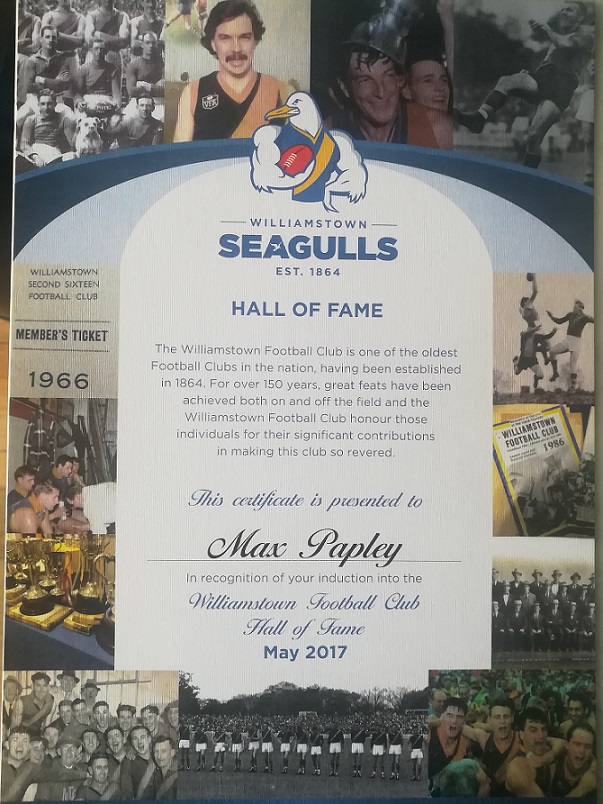