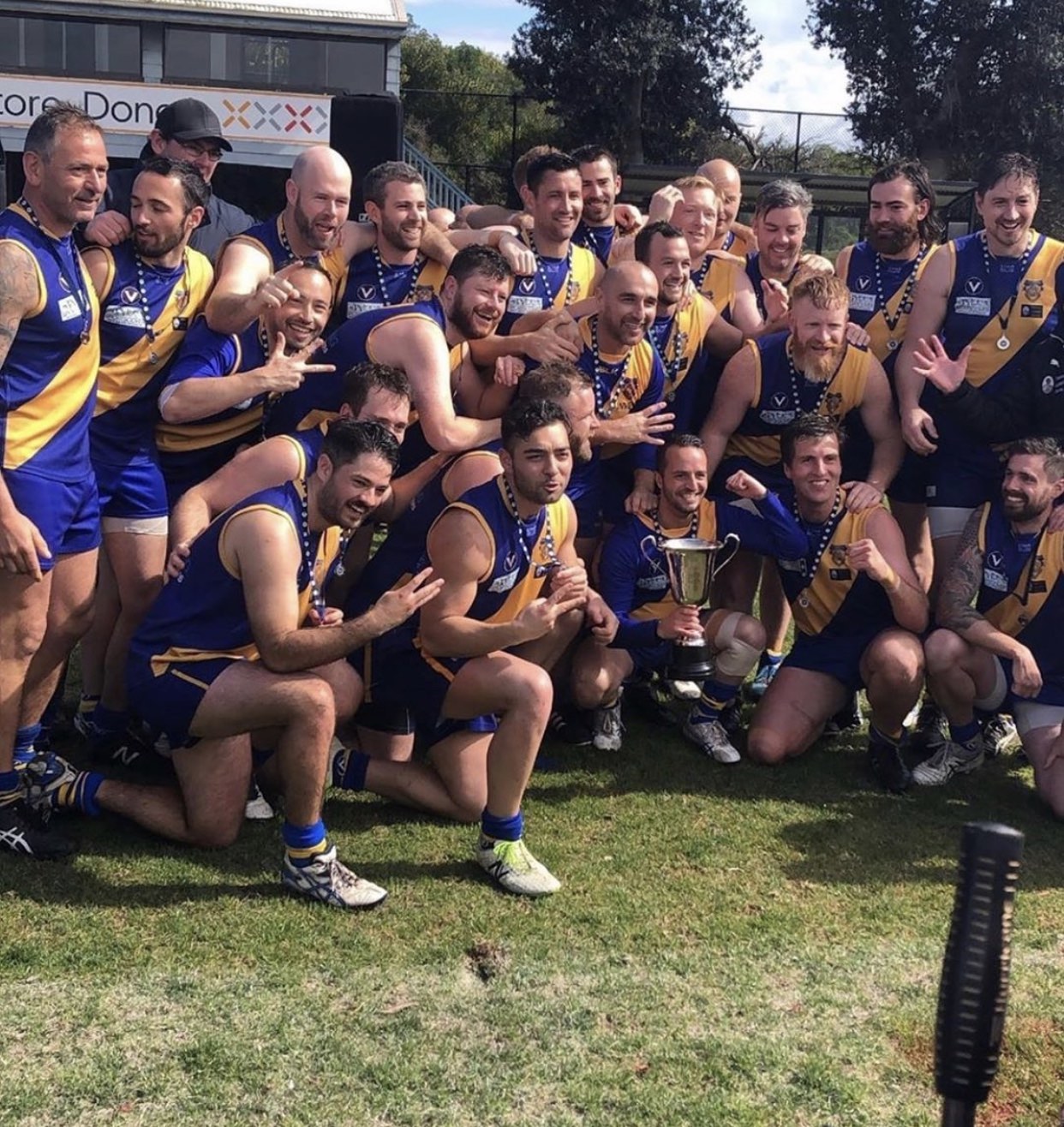 With Williamstown's VFL side in another grand final and chasing its 17th premiership this Sunday, the town is well and truly up and about with several community clubs also enjoying the same success this September.

Williamstown Super Rules won the 2019 Premier Supers against Parkdale by six points. North Men's over 45s also made the grand final but unfortunately went down to Box Hill North by a mere four points.

It was a similar feeling of joy with the Williamstown CYMS Under 19s who were 19 points superior in their grand final victory over St Johns OC on September 7.

Attention will now turn to the Williamstown CYMS Seniors who will face Ajax in the Premier C grand final this Saturday, 2:30pm at Trevor Barker Oval and look to finish off the 2019 campaign undefeated.

The Reserves side will lock horns with Old Ivanhoe Grammarians at the same venue at 12pm prior to the Seniors game in what will be a great day for the club.

Former player Saade Ghazi's Altona, after finishing on top of the ladder and earning a grand final berth after downing Deer Park in a semi final, will again face the Lions for Division 1 WRFL glory.

The Williamstown Football Club congratulates all local sporting clubs on their efforts in 2019 and wishes both Altona and Williamstown CYMS Seniors and Reserves all the best in this week's grand finals.