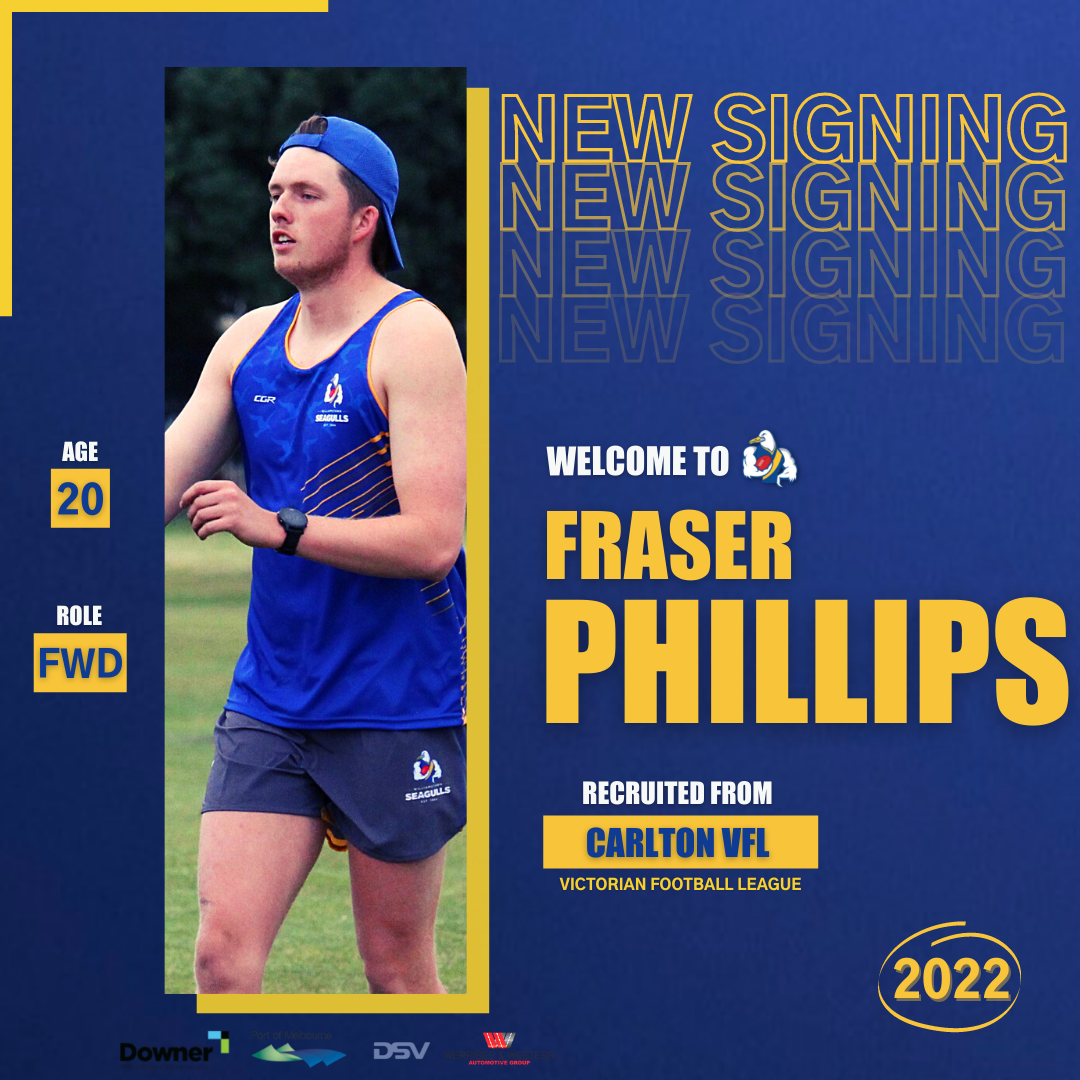 Williamstown has confirmed another signing for the VFL Men's program, with Fraser Phillips joining the club for 2022. Phillips arrives from Carlton's VFL side as a creative left footer who can be deployed in a number of positions.

The 20-year old is a Gippsland Power product and was part of Carlton's AFL list in 2020, drafted with the Blues' final pick in the 2019 AFL Rookie Draft. Despite not cracking a senior game during the interrupted season, Phillips continued on with the Blues' VFL side in 2021, averaging 14 disposals despite some struggles with injury.

Seagulls Men's coach Justin Plapp says he is excited to have another player out of the AFL system join the club.

"Fraser is a quality young man who comes with AFL experience," Plapp said. "He had some injuries which stagnated him last year, but we see Fraser coming in and adding a different element to our footy club.

"His ability to use the ball and his deceptive agility will be big for us, and we see him playing a few different roles across half-forward to the wing. He brings a point of difference to our club that we wanted."

Phillips was the leading goal kicker for Gippsland Power in his draft year in the NAB League, and comes with a talented family lineage too- his father Garry (Geelong) and grandfather Ken (South Melbourne) all playing league football.

Phillips is the fourth official signing for the Seagulls Men's program, following from Mitch Langan, Noah Lever and Mitch Cox, with many more to come.