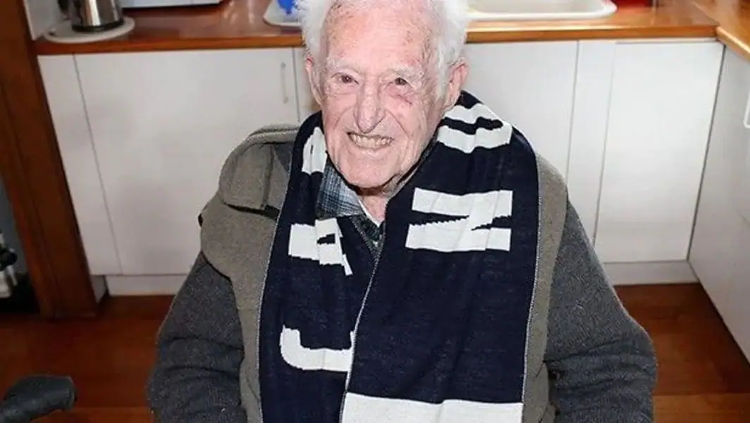 Williamstown, Carlton, Richmond, the VFL and quite probably the VFA’s oldest living player, Keith Stanley Rae, peacefully passed away at a Mornington Peninsula nursing home on December 23 at the age of 104.

The Club passes on its condolences to the Rae family.

The oldest of five siblings, Keith was born in his grandfather’s Stags Head Hotel on July 30, 1917. He completed his schooling at South Williamstown Primary School and then Footscray Technical College before taking up a welding apprenticeship at the Williamstown naval dockyards.

Keith began playing senior football for Williamstown in 1937 at the age of 19 after graduating from the Seconds and Williamstown District and Williamstown Juniors before that. He debuted in the forward pocket in the round 5 game at Williamstown against Brighton in a 21-point defeat. The Williamstown Chronicle remarked that ‘Keith Rae was not too prominent, but just missed the big opening on four occasions to score behinds.’ Keith retained his place in the team for the remainder of the season to play 12 games in his initial senior year. The highlight of his season was a best-on-ground display at Coburg in round 8, Keith’s first game in the centre. Williamstown won just 4 games for the year and finished tenth of 12 teams and Keith was awarded the best first-year player trophy.

Keith started 1938 in fine form but was injured in the round 2 clash at Williamstown against Camberwell and did not return to the team until round 6 at Sandringham. Keith missed only two more games for the year and was switched to full-forward in round 9 with immediate success, booting 5 goals against Preston at Williamstown and following that up with another 5 at Elsternwick Park against Brighton. Keith played 11 games for the year, booting 23 goals and being voted the most popular player for the season. In a disastrous year, the team won just two games and finished last on the ladder.

Keith returned to the centre in 1939 following the recruitment of Harry ‘Soapy’ Vallence, the champion goalkicker from Carlton. Following a best-on-ground performance at Coburg in round 5, Keith was again moved to full-forward due to Vallence’s unavailability due to a back injury for the round 8 game against Prahran at Williamstown and kicked another 5 goals as well as 6 behinds. 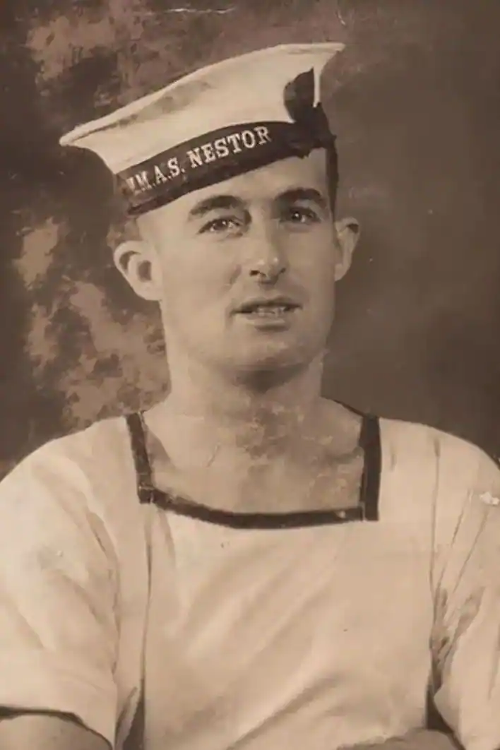 The Second World War intervened in Keith’s football career and he was called up by the Navy in 1940 to serve on HMAS Nestor, which was attacked and sunk by German planes and boats in June 1942 in the Mediterranean.

He survived and returned to Australia in 1943 where he resumed playing with Carlton and appeared in a further 13 matches before returning to service in 1944 and 1945. In May 1946 Keith was discharged from the Navy and switched to Richmond where he played two senior matches late in the season, against Collingwood at Victoria Park and against Geelong at Punt Road. He also played 13 games with the Seconds, including their thrilling one point win over Fitzroy for the premiership.

Keith was cleared back to Williamstown in June 1947 by the Tigers but he never played senior football again for the Seagulls.

Keith was also a promising cricketing all-rounder and played for Williamstown Cricket Club, winning their bowling averages in 1936/37, playing in a premiership in 1946/47 and was selected in the VCA Colts XI after leaving school. He also played District cricket for South Melbourne for 5 seasons and made an undefeated century in 144 minutes in December 1950 before returning to Williamstown.

More can be read of Keith’s amazing life HERE

Tribute compiled by and with thanks to Gerard Drew.