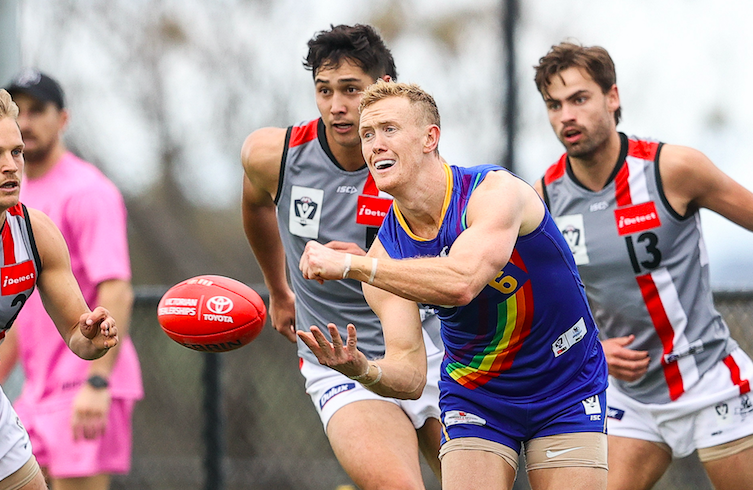 The eagerly anticipated 2022 VFL Men's season will begin on the weekend of March 26-27 next year, with the AFL confirming details for the upcoming campaign today.

The AFL confirmed the VFL season will return to an 18-game home and away season in 2022, featuring 22 rounds- with all 21 clubs receiving four byes each. In good news for loyal Seagulls supporters, each club will receive nine home games as we welcome them back to the footy. Matches, dates and start times will align with the AFL fixture wherever possible.

The salary cap has also increased by $20,000 on 2021 to $220,000 for the VFL standalone clubs, with AFL and AFL-aligned clubs moved up to $110,000. In further changes, standalone club list size will remain at 40, consisting of 28 primary players and 12 development listed players. The 23rd-player rule will also return, with standalone clubs required to select six players under the age of 22 each week.

"Our VFL clubs have been pillars of Australian Football and their local communities for many years and they have been missed during an interrupted two seasons," AFL State League competition manager Jennie Loughnan said.

"The return of VFL in 2022 provides excitement back to these communities who have been through a challenging period with limited football."

Justin Plapp's Seagulls have already returned to pre-season training, and have confirmed the signings of Mitch Cox, Noah Lever and Mitch Langan so far ahead of the new season.

Details surrounding the 2022 VFLW season will be provided once finalised.

- Concessions of $10,000 outside of the cap allowed for development coaches and $5000 for Indigenous coaches

- Development lists are comprised of two tiers- Category A (NAB League/Northern Academy players who are still in the talent pathway aged under 22, and Category B (NGA graduates, alternative sport athletes or Indigenous players of any age provided they haven't made their VFL debut)

- Clubs can make a maximum of 16 changes to their list during the regular season (6 primary, 10 development). Any player who is signed after June 30 will need to play three matches to qualify for finals.