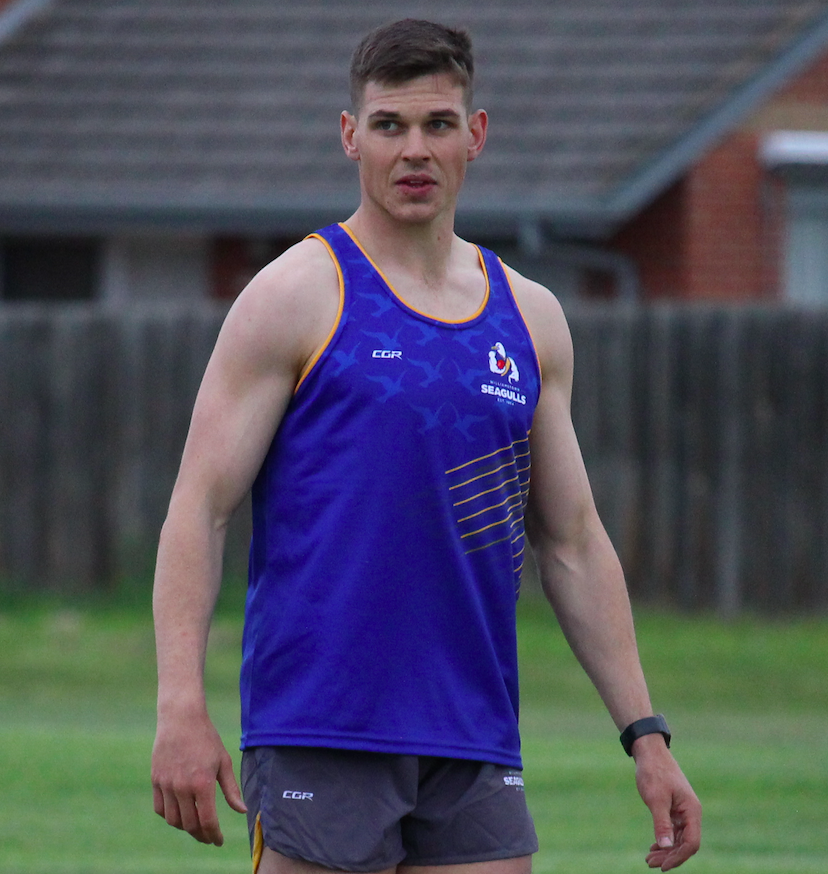 Cox is the third official signing for the Seagulls Men's program, following the announcements of Geelong Falcons graduates Noah Lever and Mitchell Langan.  Cox arrives from Frankston where he enjoyed a breakout 2021, where he established himself as one of the top-line players in the competition after an impressive campaign.

The 24-year old averaged 22 disposals across 11 matches for the Dolphins this season, playing across every line on the ground with equal effect, which will give Gulls coach Justin Plapp a good headache ahead of 2022. Cox began the season in defence, averaging over 20 touches and five intercept possessions in the opening five weeks, before a shift to a mid-forward role reaped even greater dividends.

From round six onwards, Cox averaged 23 disposals, four clearances, eight score involvements and two goals per match. The burst of form included two eye-popping games, registering 5.1 from 28 disposals against the Northern Bullants and the 4.2 from 20 disposals against Port Melbourne. Cox's versatility has caught the eyes of AFL recruiters, and the 190cm utility has nominated for the upcoming AFL Draft alongside new Seagulls teammate Charlie Dean.

We wish Mitch the best of luck in the draft, and if his AFL dream doesn't eventuate Gulls fans will see him in the Blue and Gold in 2022.