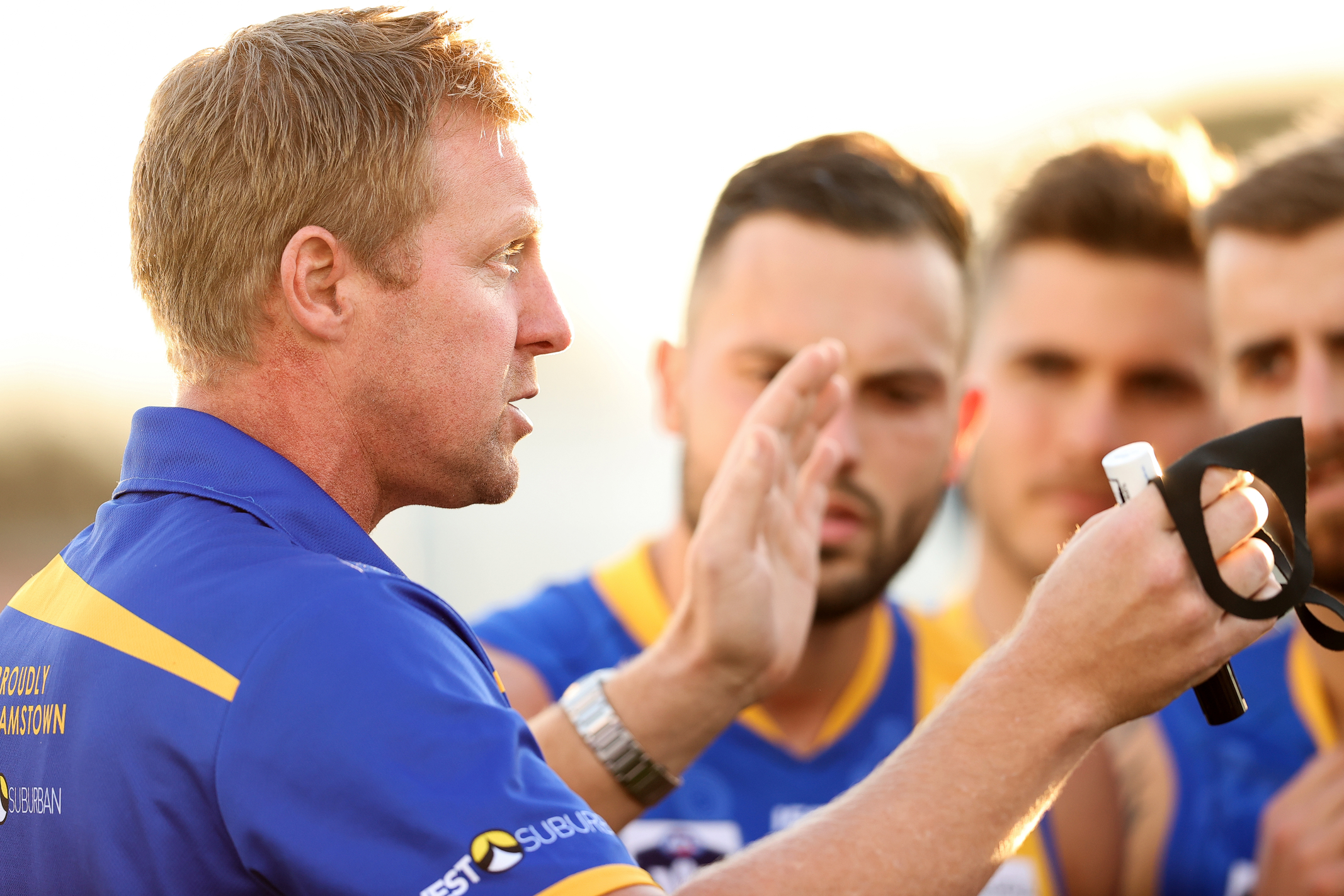 VFL Coach Justin Plapp believes there is hope for an opportunity to play finals when the VFL season resumes this weekend against Coburg.

“All we can do is our part in what’s needed, and fingers crossed that we get back out there soon and hopefully when we do get back out, we get consistent, and we get a crack at an opportunity to play finals,” Plapp said this week prior to lockdown ending.

While lockdown has it's difficulties, Plapp said that it has allowed the coaches to plan for different opposition, even if they’re not sure who they are playing in the long-term.

“I’m planning as I would to any other game, not knowing really what’s going to happen next week," he said. "Hopefully, things fall our way, but you know that’s all we can do. You can just keep ticking the boxes and what being in isolation does, it actually makes you sit and watch because you haven’t got a lot to do.

“So you can really pick the eyes out of what the opposition are doing and the trends and themes around things that you could exploit and try and put into place. So, there’s a lot of vision watching, but from a planning point of view, nothing really changes."

Plapp also said that checking in with players was one of the keys to keep the club connected throughout this latest lockdown period, echoing the thoughts of skipper Adam Marcon last week.

"The roles that we play as coaches are to check in, continually build those relationships and connect with our players so they can have trust in having conversations with us around," he said.

"You know the struggles they have because let's face it, it's a pretty unmotivating period that we go through. So, our biggest challenge is to keep our players motivated during to do the work. The coaches play a pretty significant role in touching base and connecting with the players. We've done the work and we're certainly not sitting on our hands hoping things happen."